15 Greatest Motivational Quotes by Athletes on Struggle and Success

Being a top athlete takes a lot of grit and perseverance. Because just when you gave your best and thought you will rise to the top is exactly when you might fall flat on your face. Not everyone can deal with such a level of competition. That’s why top athletes have a great amount of wisdom to share with others.

Here are the greatest motivational quotes by athletes on struggle and success: 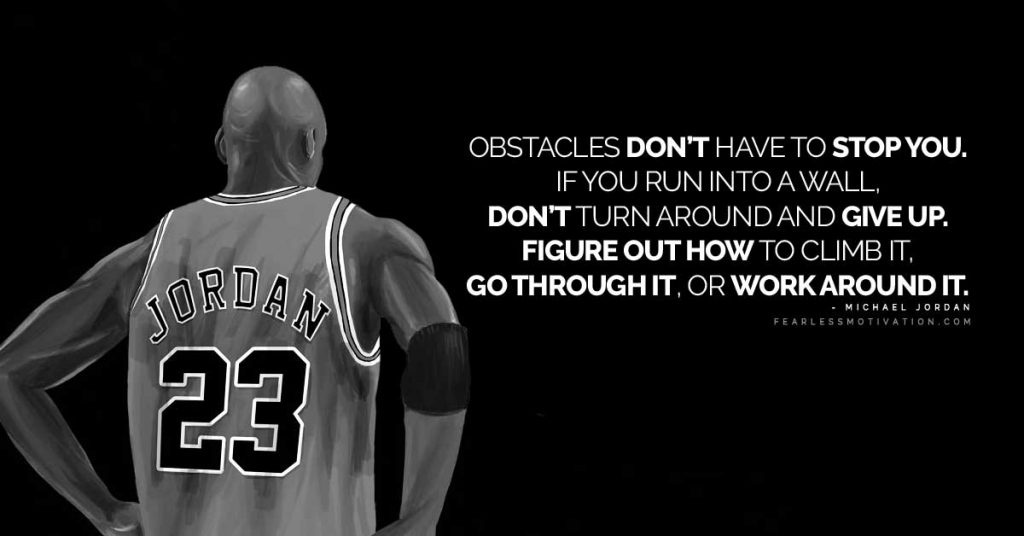 1. Obstacles don’t have to stop you. If you run into a wall, don’t turn around and give up. Figure out how to climb it, go through it, or work around it. – Michael Jordan

Everyone faces obstacles. What matters is how you deal with them. Some break through them with their sheer will and others give up. The choice is entirely yours.

2. The hardest skill to acquire in this sport is the one where you compete all out, give it all you have, and you are still getting beat no matter what you do. When you have the killer instinct to fight through that, it is very special. – Eddie Reese

The toughest thing you can do is to beat the best version of yourself. Most people never develop their best version. And if you’re among the few who do, be ready to get knocked down and face the challenge.

3. In baseball and in business, there are three types of people. Those who make it happen, those who watch it happen, and those who wonder what happened. Tommy Lasorda

If you have a dream, work your ass off and make it happen. If you can’t find a way, then make a way. When your intentions are powerful and unyielding, beautiful things happen. This is one of the most motivational quotes by athletes. 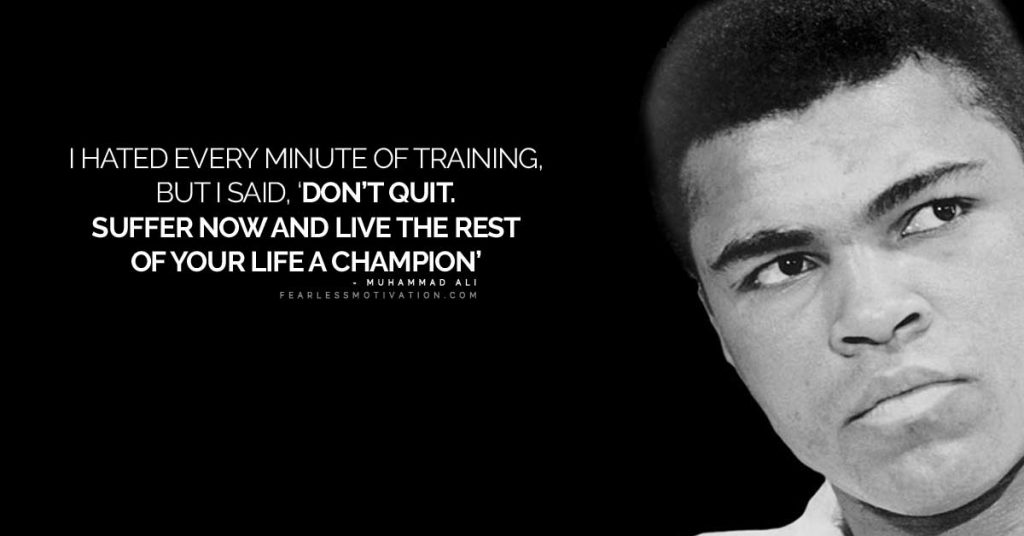 4. I hated every minute of training, but I said, ‘Don’t quit. Suffer now and live the rest of your life a champion’. – Muhammad Ali

There’s no glory, no satisfaction in being average no matter your field of work. Always strive to be one of the greats, if not the greatest. The beauty of life lies in overcoming challenges and realizing your own power in the process

5. I’ve missed more than 9,000 shots in my career. I’ve lost almost 300 games. 26 times, I’ve been trusted to take the game winning shot and missed. I’ve failed over and over and over again in my life. And that is why I succeed. – Michael Jordan

So many people never realize their dreams because of fear, doubt, and failure. With each failure, we learn a better way to do things and if we persist, nothing can stop us from succeeding. This is one of the greatest motivational quotes by athletes.

7. He who is not courageous enough to take risks will accomplish nothing in life. – Muhammad Ali

If you want to be great, you have to take risks. Think of Elon Musk, he took a huge risk by believing that he could take us to Mars in a few years. But because of his enormous success and grit, everyone wants to work with him.

8. Never let your head hang down. Never give up and sit down and grieve. Find another way. – Satchel Paige

Instead of wallowing in self-pity, just take a step back and see what you did wrong. Instead of letting your failure weigh you down, use it to climb back up. This is one of the best motivational quotes by athletes.

9. Somewhere behind the athlete you’ve become and the hours of practice and the coaches who have pushed you is a little girl who fell in love with the game and never looked back… play for her. – Mia Hamm

No matter how far you reach, always remember the little child inside and the dream he or she had. Because it is that dream which propels us into grinding every day and turning dreams into reality.

If you are going to try, why not give your best? A half-assed approach never helps. If you raise your standards, you will enjoy the journey because you too will change into a stronger person in the process. A mediocre goal is boring, dull, and doesn’t create any value for anyone. 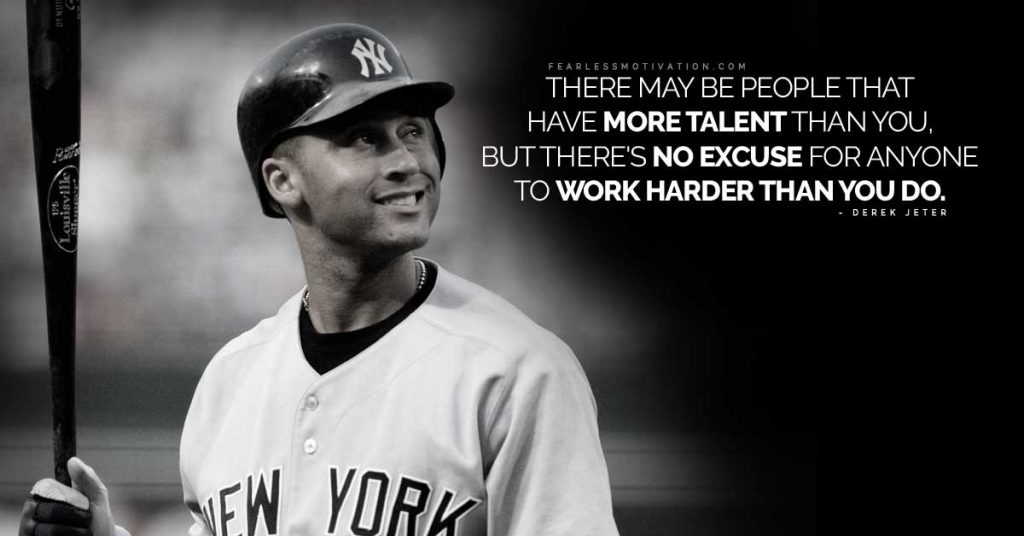 11. There may be people that have more talent than you, but there’s no excuse for anyone to work harder than you do. – Derek Jeter

You have to rely on your work ethic to get ahead in this world. Because it is never about the talent or cognitive skills, it is about the non-cognitive skills such as discipline, courage, vision, and grit. If you want to be in the top 5%, be willing to work like the top 5%.

12. Champions keep playing until they get it right. — Billie Jean King

The shocking truth about success is that most people give up after the first or second try. You might not succeed the first time or the fifth time. If you just stick a little longer, learn what you did wrong and change the course, you will succeed.

Don’t work hard for the present. Always create a vision for the future, see which things are in trend now and where those trends can lead to in the future. You need to have a vision to be great.

The purpose of life is to be of purpose. In the end, the greatest wealth you’ll ever have is the impact you had on others. How are you changing others’ lives for the better? This is one of the best motivational quotes by athletes.

15. It isn’t the mountains ahead to climb that wear you out; it’s the pebble in your shoe. – Muhammad Ali

It is not your goals that are scary, it is your lack of belief in yourself that makes it look scary. Do everything you can do to enforce belief in yourself. Build a strong work ethic, challenge yourself with bigger and bigger goals. As within, so without.