Barack Obama overcame the odds in 2008 to become the 44th President of the United States. Breaking new ground by becoming the first African-American to hold the office.

After gaining a law degree from Harvard he worked as a civil rights lawyer in Chicago, where he met his future wife, Michelle. Elected to the US Senate in 2004, despite being relatively inexperienced in 2008 he decided to put his name forward as Democratic presidential candidate.

Making use of social networking, his generous charisma and grass roots support he out-manouvered two experienced campaigners in John Mcain & Hilary Clinton seeing his dream of becoming US president a reality. His against the odds victory and re-election in 2012 inspired people all around the world to believe anything is possible.

Use these six Barack Obama quotes to unleash the leader within you. 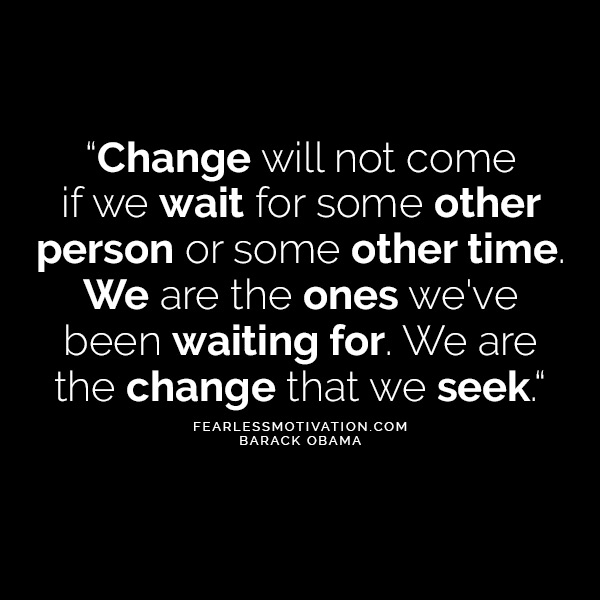 If you want things to change you have to change. There is no way you can expect people to make the necessary changes in your life. True leaders know when to step up and make the changes needed.

“The cynics may be the loudest voices – but I promise you, they will accomplish the least.” — Barack Obama Quotes

The loudest people, online and offline, are usually the ones doing the least. Don’t worry about them. Learn to tune out the negativity and focus on what you are trying to accomplish. Don’t let others who have lost their purpose get in the way of fulfilling yours.

“If you work hard and meet your responsibilities, you can get ahead, no matter where you come from, what you look like or who you love.”— Barack Obama

Hard work and effort always win. No matter where you are from, what your parents did or what your skills are, you can achieve anything with hard work.

The people that say you can’t have a negative, limiting belief that is holding them back. Choose not to listen to them and keep moving forward.

“Where we are met with cynicism and doubts and those who tell us that we can’t, we will respond with that timeless creed that sums up the spirit of a people: Yes We Can.” — Barack Obama Quotes 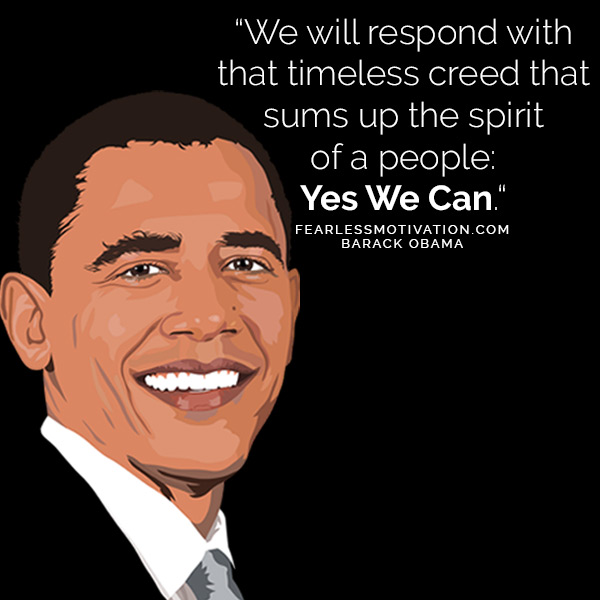 Barack Obama was met with a ton of cynicism and doubt when he announced his intention to run for President of the United States.  But he kept moving forward, ignoring the doubt, hate, and negativity.

President Obama is proof that if you think you can do something you have the ability to make it happen. You must believe that it can happen!

“If you run you stand a chance of losing, but if you don’t run you’ve already lost.” — Barack Obama

The next time you go after a goal and want to quit, ask yourself if quitting will get you closer to your goal? Almost always the answer will be no. Don’t be afraid to fail your way to success.

Use these Barack Obama quotes to unleash the leader that is inside of you.