Steven Spielberg has produced some of the most popular movies and franchises in movie history. From Jurassic Park, Jaws, E.T. and Indiana Jones he has created some of the best films of all time. Despite working in Hollywood for over 40 years he continues to be invigorated and motivated with each film.

He says that each day he wakes up hungry and can’t wait to get to work. That’s the beauty of doing work you love. You’re never tired or have to drag yourself to the office. Steven Spielberg is a great example of following your passion and doing work you love.

Use these Steven Spielberg quotes to find your passion and create a life you don’t need an escape from.

“All of us every single year, we’re a different person. I don’t think we’re the same person all our lives.” – Steven Spielberg Quotes

You don’t have to be the same person you were last year, last month or even yesterday. You have the ability to choose who you are and how you want to show up in this world. Choose to be someone who is leading a life true to themselves. Not only will you be more fulfilled but you will inspire others in the process. 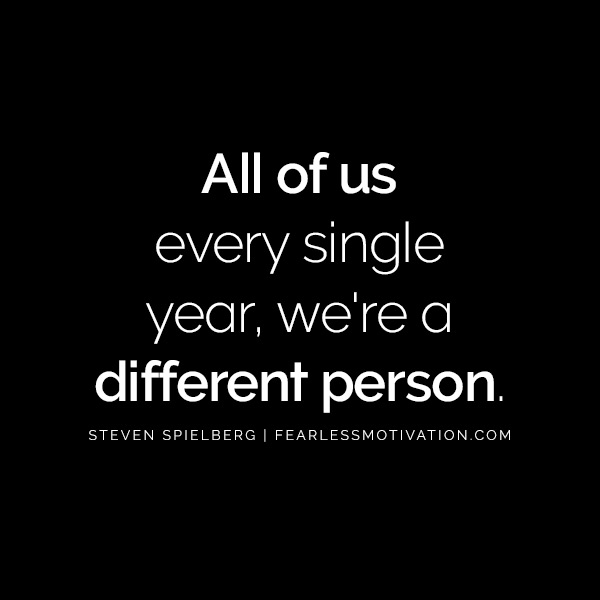 “I’ve always been very hopeful which I guess isn’t strange coming from me. I don’t want to call myself an optimist. I want to say that I’ve always been full of hope. I’ve never lost that. I have a lot of hope for this country and for the entire world. ”– Steven Spielberg

One of the keys to being successful in life is to stay hopeful and optimistic. It’s hard to create an amazing life if you’re negative, depressed or have a pessimistic attitude. Remember, your attitude is a choice. Choose to be positive, uplifting, and hopeful. Not only will your happiness increase but you will positively influence others around you.

“Even though I get older, what I do never gets old, and that’s what I think keeps me hungry.” – Steven Spielberg

Even though Spielberg has been around the industry for decades he continues to wake up motivated and hungry. You can find the same feeling in your life by going after work that you love. Don’t waste another day doing meaningless work without trying to create a better future for yourself.

Find out what inspires you and go after your passion so you can wake up excited each day. Life is too short to do work you hate. “You have many years ahead of you to create the dreams that we can’t even imagine dreaming. You have done more for the collective unconscious of this planet than you will ever know.” – Steven Spielberg Quotes

Never stop dreaming, regardless of age.  Keep dreaming so you can create a life that you will look back on and be proud of.

“The public has an appetite for anything about imagination – anything that is as far away from reality as is creatively possible.” – Steven Spielberg

The entertainment industry thrives because people want an escape from reality. But in today’s world, you don’t need to settle for anything less than amazing. You have unlimited choices for your relationships, jobs, and lifestyle.

Choose to create a life that you love and don’t need an escape from. The most wealthy and successful people got to the top by following their passions. 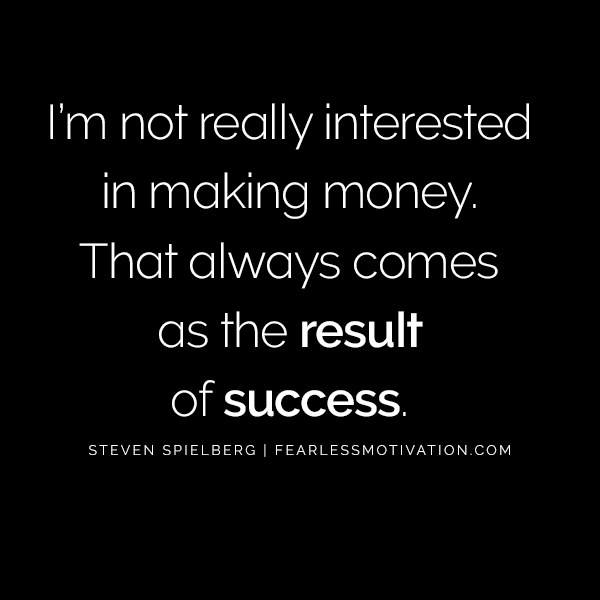 “I’m not really interested in making money. That always comes as the result of success, but it’s not been my goal, and I’ve had a tough time proving that to people.” – Steven Spielberg

Spielberg is proof that you shouldn’t chase money but should instead chase the dream. People might not believe you but if you do what you love eventually you will be rewarded. Plus, it takes no more effort do work you love as opposed to work you hate.

Use these Steven Spielberg quotes to follow your passion and create the future that you deserve.