Do you want to be rich? What are some of the things poor people do that hinder their progress? Dan Lok explains.

Dan Lok is one of the highest-paid consultants in the world. Not only is Dan a powerful keynote speaker and sales coach he owns a portfolio of highly successful business ventures.

Dan Lok lets his results do the talking. He has authored over 12 bestselling books and been a TEDx opening speaker on 2 separate occasions.

Dan reveals some of the beliefs and habits that are keeping you poor. Watch his video below to find out what 7 things poor people do that the rich don’t.

The 7 Things Poor People DO That The Rich DON’T

Warren Buffett the third richest man in the world, still aims to read 500 pages every single day. He knows the knowledge gained is priceless.

In fact it’s a remarkably common theme among the world’s most successful people. They all swear by reading as much as possible. So throw your TV out the window and pick up a book that will improve you as an individual and begin the process of becoming the best version of yourself.

It’s important to grasp that results are the real currency of the world, not effort. For some this is a shocking revelation.

It does not matter if you are the best at your specific job. If you are not contributing to the bigger picture you will be seen as just another number.

Don’t be afraid of making big moves, shock everyone and change the world.

Don’t fall into the blame trap. Blaming external circumstances take away your power! No matter the challenge, it is your responsibility to change it.

Rich people gain self confidence from knowing that their lives are in their own hands if they want better they do better. Stop blaming, start acting.

As Dan Lok said “you don’t have a saving problem, you have an income problem.” If you’re broke you need to make more, not save more. One of the things poor people do is stress over money, rich people see it as a tool, a resource that can be used to get to where they need to be.

Money saved money does not grow, put your money to work, don’t squirrel it away for when you’re too old to live your best life.

5. Poor People Think They Have All The Answers

If you ask a poor person why they are poor they will give an answer or rather their belief, why they are poor.  One of the things poor people do is talking about other people rather than ideas. Poor people tend to be opinionated about anything that is outside their realm of influence. Rich people are continuously learning, continuously growing and stepping out over their own boundaries in the search for self development.

What’s worse than people than have an opinion on everything? People that listen to them! It does not matter how perfectly you do things or how successful you become there will ALWAYS be haters. Haters will drag you down to their level if you let them, that’s all they want, to feel equal.

Put the blinkers on, don’t look back, you’re not going that way.

Money can be used for good or evil. While it’s true there are evil people with money in the world, most of the richest people in the world are extremely charitable. Money is just an object and people who see it as being evil are generally just using that as another excuse because they fear going after their dreams.

Be the change you want to see in the world, becoming wealthy comes with the privilege of being able to help others. Become wealthy and make the world a better place.

One of the things poor people do, is believing in fantasy like winning the lottery or that they’ll just ‘get lucky.’ You make your own luck! stop dreaming and start doing. Success is not a lottery, you don’t become successful by wishing. You become successful by consistently taking massive determined action!

Decide where you want to be and don’t stop until you get there. Make it happen.

Seven things poor people do that the rich don’t. | Transcript

How many hours have you spent in front of the TV, and when was the last f***ing time you read a book?

How many books do you read per year?

Let’s say you’re working at McDonalds, you may be the best floor cleaner on the planet ever, but what value do you bring to McDonald?

Rich people, we get paid on results, not time invested. Let’s say we’re working on a product, we spent a year creating, perfecting the product, we bring it to the marketplace, and it sucks, it bombs, it doesn’t make us a dime. The world doesn’t give a f***. We don’t make money. Nobody cares how much time, blood, sweat and tears were put into creating a product and bring it to the marketplace. How much risk that we take, they don’t care. What they care is results.

That’s why the highest paid athletes in the world, they don’t get paid by how many hours they practice, how many times they invested, no, it is how much they perform. They get paid based on performance.

Number three, poor people, they blame others for their misfortunes. Rich people, we take responsibility for our own failures. 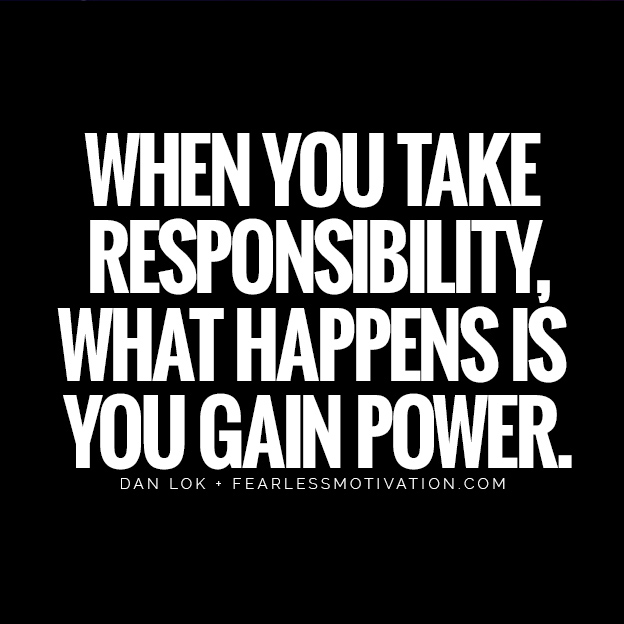 You know what? Don’t drink that Starbucks coffee in the morning, try and save a few dollars here and there. Don’t fly first class, fly economy. Always try to save a few dollars. Well, here’s the thing, a penny saved is still a f***ing penny.

You’re not gonna get rich by trying to save a few bucks. You don’t have a saving problem, you have an income problem. You need to earn a lot more money, so you can invest.

You see, poor people are always very opinionated. They always want to tell the world about their opinions, about politics, about sports, about society, about the government, about every single thing that’s around them. Versus being humble, willing to learn. Rich people, we’re always learning. We’re asking questions, we are listening, we are reading books, continuous learning. Versus, saying that I’ve got an opinion about f***ing everything. You know why they always have an opinion, poor people? Because the only way to get a little bit of f***ing attention. No different, I can see people, they’re watching my video, watching my sales video, closing video, and I just look at that and I laugh. And they comment, oh Dan you shouldn’t close this way, you should close that way, just say this.

Number six, poor people believe that money is the root of all evil.

No, lack money is the root of all evil. I want you to look at the poorest neighbourhoods. I want you to think about those areas. Crime, drugs problems, all kinds of issues. You see, in the history of mankind, no banks have been robbed by someone pulling up in a Rolls-Royce. It is the survival, it’s the lack of money, that’s causing the issue. Money itself is neutral. Money is like a tool, you can use it for good, or you can use it for evil. It is all up to you.