The world is full of information on how to get rich, yet so many people struggle with money and finances worldwide.

Here are a few shocking statistics that show how much people struggle to earn and save enough money:

So why do people struggle with money so much?

It’s not just one thing, it’s usually a combination of not earning enough, poor spending habits, and a bad money mindset. Patrick Bet-David breaks down the top 10 reasons you won’t be rich in his video.

Keep reading to learn how these 10 problems can be solved and how you can start earning, saving, and investing more money than ever before.

10 Reasons You Won’t Be Rich

In fact, they want to surround themselves with rich people to learn, model, and increase their financial literacy.

If you have a negative outlook toward people that are doing well in life, it’s time to change it once and for all. Instead of being jealous, find ways to be around them and learn from them.

Oftentimes, wealthy individuals were once where you are now. When they find people who are trying to do better and show strong motivation they might be able to help you succeed.

Stop viewing rich people as bad. Remember, that old belief “Money is the root of all evil” is nonsense. The more money you have, the more people you can help in this world.

Don’t forget, the biggest philanthropists like Bill Gates, Warren Buffett, and others happen to be the wealthiest people in the world!

2. You Think Rich People Are Special

I’ve met tons of millionaires and the more I do, the more I realize they’re human beings just like everyone else. The only difference is they’ve upgraded their money mindset and found skills they can monetize.

Rich people monetize skills, learn, and surround themselves with other rich people. That’s why masterminds, seminars, and events can help you find rich people and learn from them.

Quit putting rich people on a pedestal and accept that you can be too if you start changing what’s needed in your life. 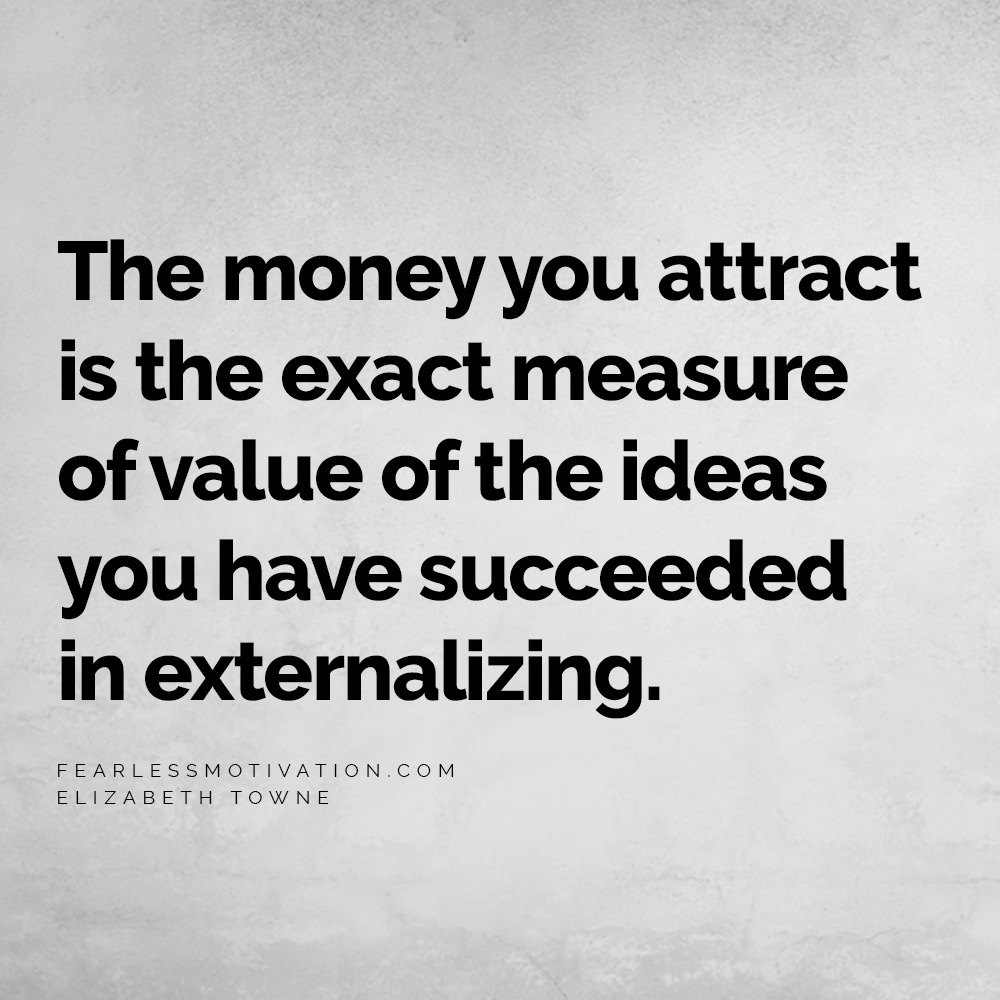 Let me ask… “How much time a week are you spending learning?”

If you’re like most people, the answer isn’t much. In fact, the average person in the United States watches more than four hours of TV per day!

If you want to become rich and successful, you have to invest in yourself by constantly learning. You don’t even have to spend money anymore.

Just go on Youtube or Google and you can learn just about anything. There’s endless content on entrepreneurship, business, and how to make money.

If you do want to learn something more in-depth,  buy an online course or join a coaching program. The information is out there, it’s up to you to learn and implement into your life and business.

4. People Make You Feel Guilty About What You Do

Do you let the opinion of others hold you back from becoming wealthy?

So many people let others opinions negatively affect them. Stop letting people make you feel guilty for what you’re doing in life. Oftentimes, when you’re trying to make changes in your life, people will try to hold you back.

Whether it’s losing weight, starting a new job or trying to become financially free, people will always be there to tell you it’s not possible. Don’t’ listen to the limited mindset of these individuals.

Oftentimes, they are just projecting their own insecurities outwardly. Believe in yourself and don’t listen to the naysayers!

5. You Worry About What People Think About You

One of the most important lessons in life is understanding that no matter what you do, people will judge you. Whether you choose to stay at a dead-end job forever or go after the life of your dreams, people will always judge.

Once you understand that, I hope you realize how important it is to go after your goals and dreams. You’re going to get judged, either way, you might as well do what makes you happy.

Go after what lights you up and makes you feel alive every day. As Les Brown said, “Live your life with passion, with some drive!”

6. You Worry Too Little About the Right People

Instead, try to impress the people that can help your life and business forward. Focus on the high paying customers, mentors, and successful people in your inner circle.

7. You Listen to Everything Your Parents Tell You To Do

Most people’s parents mean well and are always trying to protect their children. But most parents aren’t successful entrepreneurs or millionaires.

Instead of listening to everything your parents tell you to do, start trusting yourself. Then, model successful people who are where you want to be in life.

It’s not disrespectful to your parents to want to do big things in the world. But sometimes, they don’t know what’s best for your goals.

8. Too Loyal to Family Traditions

Almost everything in your life, whether it’s political views, fitness habits, and work ethic, is because of your childhood. At a young age, when kids are the most impressionable, we learn by modeling people in our lives.

This usually means that you end up like your family, the good and the bad sides of them. At a certain point in your life, don’t be afraid to drop old habits and beliefs that are holding you back.

9. You’re an Expert at Making Excuses

If you want to be wealthy and successful, you can’t make excuses anymore. We live in a world full of opportunity. You have to take 100% accountability for your life to make it happen.

Wealthy people are attracted to people with positive and optimistic attitudes. No one wants to be around someone who is negative, whining, and thinks the world is out to get them.

Don’t forget, you have a choice to make your life whatever you want. Sitting around with a bad attitude and blaming your past will not help you become wealthy and successful.

Get out there and take some action in the world. Fail, learn, repeat. If you keep going and find something you’re passionate about, success is inevitable.