Steve Jobs Famous Quotes on Life Success & The Crazy Ones! 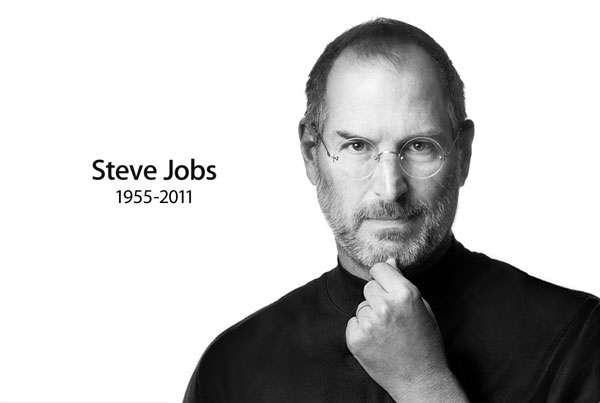 Steve Jobs wasn’t a man who went where the path led, but instead, he created his own path where there was none!

His greatest contribution wasn’t just the Apple Macintosh, but it was the motivation and inspiration he gave to the world by setting his own example of following one’s dreams against all odds.
It was Steve Job’s belief that as long as he was doing what he loved, everything else was going to fall into place and he urged others to live with that same formula for success. The amazing thing is that everything did not just fall perfectly into place for Steve Jobs, but it also brought about an aesthetical revolution in the tech industry making him a legend of inspiration for people from all walks of life.

After all, for all those who believe that success is a privilege of those lucky enough to be born into luxury, Steve Jobs is a perfect example of a man who fought against all odds not because he cared about becoming successful but because he cared about doing what he loved. Success is only a natural by-product of the relentless pursuit of one’s passions.

However, such a relentless pursuit of passion doesn’t come without sacrifices and Steve Jobs wasn’t the kind of man who would shy away from any amount of personal sacrifice for pursuing that which he cared about. At one point, this meant dropping out of his course in college to drop in for classes on calligraphy which at the time had absolutely no practical application to his life. Lacking the financial resources, the only way he could continue to pursue this passion was by sleeping on the floor in his friends’ room since he had no dorm accommodation of his own. He also returned bottles of Coke for a meager five cents that he used for buying food.

However, Steve Jobs has often remarked that if he hadn’t attended those classes on calligraphy, despite all the hardships, he would have never been able to contribute to the wonderful typography that personal computers now have. At that time, he had no idea where it was all going to lead him, but reflecting back, later on, he knew just why everything happened the way it did.
Below are some Steve Jobs Famous Quotes – some truly inspirational quotes on success & leadership from a man who created history by transforming not just people’s experience of technology, but by giving them a vision and a dream for a more beautiful world:

Steve Jobs Famous Quotes on Life Success & The Crazy Ones!

1. “Here’s to the crazy ones. The misfits. The rebels. The troublemakers. The round pegs in the square holes. The ones who see things differently. They’re not fond of rules. And they have no respect for the status quo. You can quote them, disagree with them, glorify or vilify them. About the only thing you can’t do is ignore them. Because they change things. They push the human race forward. And while some may see them as the crazy ones, we see genius. Because the people who are crazy enough to think they can change the world, are the ones who do.” – Steve Jobs

2. “Your time is limited, so don’t waste it living someone else’s life. Don’t be trapped by dogma – which is living with the results of other people’s thinking. Don’t let the noise of others’ opinions drown out your own inner voice. And most important, have the courage to follow your heart and intuition.” – Steve Jobs

3. “Your work is going to fill a large part of your life, and the only way to be truly satisfied is to do what you believe is great work. And the only way to do great work is to love what you do. If you haven’t found it yet, keep looking. Don’t settle. As with all matters of the heart, you’ll know when you find it.” – Steve Jobs

4. “Be a yardstick of quality. Some people aren’t used to an environment where excellence is expected.” – Steve Jobs

5. “Design is not just what it looks like and feels like. Design is how it works.” – Steve Jobs

6. “Sometimes life hits you in the head with a brick. Don’t lose faith.” – Steve Jobs

7. “Bottom line is, I didn’t return to Apple to make a fortune. I’ve been very lucky in my life and already have one. When I was 25, my net worth was $100 million or so. I decided then that I wasn’t going to let it ruin my life. There’s no way you could ever spend it all, and I don’t view wealth as something that validates my intelligence.” – Steve Jobs

8. “Being the richest man in the cemetery doesn’t matter to me. Going to bed at night saying we’ve done something wonderful, that’s what matters to me.” – Steve Jobs

9. “Innovation has nothing to do with how many R & D dollars you have. When Apple came up with the Mac, IBM was spending at least 100 times more on R & D. It’s not about money. It’s about the people you have, how you’re led, and how much you get it.” – Steve Jobs

10. “No one wants to die. Even people who want to go to heaven don’t want to die to get there. And yet death is the destination we all share. No one has ever escaped it. And that is as it should be, because Death is very likely the single best invention of Life. It is Life’s change agent. It clears out the old to make way for the new.” – Steve Jobs

11. “For the past 33 years, I have looked in the mirror every morning and asked myself: ‘If today were the last day of my life, would I want to do what I am about to do today?’ And whenever the answer has been ‘No’ for too many days in a row, I know I need to change something.” – Steve Jobs

12. “You can’t connect the dots looking forward; you can only connect them looking backwards. So you have to trust that the dots will somehow connect in your future. You have to trust in something – your gut, destiny, life, karma, whatever. This approach has never let me down, and it has made all the difference in my life.” – Steve Jobs

13. “Remembering that I’ll be dead soon is the most important tool I’ve ever encountered to help me make the big choices in life. Because almost everything – all external expectations, all pride, all fear of embarrassment or failure – these things just fall away in the face of death, leaving only what is truly important.” – Steve Jobs

14. “If you haven’t found it yet, keep looking. Don’t settle. As with all matters of the heart, you’ll know when you find it. And, like any great relationship, it just gets better and better as the years roll on.” – Steve Jobs

15. “Remembering that you are going to die is the best way I know to avoid the trap of thinking you have something to lose. You are already naked. There is no reason not to follow your heart.” – Steve Jobs

16. “If I had never dropped in on that single course in college, the Mac would have never had multiple typefaces or proportionally spaced fonts. And since Windows just copied the Mac, it’s likely that no personal computer would have them. If I had never dropped out, I would have never dropped in on this calligraphy class, and personal computers might not have the wonderful typography that they do. Of course it was impossible to connect the dots looking forward when I was in college. But it was very, very clear looking backward 10 years later.” – Steve Jobs

17. “I didn’t see it then, but it turned out that getting fired from Apple was the best thing that could have ever happened to me. The heaviness of being successful was replaced by the lightness of being a beginner again, less sure about everything. It freed me to enter one of the most creative periods of my life.” – Steve Jobs

18. “I’m convinced that the only thing that kept me going was that I loved what I did. You’ve got to find what you love. And that is as true for your work as it is for your lovers.” – Steve Jobs

19. “Stay Hungry. Stay Foolish. And I have always wished that for myself.” – Steve Jobs

20. “You have to be burning with an idea, or a problem, or a wrong that you want to right. If you’re not passionate enough from the start, you’ll never stick it out.”  – Steve Jobs