Will Smith Motivation – Greatest Speeches & Videos That Will Change Your Life 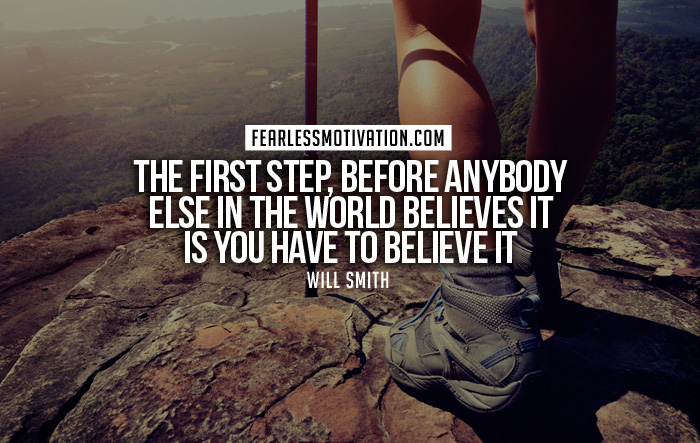 Will Smith is one of the worlds greatest examples of someone who thinks and works his dreams into existence.

Will Smith understands the bigger picture of life. He is grateful and humble, but still strikes you as a guy that would never settle for average. He is full of wisdom, wisdom he has shared across numerous motivational speeches which have now been translated into several motivational videos with multiple millions of views.
Here’s a big dose of Will Smith motivation we know you will love. It might just change your life.

Greatness Is In All Of Us

Greatness is not this wonderful, esoteric, elusive, god-like feature that only the special among us will ever taste – you know, it’s something that truly exists in all of us.
It’s very simple: This is what I believe and I’m willing to die for it. Period. It’s that simple. And that’s all I need to know, so from there you do what you need to do.

“I love living, I think that’s infectious, it’s something that you can’t fake.  ” – Will Smith Motivation

“The separation of talent and skill is one of the greatest misunderstood concepts for people who are trying to excel, who have dreams and who wanna do things.
Talent you have naturally, skill is only developed by hours and hours and hours of beating on your craft.
I’ve never really viewed myself as particularly talented, where I excel is ridiculous, sickening, work-ethic. You know while the other guys sleeping, I’m working, while the other guy’s eating, I’m working. I realised very very young that there’s no easy way around it, no matter how talented you are your talent is going to fail you if you’re not skilled, if you don’t study, if you don’t work really hard and dedicate yourself to being better every single day you’ll never be able to communicate with people with your artistry the way that you want.” – Will Smith Motivation

Work Harder Than Everyone

“The only thing that I see that is distinctly different about me is – I’m not afraid to die on a treadmill. You might have more talent than me, you might be smarter than me, you might be sexier than me you might be all of those things you got it on me in 9 categories. But if we get on the treadmill together there’s two things – you’re getting off first, or I’m going to die. It’s really that simple. You’re not going to out work me, it’s such a simple concept – the majority of people who aren’t getting to places they want or aren’t achieving the things that they want it’s strictly based on being outworked and missing crucial opportunities. I say all the time if you stay ready, you ain’t gotta get ready.” – Will Smith Motivation

One Step At A Time

“You don’t try to build a wall, you don’t set out to build a wall. You don’t say I’m gonna build the biggest baddest wall that’s ever been built. you say, I’m gonna lay this brick, as perfectly as a brick can be laid, and you do that every single day, and soon you have a wall. It’s difficult to take the first step when you look how big the task is. The task is never huge to me, it’s always one brick.  If you get your priorities straight it’s really simple. You don’t have to make a decision about what you’re going to do, you’ve already made that decision ahead of time because passion and emotion in the moment is always going to give you the wrong answer. So if you do the maths ahead of time, its not an issue in the moment.” – Will Smith Motivation

“You know it’s an idea that my grandmother always had, that if you’re gonna be here, then there’s a necessity to make a difference. She always instilled the spiritual responsibility that you have to make every group you come into contact with better.
I want to do good. I want the world to be better because I was here. I want my life, I want my work, my family, I want it to mean something. It’s like if you are not making someone else’s life better, then you’re wasting your time. Your life will become better by making other lives better.” – Will Smith Motivation

It’s unrealistic to walk into a room and flick a switch and lights come on, fortunately Edison didn’t think so. It’s unrealistic to think you’re gonna bend a piece of metal and fly people over an ocean in that metal. That’s unrealistic. But fortunately the Wright brothers and others didn’t believe that. It just seems like such a ridiculous idea to me to embrace the idea that its not gonna happen or that’s not real for that to happen. As soon as you say it now you just made that real.

I have studied the patterns of the universe. There’s a redemptive power that making a choice has, rather than feeling like you’re at effect to all the things that are happening. “ – Will Smith Motivation

“Make a choice. You just decide what it’s gonna be, who you’re gonna be, you just decide. And then from that point the universe is going to get out your way. It’s water, it wants to move and go around stuff. There’s a flow of the universe that I’ve grown to know just how to go with it.” – Will Smith Motivation

“I’ve realised that to have the level of success that I wanna have it’s difficult to spread it out and do multiple things, it takes such a desperate, obsessive focus, you really gotta focus with all of your fibre and all of your heart and all of your creativity.
I’m motivated by fear… Fear of fear. I hate being scared to do something. I think what developed in my early days was the attitude that I started attacking things that I was scared of.
There are so many people who have lived and died before you you will never have a new problem. Somebody wrote the answer down in a book somewhere. Just the idea that everything you need to know someone has written it down.   You can’t be scared to die for the truth. The truth is the only thing that’s ever going to be constant and you can’t fear what might happen to you if you were to tell the truth. Because what happens to you if you don’t tell the truth is worse than telling the truth will ever be.  ” – Will Smith Motivation

Motivational Speech from Pursuit of Happiness

“Don’t you ever let somebody tell you that you can’t do something.” – Will Smith 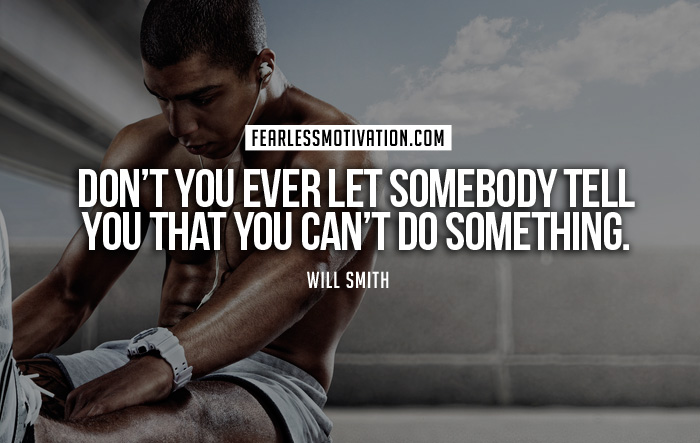 Why Do We Fall – Motivational Video by MateuszM With Will Smith

“You want Something, Go get it. Period.” – Will Smith 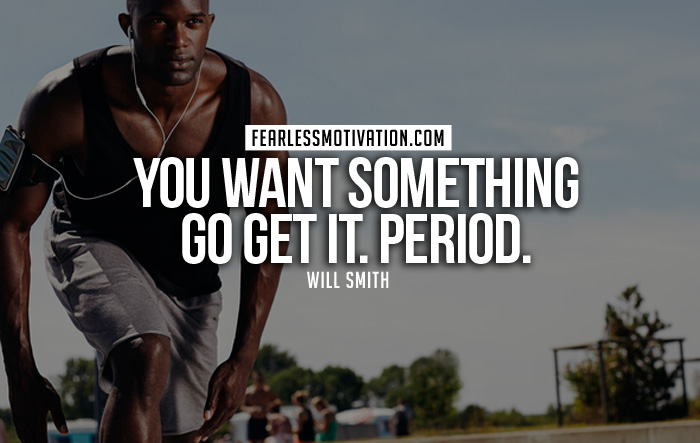 What Is Your Favorite Will Smith Quote Or Speech? Share Your Thoughts Below