Walt Disney was an American entrepreneur, animator, voice actor and film producer. The famous Disney brand makes millions of dollars a year from merchandise, movies and theme parks around the world, but it wasn’t always smooth sailing. Early in his career, a newspaper editor fired Mr Disney because “he lacked imagination and had no good ideas.” But, he persisted, and eventually created what we know to be one of the most creative brands in the world today. Here are 11 Inspiring Walt Disney Quotes To Ignite Your Imagination! 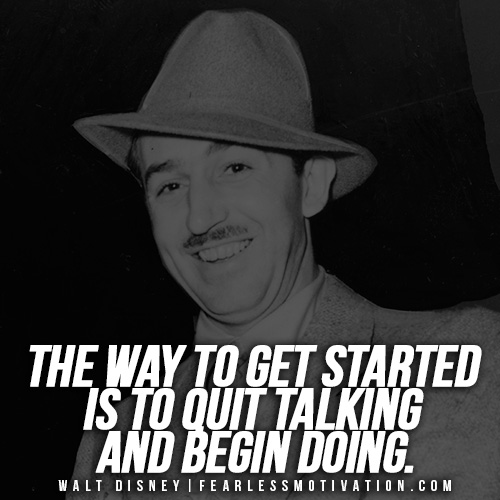 1- The way to get started is to quit talking and begin doing. Walt Disney Quotes

Action follows intention. You won’t achieve anything in life if you dream all day long but do not DO anything towards those dreams.

Explore. Be childlike in your curiosity. While everyone else is busy being serious, why don’t you have a little fun? Fun and creativity go hand in hand, and if you want to achieve success ahead of your peers, you’ll need to do something different than them!

3- All the adversity I’ve had in my life, all my troubles and obstacles, have strengthened me… You may not realize it when it happens, but a kick in the teeth may be the best thing in the world for you. Walt Disney Quotes

There is a blessing in every lesson. It is usually a little hard to find, but it is ALWAYS there. 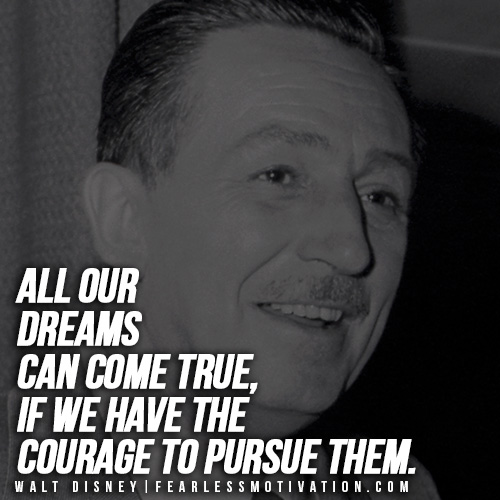 4- All our dreams can come true, if we have the courage to pursue them. Walt Disney Quotes

Be brave with your life. Have the courage to create something magical with the time that you have, and never, ever give up on following your dreams.

5- You can design and create, and build the most wonderful place in the world. But it takes people to make the dream a reality. Walt Disney Quotes

You can’t build your dreams alone. Eventually you’ll need help, guidance and support from other people. Rome wasn’t built in a day, and it certainly wasn’t built by one person. 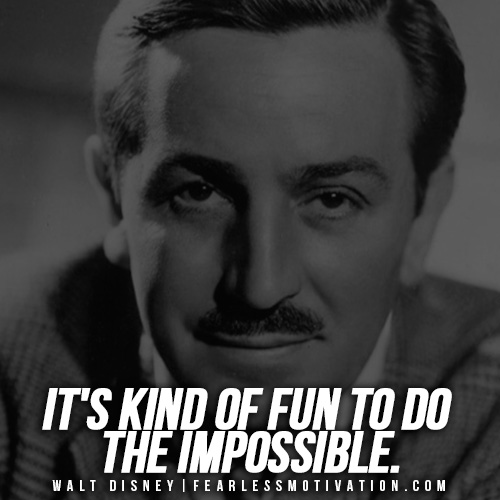 6- It’s kind of fun to do the impossible. Walt Disney Quotes

Prove the haters wrong. Let the word ‘impossible’ fuel to your flames.

7- When you believe in a thing, believe in it all the way, implicitly and unquestionable. Walt Disney Quotes

Never doubt yourself or your dreams. Back yourself 100% and move forward confidently knowing that you will achieve what you set out to achieve.

8- You reach a point where you don’t work for money. Walt Disney Quotes

When you love what you do, you have reached true success. And when the money is not the only reason you do something anymore, you have achieved greatness.

9- I have been up against tough competition all my life. I wouldn’t know how to get along without it. Walt Disney Quotes

Competition is healthy. It helps to keep you on your toes, and keeps laziness and complacency at bay.

Never do anything in half measures. Walk your talk and lead by example.

11- If you can dream it, you can do it. Walt Disney Quotes

Whatever you can dream up in your imagination, you have the power to create in your life. The only thing stopping you is you.

Do you have a favourite Walt Disney quote? Share it in the comments!