Elon Musk is an engineer, inventor, entrepreneur & visionary. He is the founder and CEO of SpaceX, co-founder and CEO of Tesla, founder and CEO of Neuralink, founder of Zip2 and co-founder of X.com which later merged to become PayPal. He has a net worth of over 20 billion. Some of his publicly announced goals include reducing global warming, establishing a human colony on Mars, a new vertical take-off and landing supersonic jet and a high speed human transportation system via pressurised tubes. 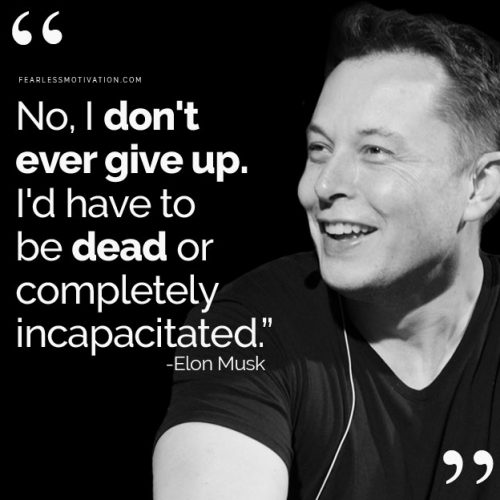 There is much to learn from a man with such knowledge and vision. Below you can enjoy Elon’s 5 rules for success. What is your vision for the future?