Clint Eastwood is one of the most iconic figures in Hollywood. He started his career in the 1960’s and is still a sought-after director today despite being 88 years old. His work has gone on to critical acclaim earning him four Oscars and another seven Oscar nominations.

Clint Eastwood is tough and brash, but his work ethic has allowed him to achieve his massive success. The best part is that his success is old school. Nothing more than grit, hard work, and determination.

Use these Clint Eastwood quotes to get your blood pumping and take action today!

“Respect your efforts, respect yourself. Self-respect leads to self-discipline. When you have both firmly under your belt, that’s real power.” — Clint Eastwood

Clint Eastwood didn’t make it this long in Hollywood without a ton of respect for himself and his abilities. I love how he correlates self-respect with self-discipline.

Discipline is always needed to rise to the top in any part of life. 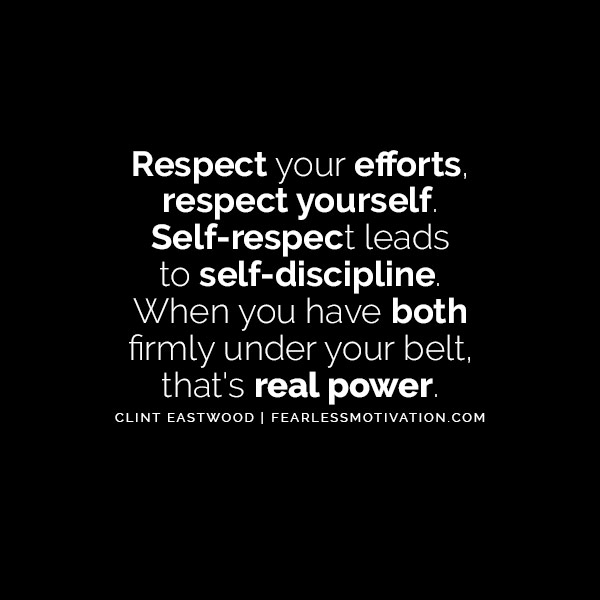 “I don’t believe in pessimism. If something doesn’t come up the way you want, forge ahead. If you think it’s going to rain, it will.”– Clint Eastwood Quotes

You choose if you have a pessimistic or optimistic outlook on life. Choose to be optimistic. There is no other option if you want to live a successful life.

If it does decide to rain, forge ahead. Optimists succeed quicker and more than people with pessimistic attitudes ever will. If you’re pessimistic and reading this now, remember, it’s a choice and you can choose to be positive starting NOW.

“Sometimes if you want to see a change for the better, you have to take things into your own hands.”

If you want things to change, you need to be the change. Lead by example so you can help inspire others to make the change you want to see in the world. 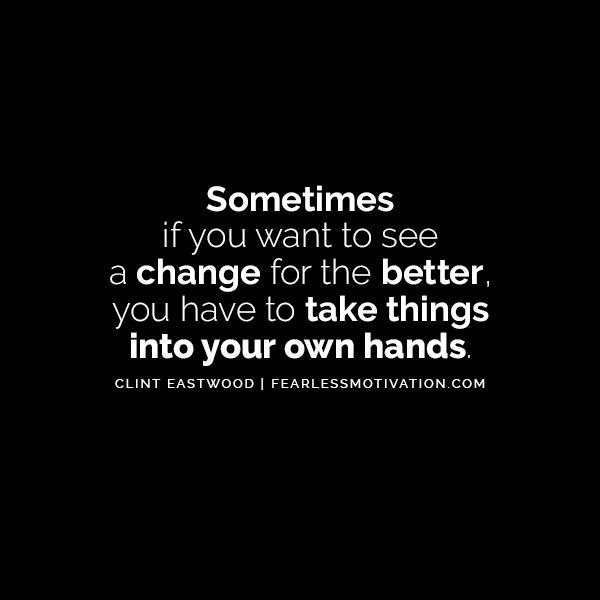 “As you get older you’re not afraid of doubt. Doubt isn’t running the show. You take out all the self-agonizing.” — Clint Eastwood

Don’t wait until you’re older to finally stop doubting yourself. Like your attitude, your belief in yourself is a choice. Choose to believe in you and watch how your life will change for the better.

“Sometimes if you want to see a change for the better, you have to take things into your own hands.” — Clint Eastwood Quotes

Don’t let life just happen to you, if you want achieve great things, take charge! take control of your life, stop doing the bare minimum to survive, what would happen if you gave absolutely everything just for 1 week? try it and find out.

Once you give your all, you will realize you can move mountains and your hunger for success will become insatiable.

“The older I get the less I try to tiptoe around people’s feelings. You either like me or you don’t. Simple as that.” — Clint Eastwood Quotes

Quit worrying about what other people think about you. How they feel about should not affect you either way. Don’t let anyone’s opinion of you matter more than your own.

As Les Brown said, “Someone’s opinion of you doesn’t have to become your reality.”

Use these Clint Eastwood quotes to take action and put in the work on your goals and dreams. Remember, nothing beats hard work, determination, and pure grit.

Once you accomplish your biggest goals, be like Clint Eastwood and don’t settle. Keep going and set bigger goals than ever before.

Want to take your life to another level? Go ahead, make my day.

Want to take your life to another level? Go ahead, make my day.