Tony Robbins is the face of personal development.

His videos and seminars have helped millions of people better their lives.

While it’s easy to see someone like Tony Robbins achieving at high levels, the real reason he’s changed so many lives is because of his own transformation. He’s been able to push through adversity, several times in his own life, which has helped shape his character.

Today, he works with presidents, athletes, and celebrities worldwide. But it all started very differently..

The Inspirational Story of Tony Robbins

Tony Robbins was born in downtown Los Angeles in 1960. During his childhood, he never had a true father figure as his mother married several times. He received physical and verbal abuse from his mother as she battled with drugs and alcohol.

At one point, things were so bad at home that they didn’t have any food to eat for Thanksgiving. But a generous stranger delivered a turkey and food to their doorstep. Tony answered the door and his life has never been the same since.

Tony took this event to mean that strangers care, yet his entire life his family had told him otherwise. At the same time, his current father felt that he had failed his family and stormed out of the house, never to be seen again.

Tony took this act of kindness from a complete stranger to mean something. At 17 years old, he started doing the same.

He delivered turkey dinners to people who couldn’t afford it. Each year, he doubled the number of people he could help.

It was this point, he realized that he wanted to be rich so he could help people in need. He made his first million at age 24 and found worldwide success two years later as his book, Unlimited Power, launched him to mainstream success.

Since then, he’s modeled his entire life to help others. Whether he’s speaking on stages, writing best-selling books or traveling the world, Tony always acts out of service to help others.

The Tony Robbins Foundation feeds more than four million people around the holidays each year. His foundation also runs programs to help the homeless, encourage youth leadership, and provides his work to prisoners.

Here are three keys to living a fulfilled and abundant life from Tony..

3 Keys to Success From Tony Robbins

Whether you are $30,000 in debt or worth $1 million dollars, people want to feel like they are progressing in life. Think about the last time you were frustrated or upset with where your life was.. you probably felt “stuck” right?

That is totally natural. Human beings want to make progress, regardless of where you are in life. Try to do something every single day that helps you progress towards your goals.

Don’t let your happiness depend on others, instead strive to make progress on yourself and your goals. This will allow you to be better at work, with relationships, friends, and increase your overall happiness. 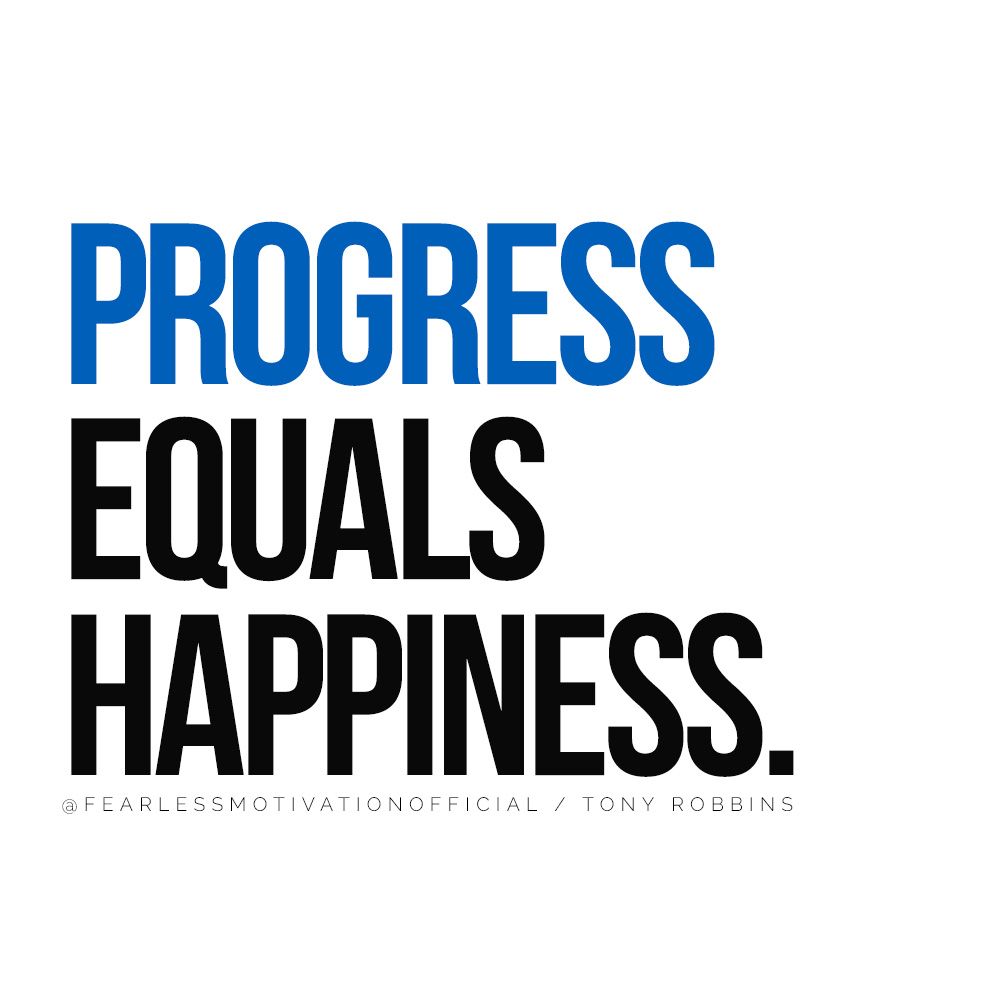 If you’re unfamiliar with the 80/20 rule (known as the Pareto Principle), it basically says that for many events roughly 80% of the effects come from 20% of the causes.

For example, 80% of your income is earned from 20% of the work that you actually do at work or in your business.

The same goes for success. Make sure that you focus on what moves the needle the most.

Often times it will be the most challenging but it will also give you the most benefits.

3. Grow So You Can Give | Real Reason Tony Robbins

“The secret to living is giving.” – Tony Robbins

Tony is a huge giver as someone once fed his family as a kid which changed his life forever. He now feeds millions of people each year through his foundations and other charitable efforts.

The biggest reason you should focus on growth is that once you grow, you can give back. The biggest philanthropists in the world are also the richest. Not only can you help contribute money but other resources and connections to help change more lives.

Remember, it doesn’t matter what you’ve gone through or where you came from. All that matters is that you keep going and focus on helping others as Tony did. You never know, you might help the next Tony Robbins with your act of kindness.