John Legend has a truly legendary success story. It’s one that shows the power of never giving up and why you must always continue to chase your dreams.

His amazing rise to fame is documented in his amazing commencement speech below.

Use his inspirational success story and some of these powerful John Legend quotes to never give up.

Remember, success isn’t supposed to be easy. Trust and believe in yourself!

1. Spend Time On Your Passions

While it’s hard to believe, John Legend wasn’t always the successful music star he’s known as today. After college, John played it safe and got a job at Boston Consulting Group instead of pursuing a full-time music career.

But even though he was working full-time, he couldn’t shake his passion for music. He worked a day job then as soon as he went home focused on his craft. He spent countless hours writing songs, producing music, and performing at local clubs.

John Legend never gave up on his passion and the world is a better place because of his own belief!

Despite following his dreams of music and fame, it didn’t happen as quickly as he thought. As he mentioned in the video, he always thought the big music contract was only a few months away.

Instead, he was rejected by every record label. But he kept going, he never gave up. His perseverance paid off as he was noticed by up and coming producer Kanye West. Now, both of them worldwide starts.

Don’t ever give up on your dreams, you can always be a world changer.

At the end of his commencement speech, John talks about the importance of love. Like he said, “Love yourself and love those who are different from you.”

It’s not wrong to be afraid, but you have to fight through fear to overcome it. – John Legend Quotes

John’s learned in his successful music career that fear is part of the process of success. But he never let fear hold him back from living out his dreams and working in the music industry.

Let me ask…”What are you fearful of right now? What is something you know you should do but think you are too scared to do it?”

Instead of running away from the fear, start addressing it and keep going. Fear is the compass that you’re on the right track and should keep going. Feel the fear and do it anyways! 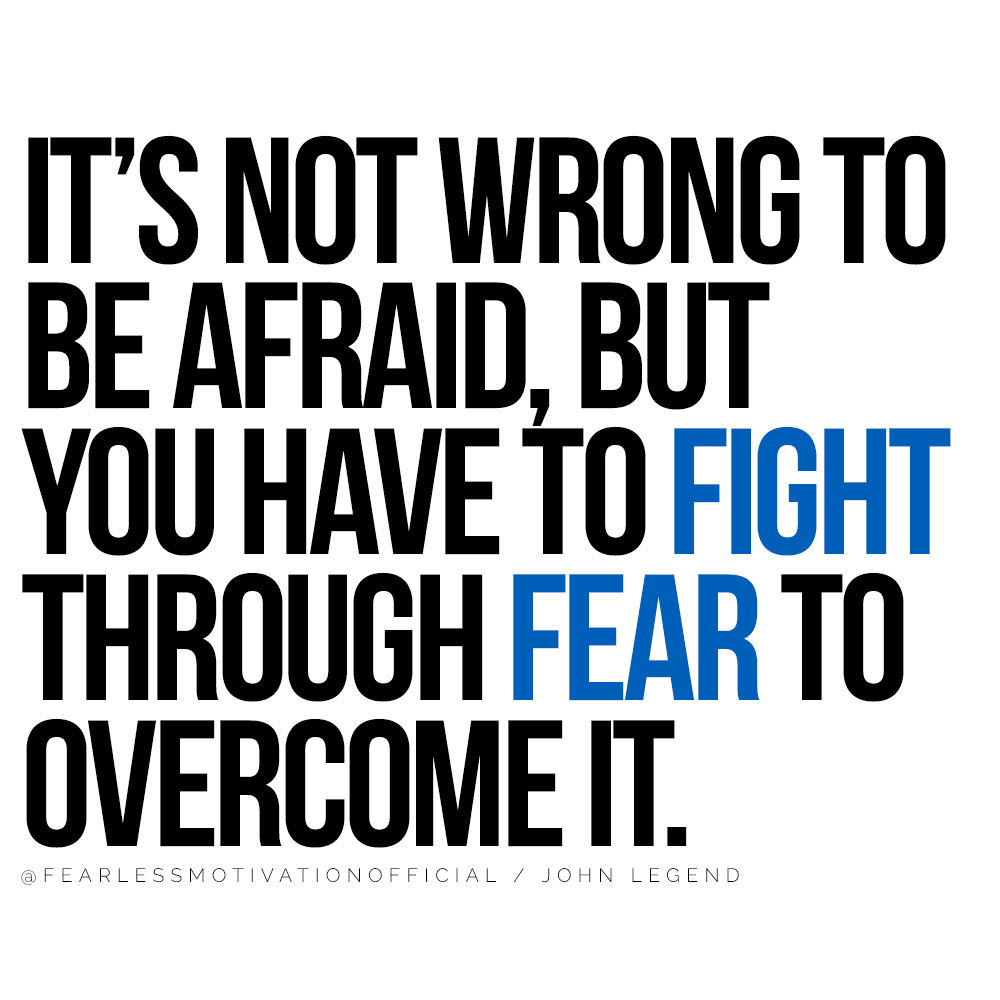 When you see people that are impoverished and people who are dealt an unfair hand, then if we have the power to help them, we should try to do that. – John Legend

Despite his enormous fame, John has never forgotten where he’s come from and always remembers to give back.

I think the thing about love is that even though the things around us change, we as human beings, a lot of the ways we interact, and the ways we love each other is timeless. It requires trust, honesty, commitment, romance, and physical chemistry. – John Legend Quotes

The world is full of negativity, choose to go through life as a giver and spread the love.

The biggest lessons from John are to never give up and to always follow your passions. Even if it seems crazy to other people, never give up on your dreams.

As John Legend said, “The ride for me has been good so far. I am blessed because I enjoy what I’m doing.”