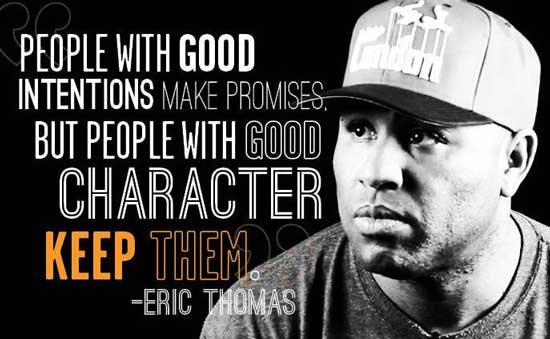 With his super energizing and unique hip-hop style, Eric Thomas is a motivational speaker extraordinaire! Being one of the most sought after personalities in the self-help world, Eric Thomas is a living example of practising what he preaches!

The legendary heights of success Eric Thomas has now achieved did not arrive without heart-breaking failure and enormous pain.

Eric Thomas dropped out of high school at the age of sixteen and after a tempestuous argument with his mother left home to live alone on the streets. The two years that he spent living homeless compelled him to face many harsh realities of life. It was only when he met a pastor that Eric found the inspiration to go back to school and take his GED exams.

After this decision, the trajectory of his life changed forever. What was an inspiration to turn his own life around soon became an urgent calling to help others find the inspiration and motivation to conquer their own greatness!

If you haven’t heard Eric Thomas yet, then you must check out his Secrets to Success speech that is guaranteed to move you to the core tugging on every bit of inspiration lying latent inside your heart.

We highly recommend checking out his Thank God It’s Monday (TGIM) episodes to get-set-and-run for your goal! 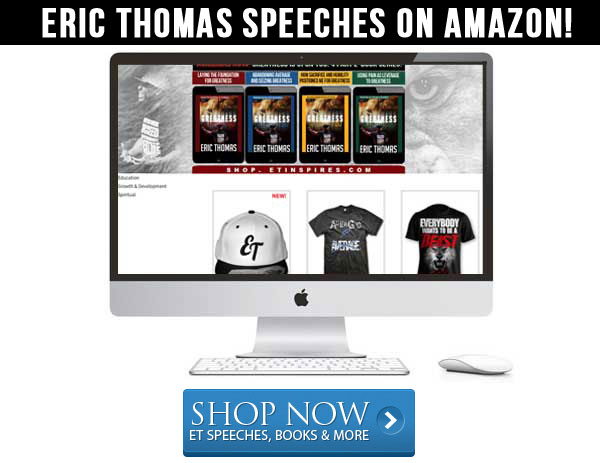 “When you want to succeed as bad as you want to breathe, then you’ll be successful.” – Eric Thomas

“Don’t make a habit out of choosing what feels good over what’s actually good for you.” – Eric Thomas

“Don’t cry to quit! You already in pain, you already hurt! Get a reward from it!” – Eric Thomas

“You’ll never be successful until I don’t have to give you a dime to do what you do.” – Eric Thomas

“At some point in life you have to face your fears.” – Eric Thomas

“The most important thing is this: to be able at any moment to sacrifice what you are for what you will become!” – Eric Thomas

“Both desire and imagination are stored in the mind of the individual and when stretched, both have the potential to position a person for greatness.” – Eric Thomas

“Apply the ABC’s of success to your life. Ask, Believe and Claim It.” – Eric Thomas

“Desire & imagination have the potential to position a person for greatness.” – Eric Thomas

“It’s not who you are that holds you back, it’s who you think you’re not.” – Eric Thomas

“All men are created equal some work harder in preseason.” – Eric Thomas

“Success is not for the weak and uncommitted… Sometimes it’s gonna hurt!” – Eric Thomas

“Sleep? “I don’t sleep.” You thought that was it? It goes deeper than going without sleep because you might miss the opportunity to succeed. No, no, no! It’s about No Days Off! No weekends! No Holidays! No Birthdays!” – Eric Thomas

“It’s realizing that a great dream is not as good as a great memory. The dream can be had by anyone. The memory – must be made.” – Eric Thomas

“Stop the blame game. Stop! Stop looking out the window and look in the mirror!” – Eric Thomas 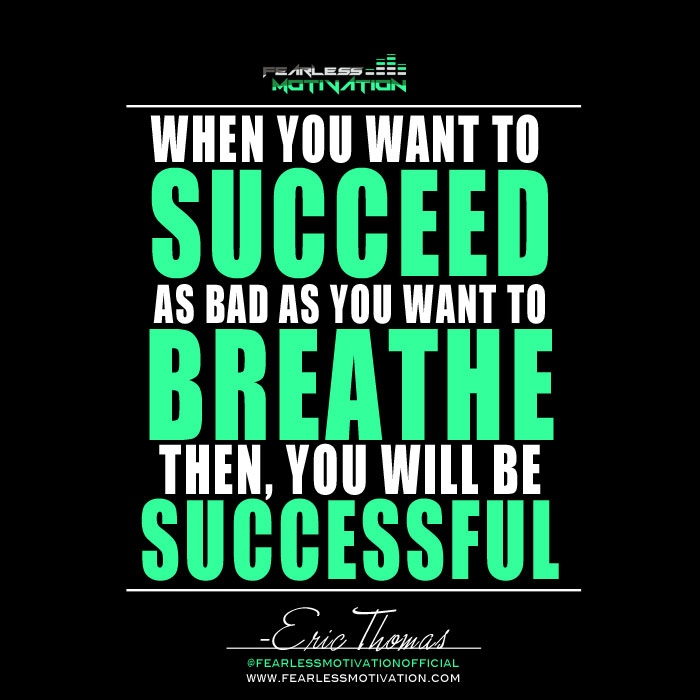 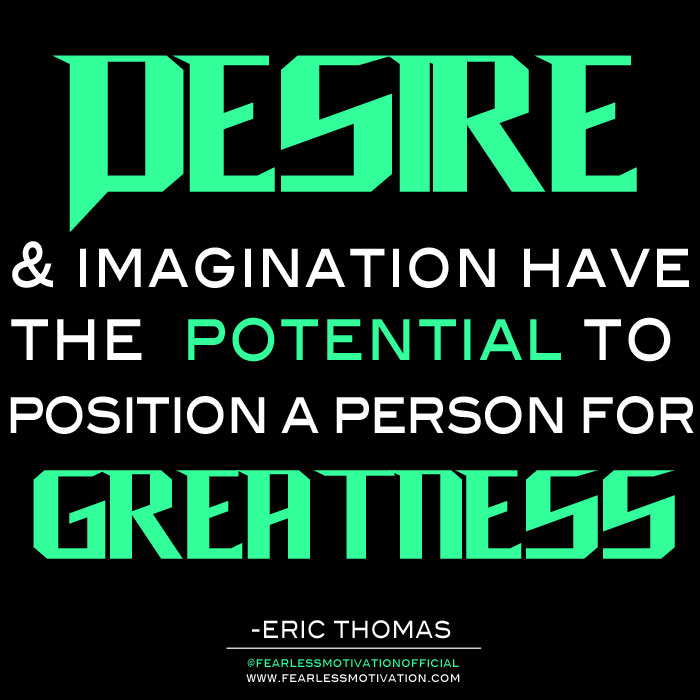 How Bad Do You Want Success? Motivational Video Ft Eric Thomas
33 Million Views and Counting. One of the speeches that made ET The Hip Hop Preacher Famous!

Greatness Within Motivational Video Featuring Eric Thomas:
You knew it was coming, yes we are a little biased (Featuring our background music track), but this contains one of our favourite ET speeches. You wanna shine like a diamond, You gotta get cut like a diamond!