Samuel Langhorne Clemens, better known as Mark Twain, was a witty American author best known for his famous works ‘The Adventures Of Huckleberry Finn’ and ‘The Adventures Of Tom Sawyer’. His sharp intellect and humour gained him the title ‘the Father of American literature.’ Here are 10 Insightful Mark Twain Quotes On Life and Success

1) If you tell the truth, you don’t have to remember anything. – Mark Twain Quotes On Life

In life, integrity is paramount. If you live authentically and honestly, you never have to watch your back.

2) Whenever you find yourself on the side of the majority, it is time to reform (or pause and reflect). – Mark Twain Quotes On Life

Following the same path as everybody else rarely leads to great success. Carve your own path instead, and lead the way. 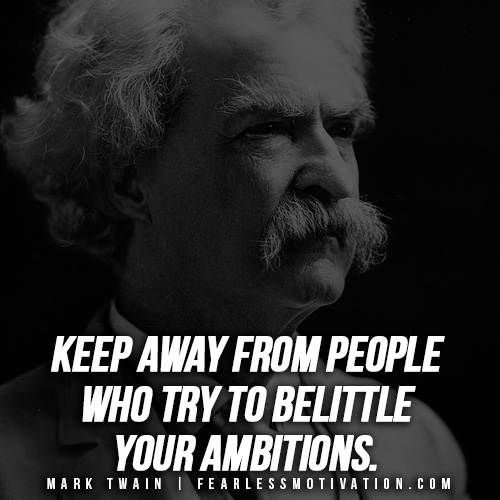 3) Keep away from people who try to belittle your ambitions. Small people always do that, but the really great make you feel that you, too, can become great. – Mark Twain Quotes On Life

Surround yourself with people who inspire and encourage you. Your network is your net worth.

4) It is better to keep your mouth closed and let people think you are a fool than to open it and remove all doubt. – Mark Twain Quotes On Life

Don’t fight every battle that is thrown your way. Sometimes it’s better to remain silent, and let success be your noise.

5) There are basically two types of people. People who accomplish things, and people who claim to have accomplished things. The first group is less crowded. – Mark Twain Quotes On Life

Walk your talk. If you say you’re going to do something, then do it. Don’t stop until you have accomplished your goals!

6) Anyone who stops learning is old, whether twenty or eighty. Anyone who keeps learning stays young. The greatest thing you can do is keep your mind young. – Mark Twain Quotes On Life

Never let an ‘old person’ enter your mindset. Think and act as though you were 21 and remain open to learning and growing, always.

7) Do something every day that you don’t want to do; this is the golden rule for acquiring the habit of doing your duty without pain. – Mark Twain Quotes On Life

The world does not owe you a thing. It is your responsibility to take command of your life and your time. There are no handouts! 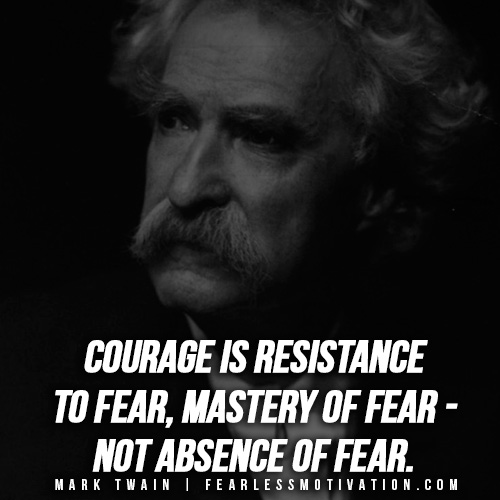 9) Courage is resistance to fear, mastery of fear – not absence of fear. – Mark Twain Quotes On Life

We all experience fear. It’s how you manage that fear that counts. Know that fear is imagined, and it is the only thing standing in your way. Practice being fearless.

10) The secret to getting ahead is getting started. – Mark Twain Quotes On Life

All of the planning in the world doesn’t mean anything if you never put anything into practice. Take what you know and make a start. There will always be more to learn but if you never start, you’ll never achieve.

Do you have a favourite Mark Twain Quote? Share it with us in the comments below.