Who is The Greatest Football Player of All Time?

With so much love and hype, this sport has seen thousands of footballers in its lifetime. But only a rare few ever steal the hearts of their fans on an international level.

It all comes down to opinion. What is your opinion? Make sure you have your say at the bottom of the page.

In no particular order, here is a list of the greatest football players of all time: 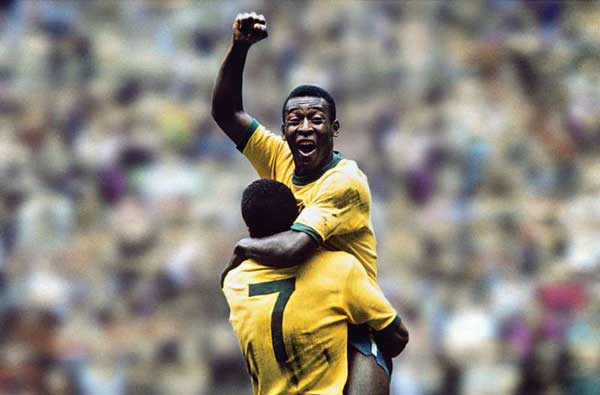 Pele is often regarded as the greatest football player of all time by many of his generation. He first played on an international level for Brazil at a young age of 16. And just after one year, he was playing so well that his teammates insisted the national coaching authorities to put him in the 1958 World Cup team. Although he was injured in the 1958 World Cup, he still managed to score the winning shot against Wales in the quarterfinals, and two in the final against Sweden. 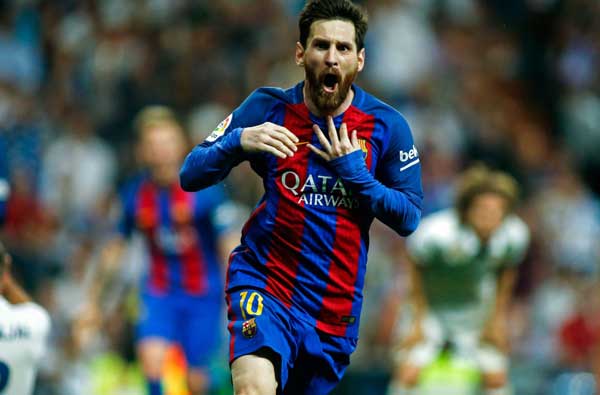 Messi is regarded by many as the greatest player of the present era, and by many, the greatest football player of all time. He is known for his unbelievable skill and his amazing goals which are sometimes out of this world. He has scored a total of 565 goals (excluding club friendlies) in his career. He has the greatest number of FIFA Ballon D’Or awards (4).

Here are the trophies that Messi helped bring to his teams: 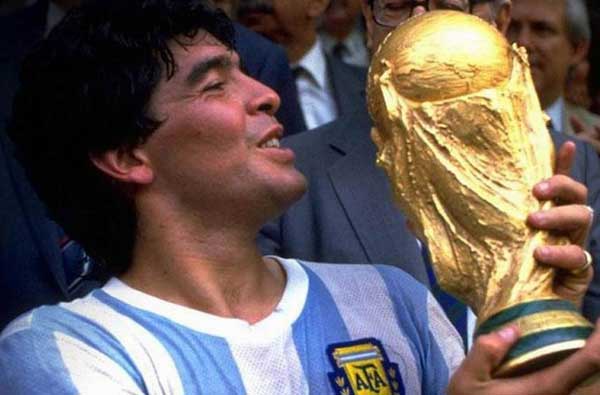 Diego Maradona is a former Argentine footballer who was often called the greatest football player of all time, mostly due to his achievements at country level, often ‘carrying’ his nation to victory. Maradona is regarded as the only man who won a world cup (in 1986) almost on his own. He was the greatest dribblers of his time. He’s known for scoring his “Hand of God” goal, along with legendary dribble goal against English defence in the quarter-final, in the 1986 World Cup.

Trophies that  Maradona brought to the team: 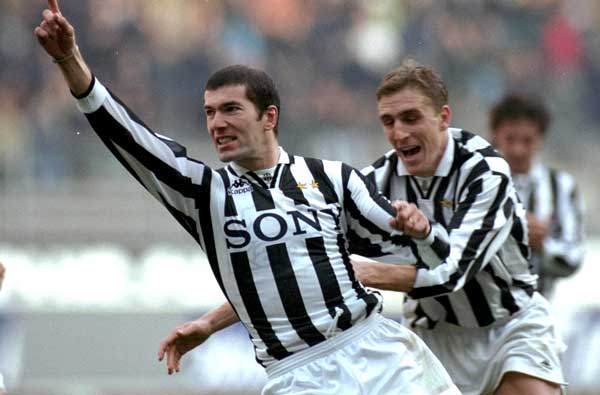 Zidane is a retired French Footballer and also the current manager of Real Madrid. He played as an attacking midfielder and was widely renowned for his sharp technique and elegance on the field. He played for French National Team, Juventus, and Real Madrid.  Zidane was often called the greatest football player of all time. 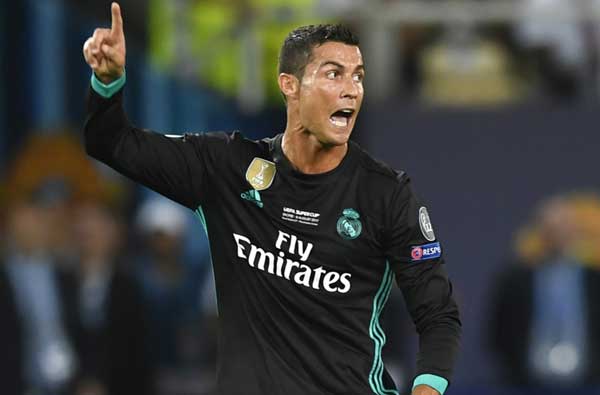 Cristiano Ronaldo needs no introduction. He is a Portuguese footballer who plays as a forward and the captain of Portugal team. Ronaldo has a hunger to win and be the greatest unlike any other footballer in history. His power and goal scoring ability has not been matched by many. By the young age of 22, he had been nominated for Ballon d’Or and FIFA World Player of the Year. Ronaldo has made a huge name for himself. Do you think he’s the greatest football player of all time? 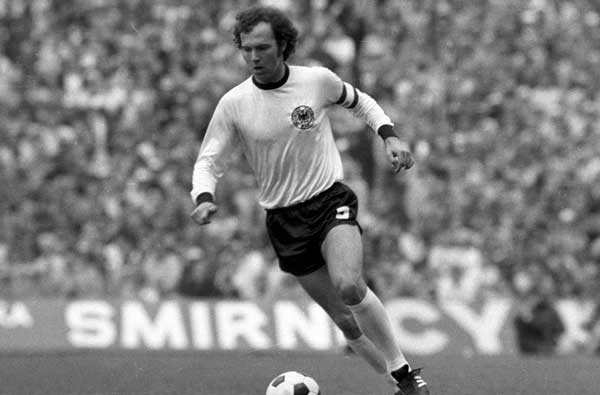 Franz Beckenbauer is a former German footballer and is regarded as the greatest German footballer ever. He started out as a midfielder but later dominated the game as a defender. He also transformed the role of attacking sweeper while playing for Bayern Munich and brought them three world cups back-to-back from 1974 to 1976.

He also became the successful manager of Bayern Munich. He was called “The Kaiser” because of his innovative and elegant style, and extraordinary leadership skills. 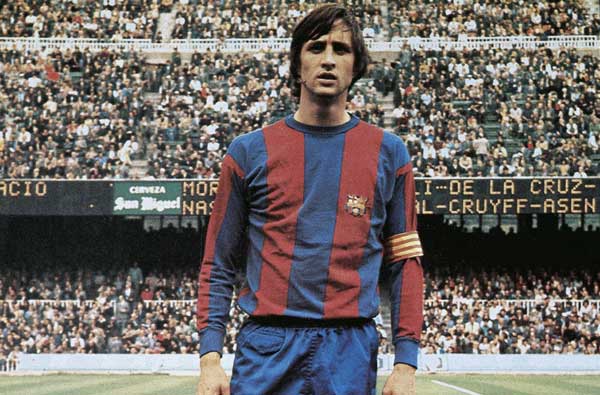 Cruyff was a Dutch footballer who played for Ajax and Barcelona as a forward. He was a strong advocate of the ‘total football’ philosophy of football which later helped Netherlands reach the world cup finals in 1974. Not only this, he was a celebrated manager winning numerous titles with Barca and Ajax. He scored 405 goals in 711 apps.

Stefano was a renowned Argentinian footballer who greatly influenced Real Madrid’s success in the European club in the 1950s. He was called “Saeta Rubia” (blonde arrow) because of his lightning speed. He won the Ballon d’Or Award twice as he led Real Madrid to 8 league titles and 5 European cup titles.

Puskas was a Hungarian football player who was widely known as the best of all time. He scored a mammoth 514 goals in 529 matches while playing for Hungarian and Spanish leagues.

“Pele called me the greatest football player in the world. That is the ultimate salute to my life.”

George Best was an Irish footballer who played for Manchester United and  Northern Ireland. Because of his extraordinary skills as a winger, United won the first Division title in 1965 and 1967. When there were no Beckhams or Ronaldos, he was the superstar of football. He was the ultimate playboy of football – a lover of fine liquor, supermodels, and all extravagance that life has to offer. 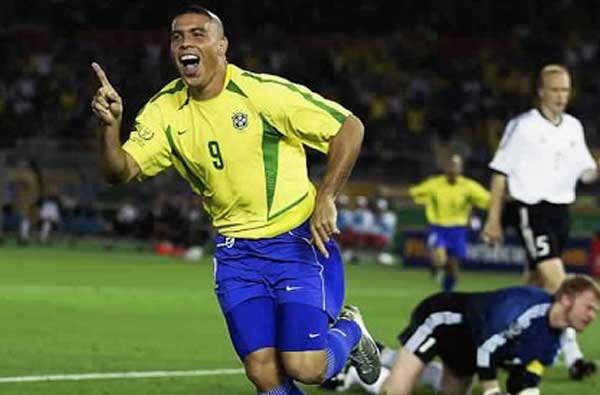 Ronaldo Luís Nazário de Lima, commonly known as Ronaldo, is a former Brazilian footballer who played as a centre-forward and was recognized as a great talent since his childhood years. He played for several teams including Real Madrid, AC Milan, Barcelona, and Inter Milan. 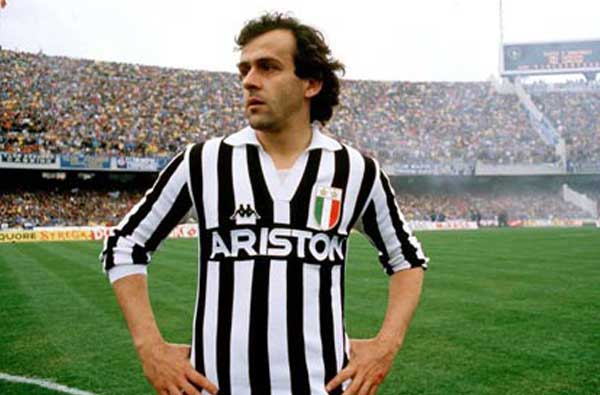 Platini is a former French footballer, who is regarded as one of the greatest football player of all time. He won three Ballon d’Or awards and later became the president of the European UEFA. With his sharp passing and free-kick skills, he scored 58 goals in 104 appearances.

There you go – a list of greats, legends, champions.
Who have you got as the greatest football player of all time?