Home
Fearless Motivation - They Will Never Define Me (Album)

You can be normal or you can be GREAT. You can’t be both.

The Weird Ones Motivational Speech – Whatever You MUST, YOU WILL!

Sheep who fall into line. Sheep who conform to the expectations of society and therefor will always be limited in their thinking and RESULTS, like all of those they surround themselves with.

Do you really want to be like the sheep who believe in limitations?

Like the sheep who follow the path they are told to follow, when walking their own, while hard, would have lead to their true purpose in life.

Do you want to be like the sheep who play a role in order to satisfy other people’s expectations, meanwhile their own dreams slowly die with them.

They’ll call you weird now, but later they will ask you how you did it.

They’ll say you don’t fit in now, but later they’ll want to fit in with you.

They might look down on you now, but later they’ll look up to you… … For you had the courage they lacked, the courage to speak your truth. The courage to follow your path… even when it was unpopular.

What is rare on this earth is a great human being who was considered normal in the beginning. All the greatest minds were considered crazy, weird, unpopular at some stage…

You, weird one… You crazy one… You who doesn’t fit in…
Keep following that path.
One day it will all make sense… one day it will pay off.   Just keep going… 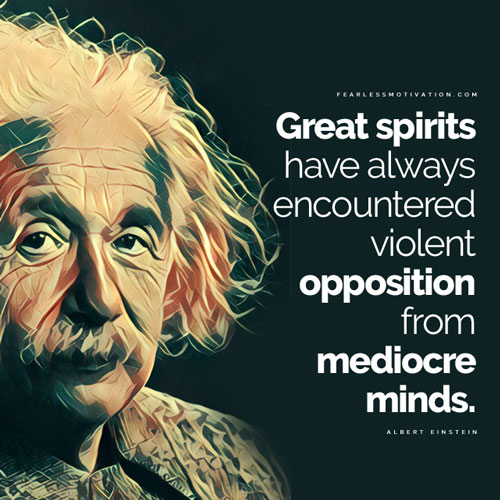 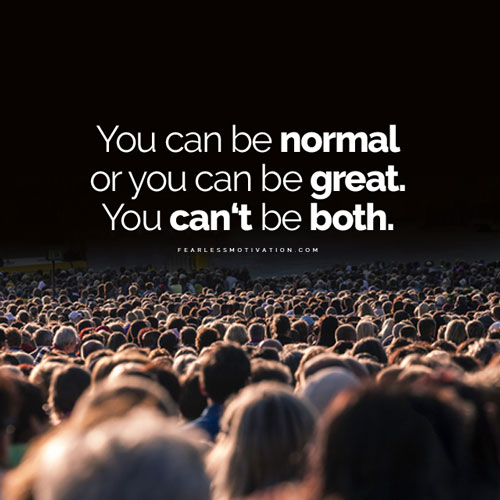