Nelson Mandela was a revolutionary political leader who’s bravery changed the world. He survived 27 years in prison and dedicated his life to ending Apartheid, in doing so he changed the lives of millions of people. Nelson went from state prisoner to the first black president in South Africa. His work inspired the world and he has received more than 250 honors, including the Nobel Peace Prize.

Use these 6 Nelson Mandela quotes to change your life.

If you’re setting big goals they should feel nearly impossible to achieve. But imagine what it would be like if you actually accomplished them? What would you have to do? Who would you have to become to make it happen?

That’s the fun part about setting big goals. You get to transform into someone you weren’t to make them come true. Challenge yourself to set huge goals and chunk them down to build momentum and make them happen. 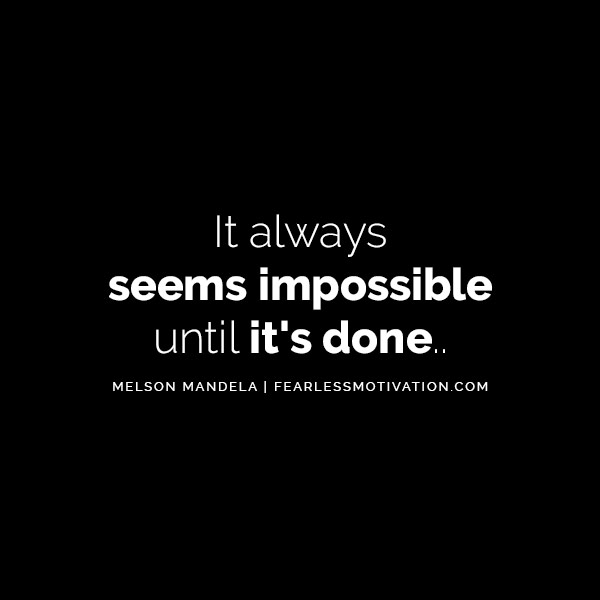 “Education is the most powerful weapon which you can use to change the world.” – Nelson Mandela

Education has the ability to change the world. Try to always have an attitude of learning and educate others to help them reach new levels in their lives.

I learned that courage was not the absence of fear, but the triumph over it. The brave man is not he who does not feel afraid, but he who conquers that fear.” – Nelson Mandela Quotes

Everyone feels fear. From business leaders, top athletes, and ultra-successful people. But they choose to feel the fear and do it anyway.

The next time you experience fear in your life, keep moving forward. Choose to get out of your comfort zone so you can grow and develop. The more you take action against fear the more confidence you will develop. 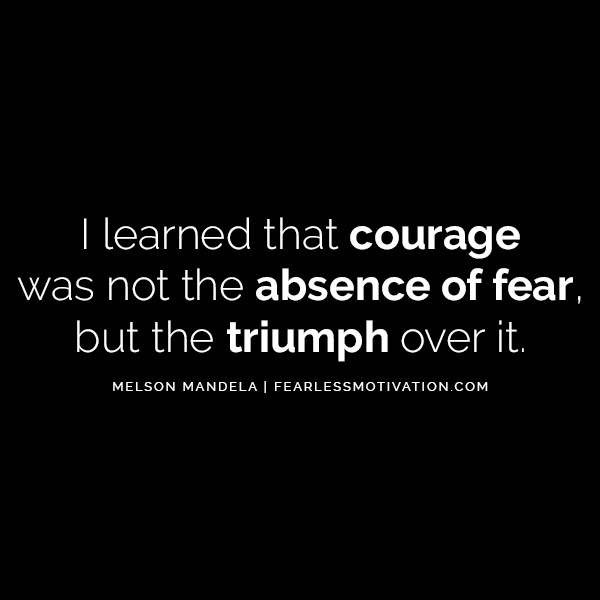 “For to be free is not merely to cast off one’s chains, but to live in a way that respects and enhances the freedom of others.” – Nelson Mandela

Think of yourself as a lighthouse to your friends and family. Live in a way that sets a positive example for the people around you. Plus, you never know who is watching you and getting inspired to in their own life.

“There is no passion to be found playing small – in settling for a life that is less than the one you are capable of living.” – Nelson Mandela

Think big. It takes no more effort to dream big than to set small, realistic goals. Abandon what you think is possible and realize that you are capable of achieving almost anything. Don’t settle, life to short to play for mediocre. 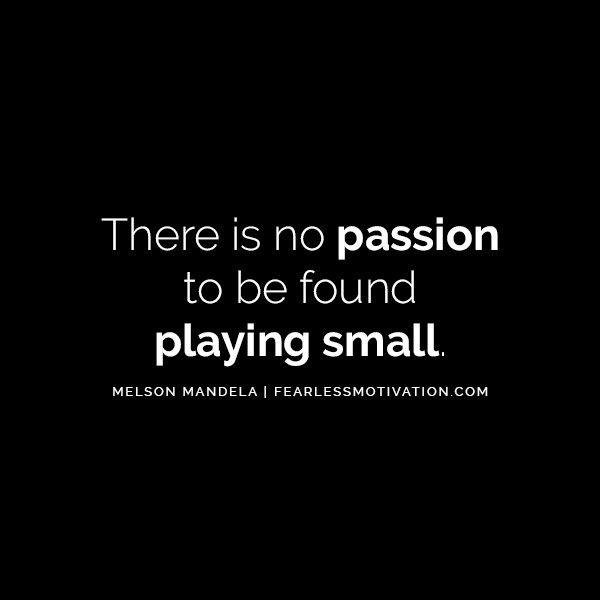 “The greatest glory in living lies not in never falling, but in rising every time we fall. And as we let our own light shine, we unconsciously give other people permission to do the same.” – Nelson Mandela Quotes

Failure is part of life. If you choose to stay down you are accepting defeat. But if you get back up and keep going you will eventually reach your goal.

Your courage will inspire people around to keep going toward their hopes and dreams.