Thomas Edison is the reason we have some of the world’s greatest inventions. Without him failing 10,000 times we would have never had the light bulb and all the technology that came with it. He learned his relentless work ethic from a tough childhood but used it to succeed in his adult life.

While most people fear failure, Thomas Edison and other successful people learned to love failing. They understand that failure is part of the process to be successful at anything.

Use these Thomas Edison quotes to change your definition of failure and find success in your life.

Would you have kept going at any of your goals if you “failed” 9,999 times? Most people wouldn’t. But if you want to become great at anything you have to learn to keep going.

You need to learn to frame the word “failure.” Because of school, it gets a negative connotation but in reality, failure IS the road to success. The most successful people in the world simply failed the most (and quicker) than everyone else.  Learn to make failure your best friend. 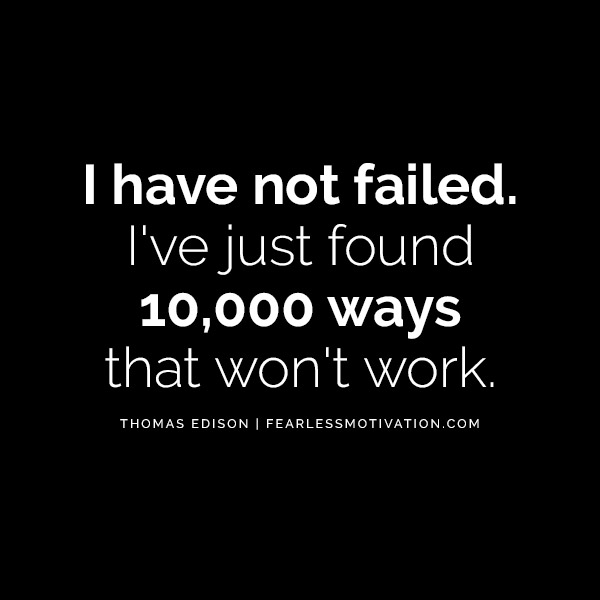 “Many of life’s failures are people who did not realize how close they were to success when they gave up.” — Thomas Edison

As Les Brown said, “Most people give up on the one-yard line.” And it’s true. The last part to achieve anything great is almost always the hardest.

Just because you fail or things get hard doesn’t mean you should quit. It means you should find another way and keep your target in mind. If you have a strong WHY you won’t want to quit but instead will find a way to make it happen.

“Our greatest weakness lies in giving up. The most certain way to succeed is always to try just one more time.” — Thomas Edison Quotes

Edison understood failure better than anyone. If you give up you will NEVER succeed.

The next time you feel like giving up on your business, project, or goal keep going. Would you rather end up failing and learning or stop completely?

Learn, fail, adapt, try again. Do this formula until you make your dreams happen! 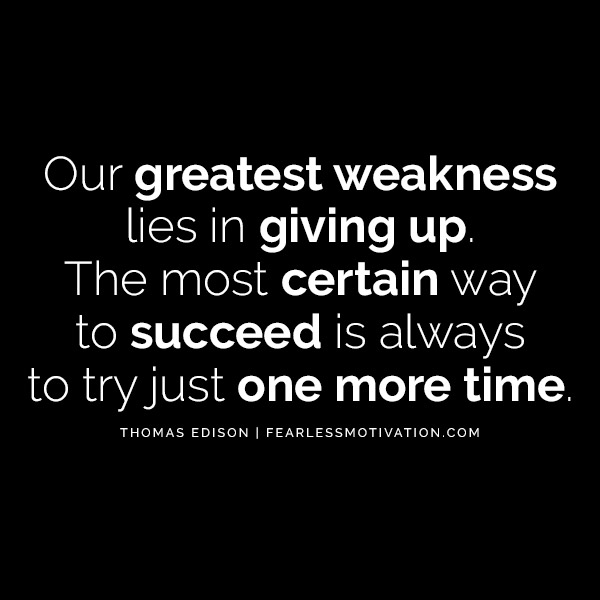 “If we did all the things we are capable of, we would literally astound ourselves.” – Thomas Edison

Human beings have the capability to do more than you could ever begin to imagine. We’ve found a way to visit the moon, launch satellites, and accomplish other amazing feats. Never forget that humans can do nearly anything.

Yes, it will be hard work at times. Yes, it will require sacrifice. And yes, it won’t be easy but it will always be worth it.

“When you have exhausted all possibilities, remember this; you haven’t.” – Thomas Edison Quotes

You can always find a new way once you learn from your failures. There is always a way, sometimes you might need a small break but don’t give up. Keep going! 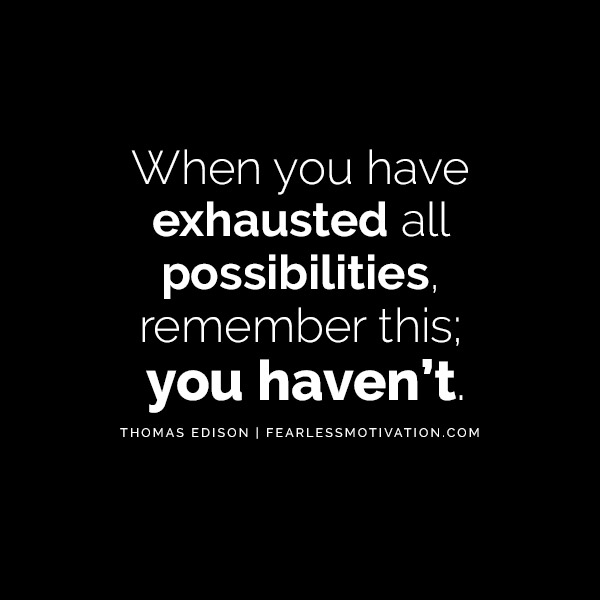 Inspiration gets you take action but perspiration is the key to make it happen. Learn to inspire yourself daily to put in the work and make your dreams come true.

Use these Thomas Edison quotes to embrace failure and learn to fail your way to success!