Howard Schultz is the mastermind behind the store you see on nearly every street in America and the world – Starbucks.

After Howard visited Milan he realised that the coffee houses there an important element in Italian culture and society. Howard was inspired to bring the same feeling to America.

After working at Starbucks as the Marketing Director and unsuccessfully trying to convince the owners to employ his vision, he opened his own store ‘Il Giornale’ in 1986  named after a Milanese newspaper.

Two years later Starbucks was for sale and Howard saw his opportunity he adopted the Starbucks name and began aggressively expanding across the country, by the time he stepped down as CEO in 2000, Starbucks a was a globally recognisable brand and the largest coffee chain in the world by a huge margin, making Howard a multi billionaire in the process.

Use these Howard Schultz quotes to inspire your vision and back yourself with conviction.

“Great opportunities can be and have been created during tough economic times.” Howard Schultz Self Belief

Don’t fear if another recession comes in the next few years. Some of the best businesses in the world were started in some of the toughest economic times.

The next time people begin worrying and acting out of fear, find an opportunity to get ahead of the competition. As Warren Buffett said, “Be fearful when others are greedy and be greedy when others are fearful.”

“I always saw myself wanting to do something deemed successful and good at the same time.” Howard Schultz Self Belief

It’s possible to be successful and make an impact in the world. Often times, people think it’s an either/or option. Choose to have a vision of doing both and you can absolutely make it happen.

“I think there is probably no better person to aspire to emulate than Steve Jobs and what he has done at Apple in terms of his leadership, his innovation, not settling for mediocrity.” Howard Schultz Self Belief

Steve Jobs changed the world with his inspiring work. He was able to do that because he never stopped striving for greatness. Even after he made the iPod he made the iPhone and iPad.

He never settled, neither should you! It’s easier said than done, especially if you are making a lot of money. But if you want to become someone who leaves a legacy and impacts the world you can’t settle for mediocrity.

As Steve Jobs himself put it, “The people who are crazy enough to think they can change the world are the ones who do.” 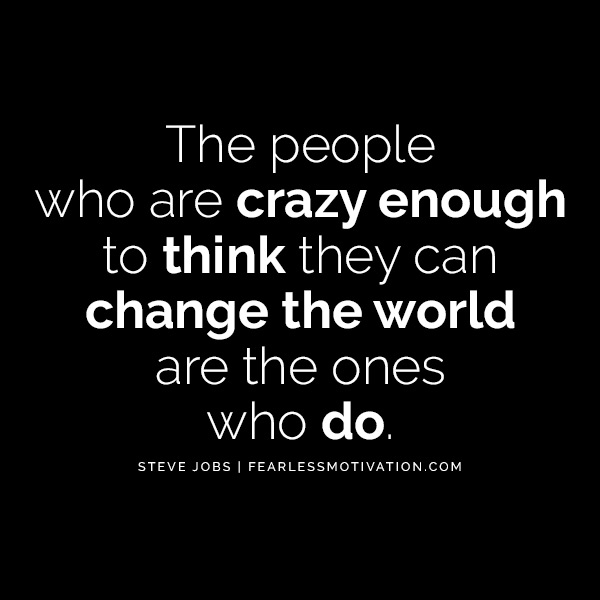 “When you’re surrounded by people who share a passionate commitment around a common purpose, anything is possible.” Howard Schultz Self Belief

Never devalue the power of a group of people who believes in the same cause and is working together. Anything is possible when a group of like-minded people are working towards the same mission.

Try to always surround yourself with people in life who make you level up. Find people who motivate, inspire, and make you believe more in yourself.

“The hardest thing about being a leader is demonstrating or showing vulnerability… When the leader demonstrates vulnerability and sensibility and brings people together, the team wins.” Howard Schultz Self Belief

Vulnerability shows to others that you’re human too. Being a leader is hard as you might think you need to be perfect 100% of the time. But people want to see the real you so they can find common ground and bond together.

“Dream more than others think practical.” Howard Schultz Self Belief

Don’t be afraid to dream big. If people aren’t laughing at your dreams you’re not setting high enough goals for yourself. 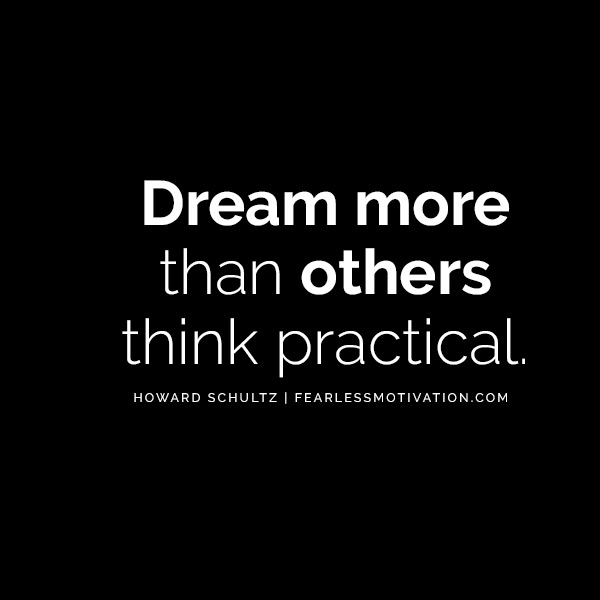 “Risk more than others think safe.” Howard Schultz Self Belief

Risk, when calculated, can 10x your success. While you shouldn’t be taking big risks every day, don’t be scared to bet on yourself. With enough planning and the right execution, it might just change your life like Starbucks did for Howard Schultz.

“You must find something that you deeply love and are passionate about and are willing to sacrifice a lot to achieve.” Howard Schultz Self Belief

If you want to be truly fulfilled, you have to be passionate about what you do and be willing to sacrifice to achieve greatness. Remember, if it was easy everyone would be successful.