If You Want To Be Uncommon – WATCH THIS Motivational Video by Fearless Motivation – WATCH FREE:

Most people are not happy with where they are in life.

Most people complain about EVERYTHING but do nothing to change ANYTHING.

Most people are living week to week, but they can still find some money to party every week.   Most people are depressed but they never spend any time working on themselves.

Most people have a million things to be grateful for, but they focus on the 5 things they don’t like in their life.   Most people NEVER realise their true potential  .

Most people WAIT… until it’s too late… to realize they could have, and SHOULD have gone after what they wanted in life.

I don’t know about you but I don’t want to be most people! 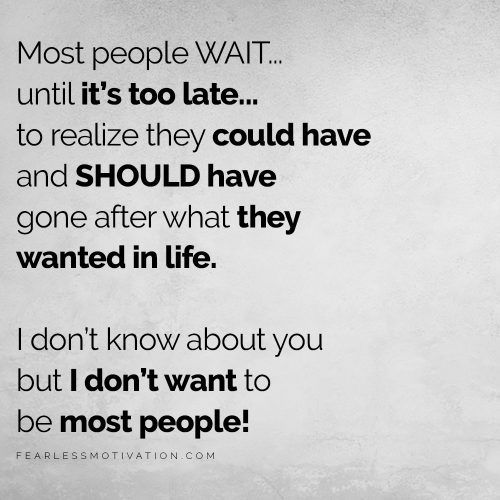 If I am committed to GROW: I WILL GROW!  If I refuse to quit: ONE DAY I WILL GET IT!

I want to be an uncommon being! I want to THINK different. ACT different and GET DIFFERENT!!!

I MUST be an uncommon being! I MUST think different! I MUST ACT different and I MUST GET DIFFERENT!!!

I WILL NOT live like most people live.  I WILL NOT accept a below average standard of living!  I WILL NEVER accept where I AM is the best I will be.

I KNOW if I WORK FOR IT… If I am consistent in it… If I am dedicated to it…  IT WILL COME!

If I am committed to GROW: I WILL GROW.  If I refuse to quit: ONE DAY I WILL GET IT!

More than being just uncommon, I want to be uncommon amongst uncommon people.

I MUST BE THE winner amongst winners! The champion of champions! The LEADER amongst leaders! The greatest of the great!

Most people are not happy with where they are in life. Most people complain about everything but do nothing to change anything.

I AM COMMITTED TO BE MORE!  TO SHINE THE LIGHT FOR OTHERS TO FOLLOW.   To break the cycle.  Average living in my family ENDS WITH ME!  I AM STARTING A NEW GENERATION  OF UNCOMMON BEINGS!

I don’t see what IS…  I BELIEVE IN WHAT WILL BE  . I don’t think about those who can’t, those who won’t or those who didn’t…  I DREAM OF WHAT I CAN DO!

I BELIEVE ANYTHING IS POSSIBLE! AND EVERY SINGLE DAY  I PUSH FOR THE IMPOSSIBLE!

I am an uncommon human being!

Most people QUIT: I REFUSE TO QUIT.
Most people do the minimum:  I PUSH BEYOND THE MAXIMUM!  I GO ABOVE AND BEYOND.
Most people take the easy road.  I TAKE THE GROWTH ROAD.  IT’S ALL UP HILL and that’s how I WANT IT!
Most people complain and blame.  I LOOK INWARD and ask WHAT CAN I DO BETTER!
Most people SETTLE : I NEVER SETTLE!  I NEVER SETTLE!  I NEVER SETTLE!
MY STANDARDS ARE GREATER!  MY WORK ETHIC IS HIGHER ! MY CONSISTENCY IS FOREVER!  MY ATTITUDE IS RELENTLESS!   I am an uncommon being! 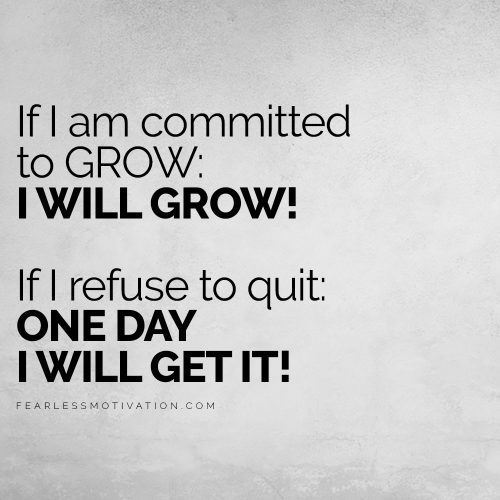