He’s won several MVP awards, including a Finals MVP in 2018. But he’s rarely given the amount of credit he deserves because of his move from the Thunder to the Golden State Warriors. Regardless of his team of choice, his talent, hard work, and dedication is immense.

Use these Kevin Durant Quotes to Channel Your Inner Champion:

“I’m just trying to grow. That’s one thing I told myself is, Don’t worry about who people say is the best player.” – Kevin Durant

Are you constantly seeking growth in your life? If you’re reading this, I’m guessing yes. But most people aren’t trying to get better.

Because seeking growth, in any area of your life, requires change. And change brings uncertainty. Most people don’t want to get out of their comfort zone which is why so many people stay stuck, living the same day each day.

Keep growing, keep striving, and get out of your comfort zone as often as possible. Like Kevin Durant said,  “When people are used to doing something, they want you to stay in that lane.” 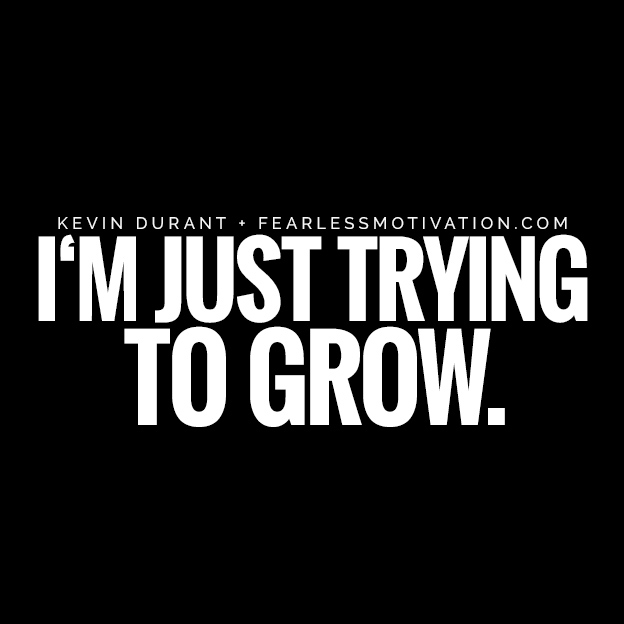 “Every memory I had growing up was involving a basketball. I didn’t go to the prom and stuff like that. It was always basketball for me.” – Kevin Durant

Kevin is one of the few people who made a childhood dream come true. But let me ask, how about you? Have you ever given up on a dream as you’ve gotten older?

If so, it’s not too late to pursue it. Try to pursue something that means a lot to you. There’s nothing worse than ending up later in life with regret.

“I just want to grow spiritually with God. I’m keeping strong at it, just trying to make my walk with faith a little better.”- Kevin Durant Quotes

Speaking of faith, are you believing in yourself? Are you growing with your spiritual side? 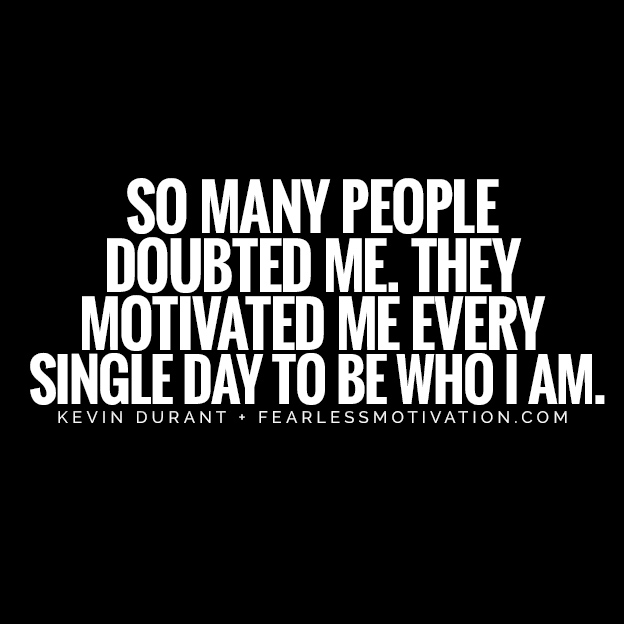 “So many people doubted me. They motivated me every single day to be who I am.” – Kevin Durant

If you have some haters or naysayers in your life, use that hate as fuel. Don’t let it use you. Channel the doubt from the outside world to help you succeed faster than even you thought possible.

Usually, the most successful people in the world, in business or sports, were once the most doubted. It takes guts and courage to have big dreams that are scary to others. If you’ve got doubters and people telling you it can’t be done, then you know you’re setting the right sized goals.

“I’ve learned what it feels like to lose, believe me. But I think in the end, that is just going to make winning that much better.” – Kevin Durant Quotes

It took Kevin Durant a long time to finally win his first NBA championship after a suffering defeat in the NBA Finals. But he didn’t let those big losses stop him, he kept improving and kept moving forward.

If you’ve recently suffered a massive loss, try to move on quickly. Usually on the other side of your biggest failures are your biggest successes. Remember failure is not fatal or final. 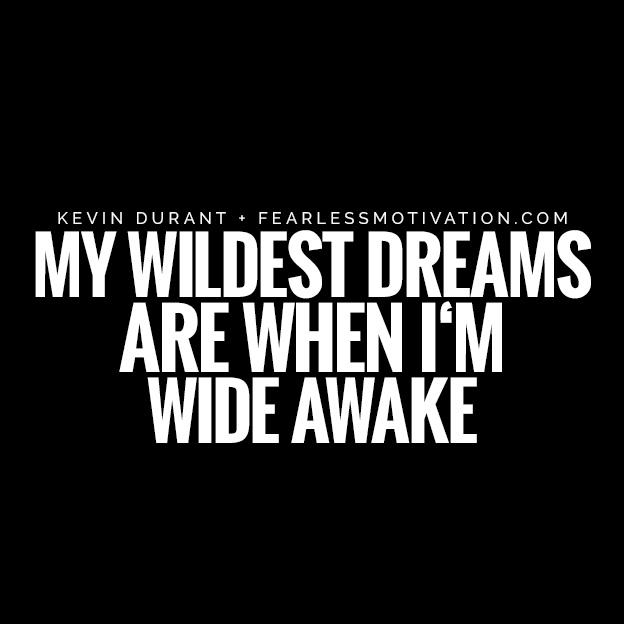 “My wildest dreams are when I’m wide awake.” – Kevin Durant

Are you living your dream life, actively working towards it or simply dreaming about a fantasy than a real pursuit of your greatness? You should have a vision that is so clear that you’re pulled to work on it every day. You shouldn’t have to force yourself to work on your dreams.

If you’re not there yet, spend time getting clear about a future that will motivate and inspire you. Once it’s clear, then you can align all aspects of your life to set yourself up for success!

Use these Kevin Durant quotes to align your life with your goals and dreams. Remember, your dreams should be so massive they scare normal people. If you get some hate, good, you know you’re on the right path.