20 Jim Carrey Quotes to Inspire You 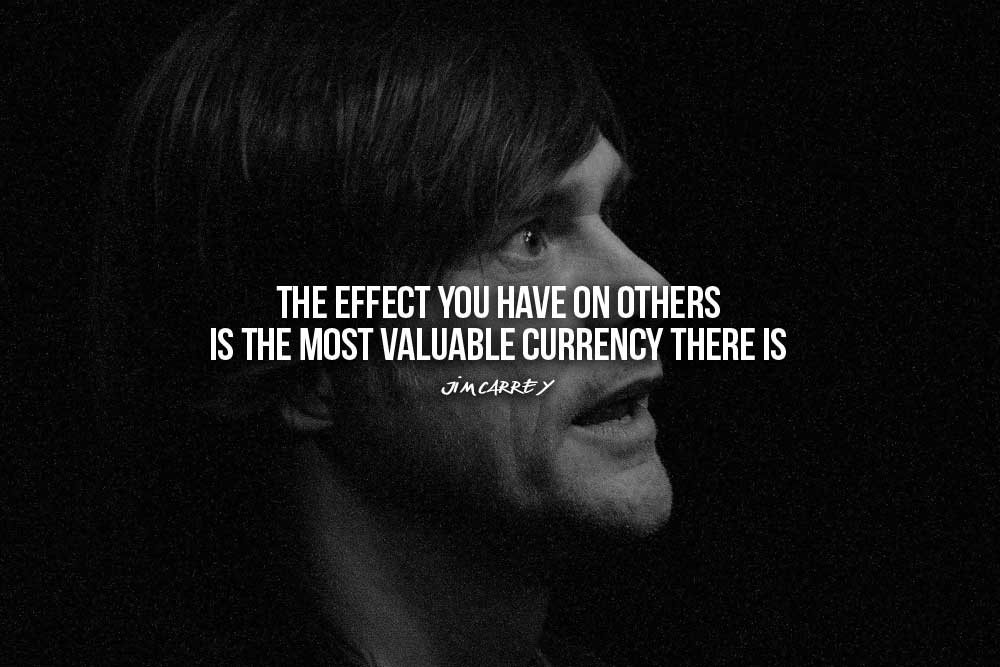 Jim Carrey – a man of legendary comic genius, who is also a human being of extraordinary wisdom and deep spiritual insight. That’s probably the most befitting introduction one can give to a soul who shines his light everywhere he goes!

Jim has always insisted that his life is proof that the Universe always listens to our requests and that the Law of Attraction brings to us exactly what we are expecting to receive while we work hard for it. Jim started using The Law of Attraction when he was in second grade after being inspired by one his teachers in school who said that whenever she wants something she prays for it and promises to do something in return. Jim decided to pray for a bike promising to recite the rosary every night in return. He couldn’t keep the promise, but his desire was nevertheless fulfilled. After two weeks, Jim received the bike of his dreams – a Mustang with easy rider handlebars and a banana seat!

But that one incident was only meant to mark the beginning of an extraordinary life for Jim, who decided to settle for nothing less than the fulfillment of his greatest and most deeply cherished dreams. Having drawn his inspiration in the early years from his father, Jim always knew that he wanted to contribute towards making this world a better place and for him that meant freeing people from their everyday cares and concerns through his comic genius and ability to make everyone laugh.

Through the power of intention, visualization, willpower and tremendous hard work, Jim made all his dreams come true. Testifying the power of visualization and the fact that the Law of Attraction always works, in a 1997 television interview with Oprah Winfrey, Jim revealed how he had written himself a check of $10 million that he carried inside his pocket for years until it finally materialized with his producer signing him a check of the exact same amount right before the date he had intended to receive it.
Jim’s life is an inspiration in every way possible, here’s some of his best quotes encapsulating his extraordinary wisdom from a brilliant speech he gave at the 2014 graduation ceremony of Maharishi University of Management 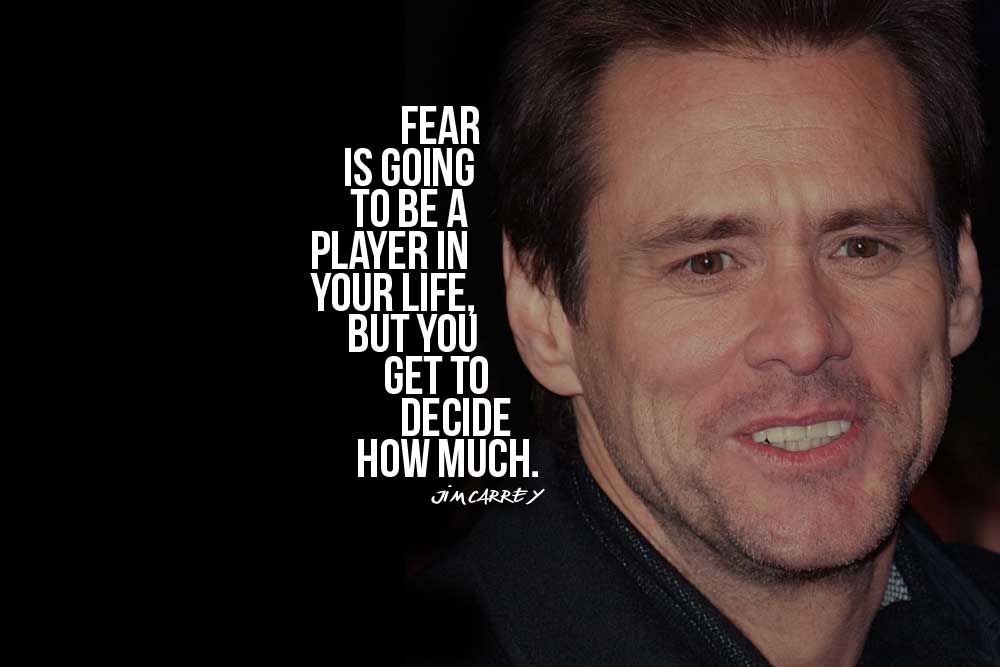 1. “Life doesn’t happen to you, it happens for you.” – Jim Carrey Quotes

2. “I have no limits! I cannot be contained because I’m the container.” – Jim Carrey Quotes

4. “Fear is going to be a player in your life, but you get to decide how much.” – Jim Carrey Quotes

5. “You can spend your whole life imagining ghosts, worrying about your pathway to the future, but all there will ever be is what’s happening here, and the decisions we make in this moment, which are based in either love or fear.” – Jim Carrey Quotes

7. “You can fail at what you don’t want, so you might as well take a chance on doing what you love.” – Jim Carrey Quotes

8. “What’s yours? How will you serve the world? What do they need that your talent can provide? That’s all you have to figure out.” – Jim Carrey Quotes

9. “The effect you have on others is the most valuable currency there is.” – Jim Carrey Quotes

10. “That peace that we’re after, lies somewhere beyond personality, beyond the perception of others, beyond invention and disguise, even beyond effort itself. You can join the game, fight the wars, play with form all you want, but to find real peace, you have to let the armor fall.” – Jim Carrey Quotes

11. “Everything you gain in life will rot and fall apart, and all that will be left of you is what was in your heart.” – Jim Carrey Quotes

13. “Your need for acceptance can make you invisible in this world. Don’t let anything stand in the way of the light that shines through this form. Risk being seen in all of your glory.” – Jim Carrey Quotes

14. “I’ve often said that I wished people could realize all their dreams of wealth and fame so they could see that it’s not where you’ll find your sense of completion.” – Jim Carrey Quotes

16. “I don’t believe in hope. Hope is a beggar. Hope walks through the fire, faith leaps over it.” – Jim Carrey Quotes

17. “As far as I can tell, it’s just about letting the universe know what you want and working toward it while letting go of how it might come to pass.” – Jim Carrey Quotes

18. “You will only ever have two choices: love or fear. Choose love, and don’t ever let fear turn you against your playful heart.” – Jim Carrey Quotes

19. “You are the vanguard of knowledge and consciousness; a new wave in a vast ocean of possibilities.” – Jim Carrey Quotes

20. “Ultimately, we’re not the avatars we create. We’re not the pictures on the film stock. We are the light that shines through it. All else is just smoke and mirrors. Distracting, but not truly compelling.” – Jim Carrey Quotes

What is your favourite Jim Carrey Quote? Comment Below