Born on September 25th, 1968 in a middle-class Philadelphia family, Will Smith has been dubbed by Newsweek as ‘the most powerful actor in Hollywood.’ He is the proud winner of four Grammy Awards who has also been nominated for two Academy Awards and four Golden Globe Awards.

Will Smith’s extraordinary journey to fame and stardom started at an early age when before the age of 21 he became a millionaire through his rapping career. 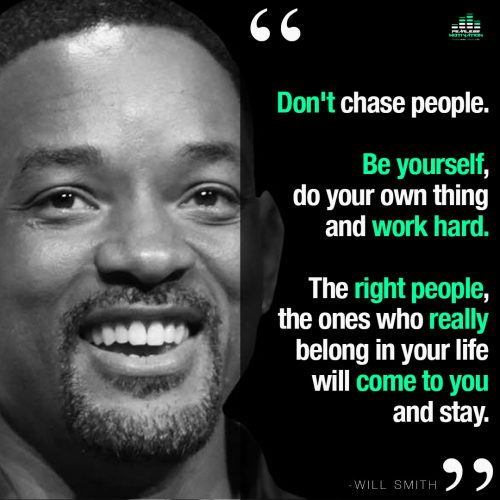 As a rapper, he chose to produce his music under the name ‘The Fresh Prince,’ adopting his childhood nickname ‘Prince’ given to him for his personal charm and quick wit through which he got himself out of any situation. Along with fame and recognition, The Fresh Prince enjoyed stupendous financial success, but due to his free-spending habits during those years, he soon became bankrupt.

However, the financial problems didn’t last long since he was soon cast into the lead role for the hugely successful television series The Fresh Prince of Bel-Air that instantly shot him to massive stardom, making him a household name and a well-recognized face. Smith later transitioned into a full-time Hollywood acting career with his lead roles in many blockbuster hits like Men in Black, Independence Day, Ali and Pursuit of Happyness.

Having never been a fan of the traditional education system, Smith never had any desire to go to college. He believed that whatever he wanted to learn, he could do so with his single-minded dedication and there was no need for a person standing in front of a class to achieve that.

Will Smith is a shining example of what a human being can achieve when they have belief in themselves, an obsessive determination to succeed and an unmatchable work ethic.

1. Greatness is not this wonderful, esoteric, elusive, godlike feature that only the special among us will ever taste, it’s something that truly exists in all of us.

2. Being realistic is the most common path to mediocrity. 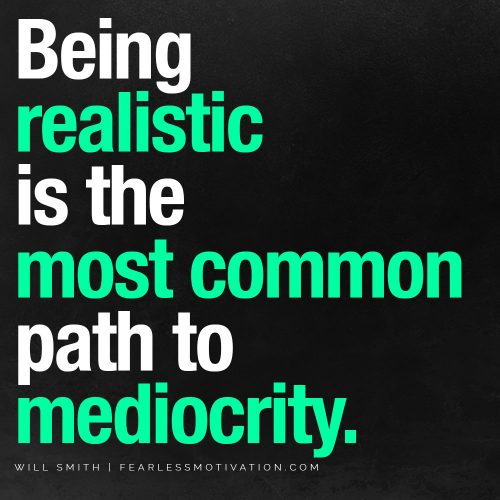 3. The separation of talent and skill is one of the greatest misunderstood concepts for people who are trying to excel, who have dreams, who want to do things. Talent you have naturally. Skill is only developed by hours and hours and hours of beating on your craft.

4. Life isn’t how many breaths you take, but it’s the moments that take your breath away.

5. If you’re not making someone else’s life better, then you’re wasting your time. Your life will become better by making other people’s lives better.  – Will Smith Quotes 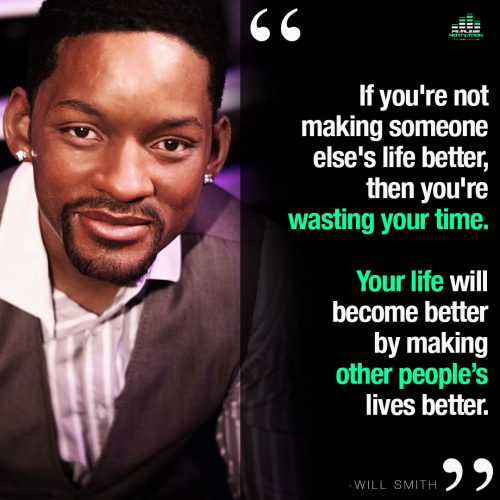 7. Fear is not real. The only place that fear can exist is in our thoughts of the future. It is a product of our imagination, causing us to fear things that do not at present and may not ever exist. Do not misunderstand me danger is very real but fear is a choice.

8. Never underestimate the pain of a person, because in all honesty, everyone is struggling. Some people are just better at hiding it than others.

9. I want to be the person that is the first person there and the last person to leave. That’s who I want to be, because I think the road to success is through commitment, and through the strength to drive through that commitment when it gets hard. And it is going to get hard and you’re going to want to quit sometimes, but it’ll be colored by who you are, and more by who you want to be.

10. Never lie, steal, cheat, or drink. But if you must lie, lie in the arms of the one you love. If you must steal, steal away from bad company. If you must cheat, cheat death. And if you must drink, drink in the moments that take your breath away.   – Will Smith Quotes

11. Too many people spend money they haven’t earned, to buy things they don’t want, to impress people they don’t like.

12. Stop letting people who do so little for you control so much of your mind, feelings & emotions. 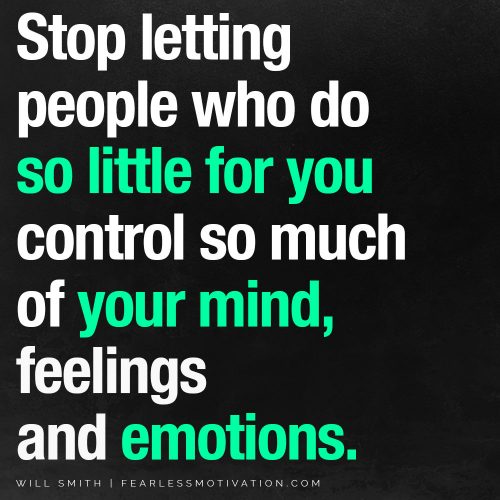 14. Money & success don’t change people; they merely amplify what is already there.

15. There’s no reason to have a plan B because it distracts from plan A.  – Will Smith Quotes 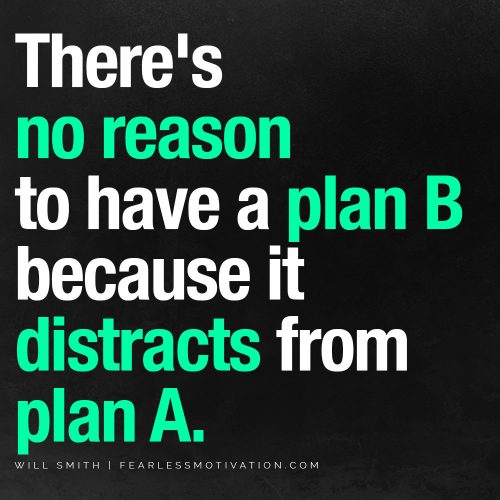 16. When you’re running and you are there, there’s a little person that talks to you and that little person says “Oh, I’m tired”, “My lounge’s about to pop”, “I’m so hurt”, “I’m so tired”, “There’s no way I can possibly continue”. And you wanna quit. Right? That person, if you learn how to defeat that person when you’re running you will learn how to not quit when things get hard in your life.

18. I’ve always considered myself to be just average talent and what I have is a ridiculous insane obsessiveness for practice and preparation.

20. The first step is you have to say that you can.  – Will Smith Quotes

21. Don’t chase people. Be yourself, do your own thing and work hard. The right people, the ones who really belong in your life will come to you & stay

22. I want the world to be better because I was here. 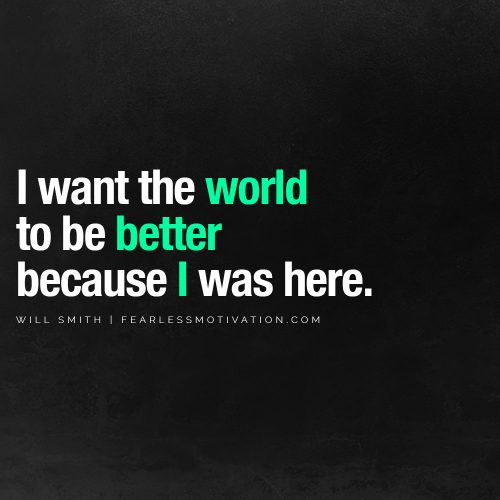