One of world’s most recognized and sought after self-help gurus or more appropriately named success coaches – Bob Proctor – is a man who needs no introduction!

Bob is a living example of practising everything he teaches, his own life bears testimony to the fact that it all really does work.
He has featured in the widely acclaimed documentary movie, The Secret, teaching the universality of the Law of Attraction. His teachings revolve around the art and science of manifesting prosperity.
Bob is a firm believer in the fact that the only real limitations in our life are those we set for ourselves. There is abundance and an infinite supply of everything in the Universe. If most of us are living a life of want and limitations, it is not because there isn’t enough but because we cannot muster the courage to ask the Universe for more!

He says that we are so afraid to fail that we wouldn’t even dare to dream. We dismiss the realm of the imagination as pure ideal fantasy. When in truth, it is the imagination that holds the key to opening the floodgates of manifestation. Bob himself was born into a life of limitation and want. He did not finish high-school and had no real job or reliable source of income, that was until he came across Napoleon Hill’s book, Think and Grow Rich. The book came to him by nothing short of a miracle, and ended up being a total game changer. 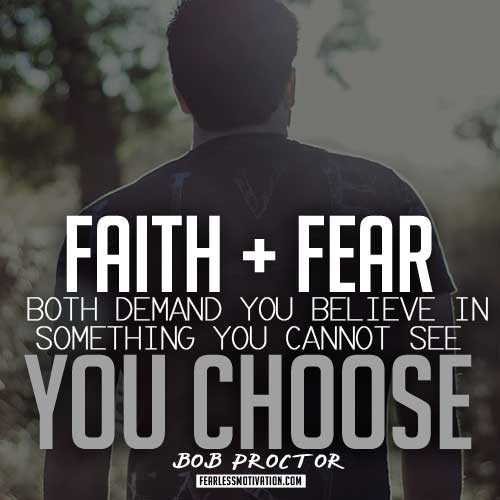 Within a year, the Bob Proctor who was steeped in debt and was eternally broke turned into a man making over $100,000 per year. And it wasn’t too long after this that Bob Proctor cracked the $1 million mark.
Bob was absolutely astounded why nobody – in his school, in his family, or his superiors – had ever taught him these very basic principles that literally turned his life around.
He also realized one more thing – the people who are the most successful don’t know exactly why they are so successful. There could be others doing the exact same thing as them, running the exact same businesses, but somehow certain individuals thrive more than others do.

Bob spent almost a decade trying to decode the secret to this enigma. When he finally understood why things are the way they are, he knew that it was his calling to teach others how to create a life of abundance and wealth.
Apart from Napoleon Hill’s book, Bob has also been strongly influenced by the teachings of his mentors, LLoys Conant, and Earl Nightingale. In his seminars, Bob encourages everyone to shrug off their limitations and dare to go after their wildest dreams. He says that to learn and unlearn and then to relearn again is the attribute of the Great.

It is true that the path of great success is not an easy one. There will be many roadblocks and there will be those moments when quitting will seem like the most sensible choice. Bob says that this really is the test because a winner is one who perseveres in his efforts the longest.

Sometimes it might take longer for our dreams to manifest but what we wish for is guaranteed to happen if we can keep going after it with single-minded dedication just long enough!

1. “The only limits in our lives are those we impose on ourselves!”― Bob Proctor 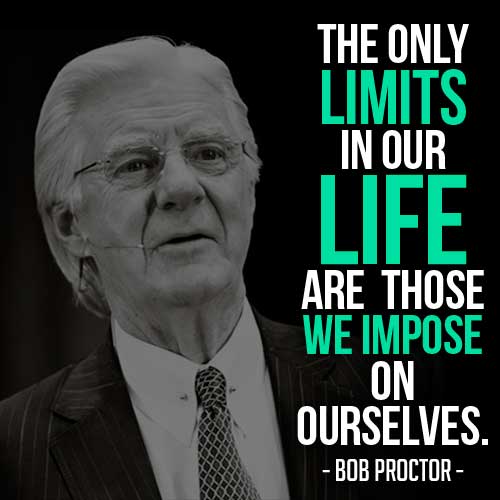 2. “Set a goal to achieve something that is so big, so exhilarating that it excites you and scares you at the same time.”― Bob Proctor 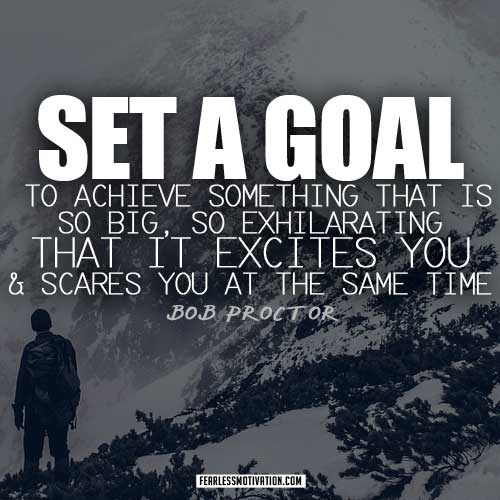 3. “Thoughts become things. If you see it in your mind, you will hold it in your hand.”― Bob Proctor 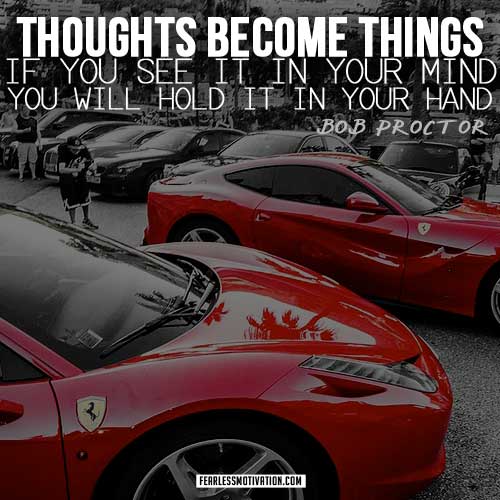 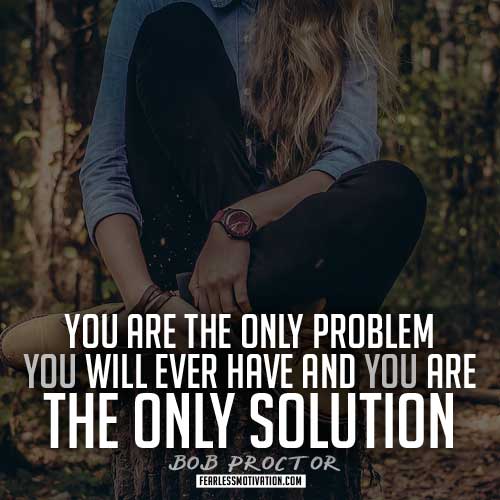 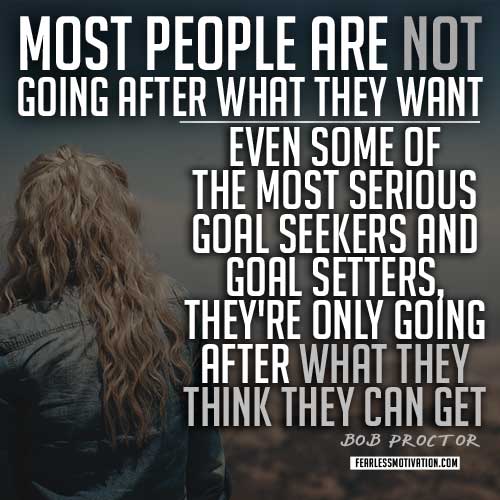 6. “Do you want to know what you think about most of the time? Take a look at the results you’re getting. That will tell you exactly what’s going on inside.”― Bob Proctor 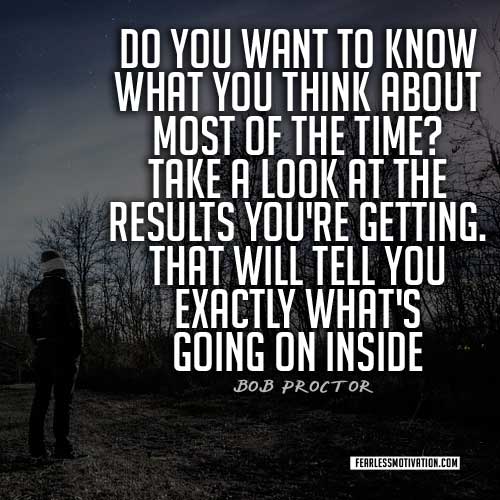 7. “Thoughts become things, If you see it in your mind, you will hold it in your hand.” ― Bob Proctor

8. “You’re going to find the people that make it work NEVER quit, quitting is NOT an option.”― Bob Proctor 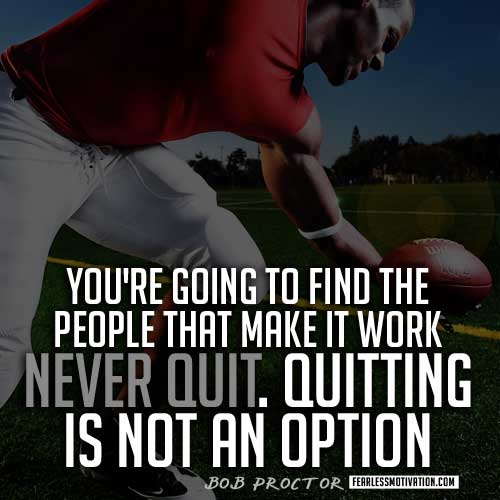 9. “Faith and fear both demand you believe in something you cannot see. You choose!”― Bob Proctor 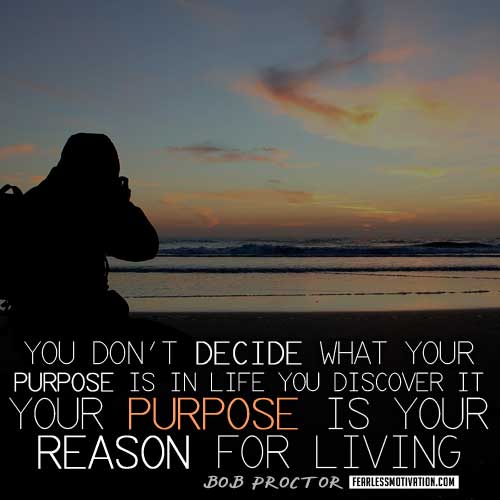 11. “See yourself living in abundance and you will attract it. It always works, it works every time with every person” – Bob Proctor 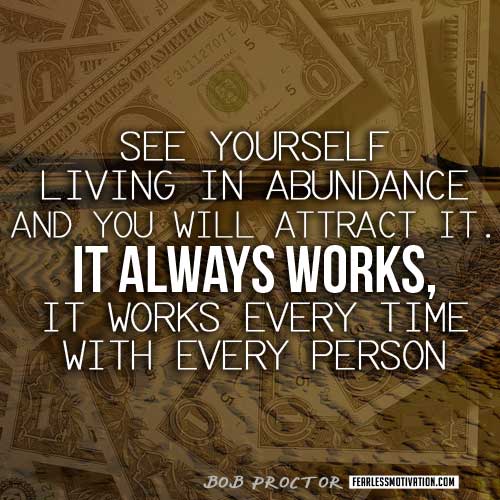 12. “Be like a postage stamp. Stick to it until you get there”― Bob Proctor 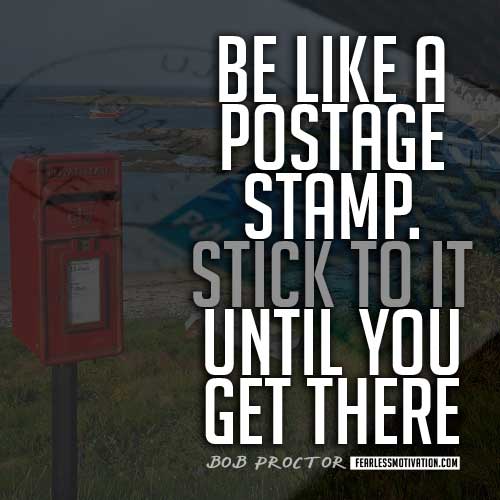 13. “If you do not get the chills when you set your goal you’re not setting big enough goals.” – Bob Proctor 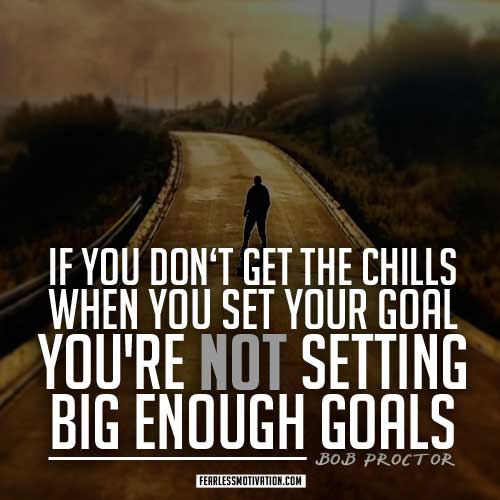 14. “The only competition you will ever face is with your own ignorance” – Bob Proctor 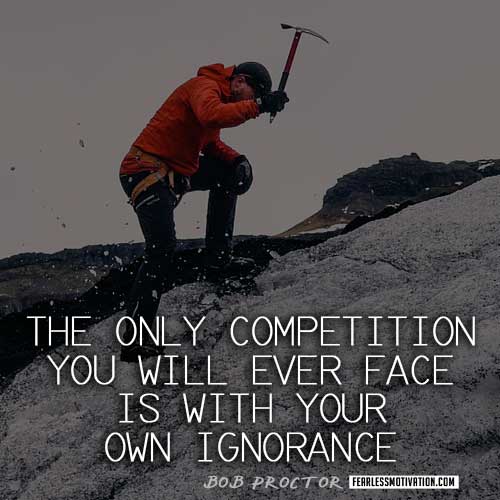 Bob Proctor on The Secret – Video

Bob Proctor – The Subconscious Mind and How to Program it

Bob Proctor Reveals ‘The Ultimate Secret’ Beyond The Law Of Attraction

How to Manifest Extreme Money with Bob Proctor