“Reality is merely an illusion, albeit a very persistent one.” – Albert Einstein

Knowledge shows you what already exists. But imagination lets you create something that never existed before. It’s how you access the infinite potential of your subconscious mind.

That’s how we humans invented the first wheel, electricity, the telephone, and so on. Imagine how you’d feel if you did something that has never been done before. The source of all creation lies within you and you can access it with your imagination. This is why imagination is more important than reality. 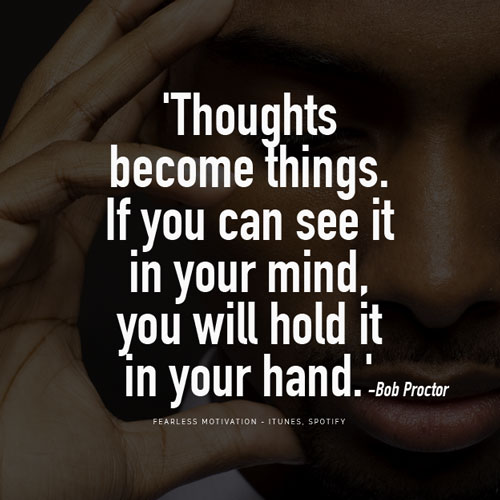 Passion gives you tremendous energy and burns all obstacles that come your way. That is why legends like Elon Musk, Michael Phelps, and Michael Jordan have accomplished so much more than others. They have dedicated their life to their passion.

Elon Musk wants to give humanity a better future. In his imagination, we will live on Mars in a couple decades, use electric cars and hyperloop for travel and use solar energy to power up the whole world. He believed in his imagination before he ever made it real.

Whenever you’re stuck in life, you’ll find that it is your imagination that’ll show you the path to a meaningful life. This is a fact.

For example, Bill Gates wanted to provide clean water to poor communities. He used his imagination, talked to his team and built the Omniprocessor, a machine that can convert poop into clean water. Isn’t this a miracle?

Take another example, psychologist Viktor Frankl, the author of Man’s Search For Meaning, survived a concentration camp in Auschwitz by using his imagination to tell himself that his wife was waiting for him and he needed to survive.

This allowed him to create meaning in a place where dozens of people were hanged every day and prisoners would touch a barbed wire if they wanted to commit suicide. This is the power of imagination that saved him from dying in hell and serves as a great example of why imagination is more important than reality.

Reality shows us a limited part of the puzzle. It is our creative imagination that knows how to find the missing parts. It reaches unknown terrains to find great ideas and shows us a never seen pathway to the future.

We have reached the stars, landed on the moon and invented how to fly using imagination. The people who invented these had some ideas in their mind. But what really kept them going was imagining the possibility of making those ideas a reality.

Take another example. Elon Musk, the raddest innovator, invented PayPal in a time when everyone would send payments using checks and courier. He saw a possibility and made it real.

So what’s the lesson here? You have limited time to leave a dent in the world. Don’t let it go to waste.

The biggest reason why imagination is more powerful than reality is because imagination creates reality. Everything you have experienced so far is based on your mental model of the world. And everything you have not done is because of the same model. If you change your beliefs, which you will as years roll by, you will make major changes in your life and your reality will change. Changing nature of reality shows how imagination is more important than reality

You can either accept the limited reality in front of you. Or you can create your own, live on your own terms, and tap into your infinite potential.

Which one is it gonna be?