16 Chester Bennington Quotes: Working through the pain on depression with the power of music

All hell broke loose on Thursday when news about Chester Bennington’s suicide came out. On Twitter, people expressed their heartfelt condolences and took a moment to remember his legacy.

Many artists in the music and film industry reflected on their connection with the rockstar and sent love and strength to his wife and six children.

Several fans took to YouTube and Twitter to reveal how a part of them had died with the singer’s death. After all, while the mainstream media was busy making music about the flashy life, it was Bennington who acknowledged the dark – albeit more real – side of life.

Linkin Park’s music ran through the veins of people who find themselves confused, lost, “numb”, or broken at some point in their lives. And Bennington’s voice validated their emotions in the dark night of the soul.

But it will never be the same. Nonetheless, his music will be, reminding us of his amazing contribution to our lives.

So today, we want to honor the great singer by remembering his most memorable quotes: 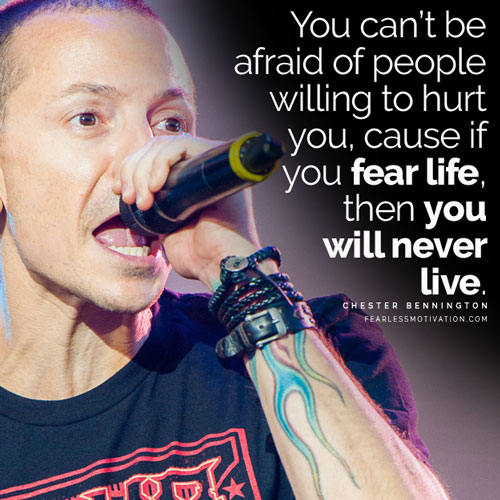 1. You’re constantly trying to prove yourself, even after you’ve made it.

2. We’d like to think that our music will always be bigger than any one of our individual personalities.

3. We’re shooting for the title of the hardest working band in America. – Chester Bennington

4. When I’m writing, I’m constantly thinking about myself, because it’s the only experience I have to draw on. And I don’t see an exact reflection of myself in every face in the audience, but I know that my songs have validity to them, and that’s why the fans are there.

5. I have been able to tap into all the negative things that can happen to me throughout my life by numbing myself to the pain so to speak and kind of being able to vent it through my music.

6. I don’t like to hold back because that’s how you hurt yourself. – Chester Bennington

7. Well, we promised our fans that we’d put out records faster, and that’s what we’re doing. We figured out a way to condense our cycle, so to speak, by… continuing to write, trying to keep the creative ball rolling as often as possible.

8. I don’t drink. I choose to be sober now. I have drunk over the last six years, but I just don’t want to be that person anymore.

9. You can’t be afraid of people willing to hurt you, cause if you fear life, then you will never live.

10. I’m strong on the outside, not all the way through. I’ve never been perfect, but neither have you. – Chester Bennington

11. It’s the band that really counts and not our egos. Egos probably destroyed more bands than anything else did, and that’s something we want to avoid at all costs.

12. When life leaves us blind, love keeps us kind.

14. Some kids are so depressed at home and with how people treat them in school that they cut themselves. This happens all over the world – kids who don’t want to kill themselves, but nobody understands how much they hurt, so they cut themselves with razor blades.

15. I always wanted to be a rock star. That was my childhood dream. That’s what I told everybody I was going to be when I grew up. 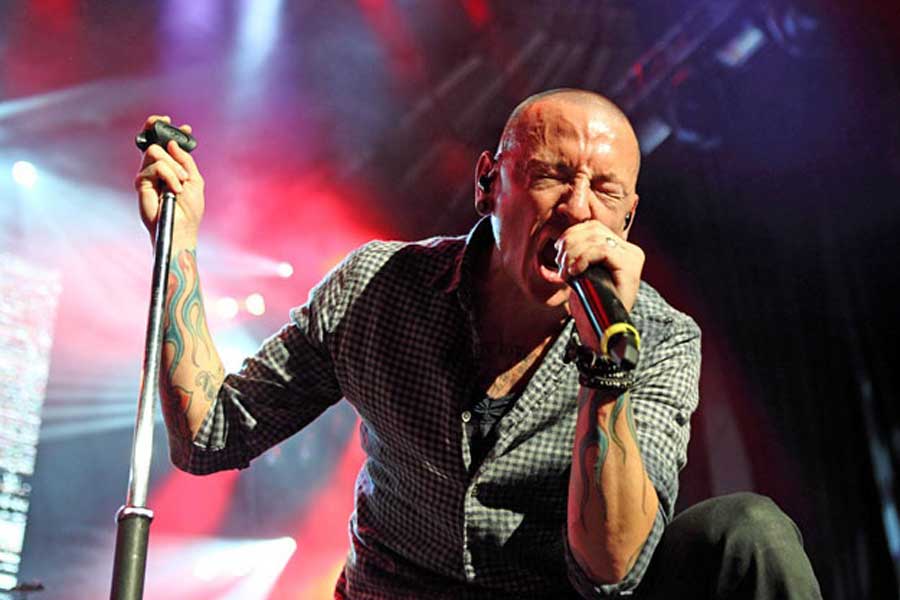