Michael Phelps is a beast. When someone enters the debate for greatest athlete of all time you know you are dealing with a beast. Michael Phelps is the most decorated Olympian in human history with 23 gold medals (28 total medals). He was the most successful athlete for four Olympics in a row. Phelps has set 39 world records, more than anyone in history.

Bob Bowman, Michael Phelps’ lifetime coach described Michael as “a solitary man” with a “rigid focus.” Michael describes Bob who has coached him since he was 11 years old as a “drill sergeant” because of his disciplined and regimented ways. Phelps has relocated numerous times, to stay under the tutelage of Bob, whose demanding ways bring the best out of him.

Michael Phelps’s drive is complimented by his physique, standing at 6’4 (193cm) with a wing span (arm length) of 6’7 (201cm). His size 14 feet are ‘hypermobile’ or double jointed, his ankles can extend beyond the pointe of a ballet dancer, which enables him to whip his feet like a fish tail, propelling his frame through the water.

“Perseverance, determination, commitment, and courage – those things are real. The desire for redemption drives you.” 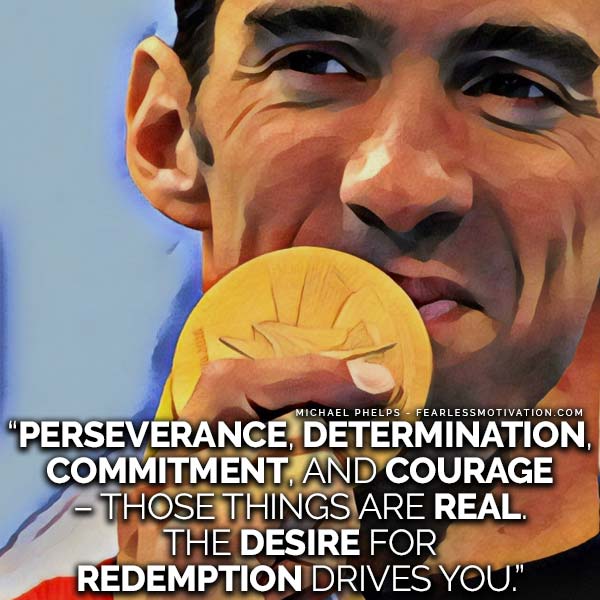 “I knew I was not a failure in any way, and so did those close to me. It doesn’t matter if you fall short; it is never a failure to go after goals with everything you’ve got.”

There is no shame in failing, as long as you give your all. Dust yourself off and go again.

“When I feel tired, I just think about how great I will feel, once I finally reach my goal.”

Motivation is temporary. Discipline is what separates the ordinary from the extraordinary.

“There are always going to be obstacles that come in your way, STAY POSITIVE” 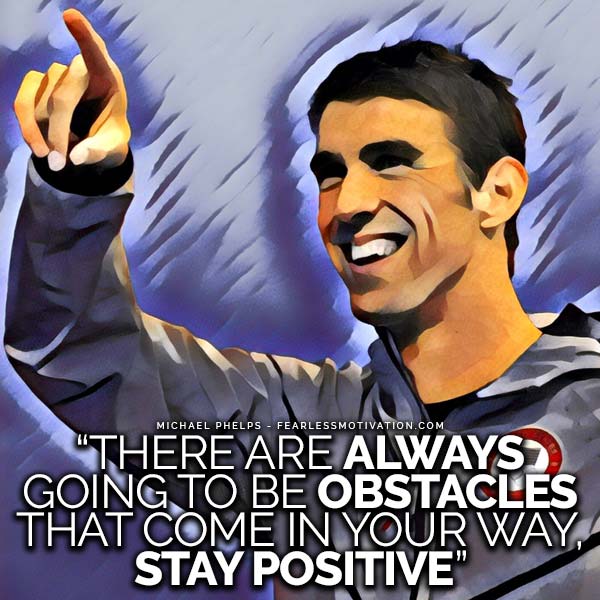 “If I didn’t swim my best, I’d think about it at school, at dinner, with my friends. It would drive me crazy.

Are you obsessed? Let your goals become your obsession. If you want to be a champion

“Dream as big as you can dream, and anything is possible.”

If you can see it, you can achieve it. 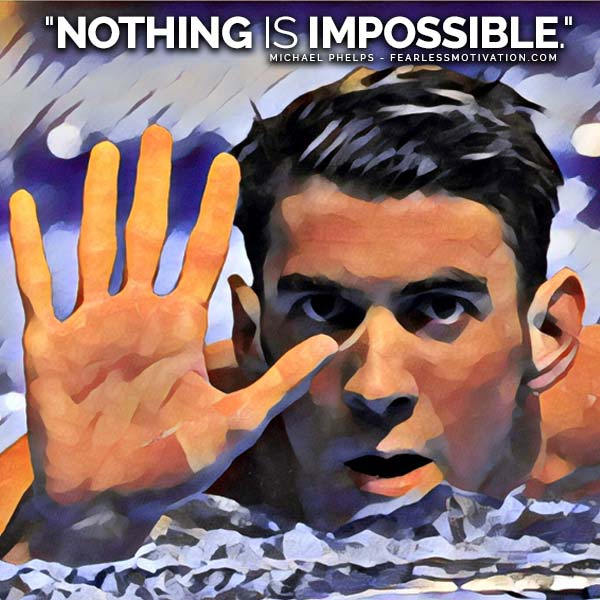 “I found something I love… and never gave up!”

Find your passion. If you can find something you love, the work will come much easier for you.

“People say to me, You’re so lucky. You get to see the world. But I don’t. I go to the hotel and the pools and back again. THAT’S IT.”

Successful people are always looked at as ‘lucky’. But only by people that don’t know what it is to be dedicated. If you want something bad enough you are going to have to sacrifice a lot of comfort to get it. 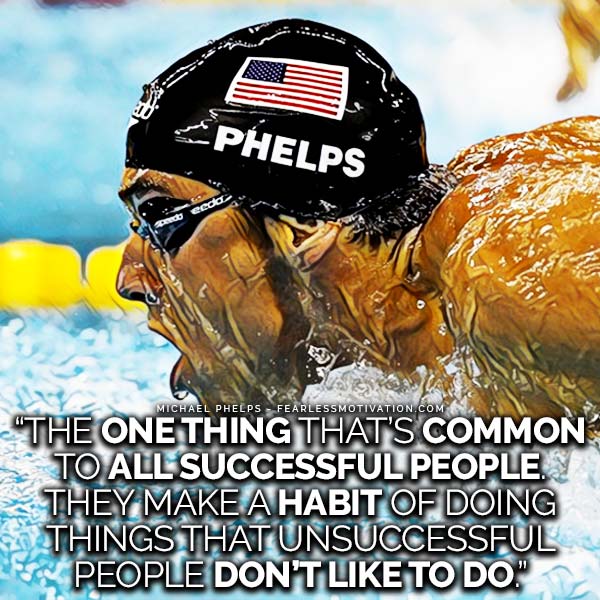 “I want to be able to look back say, “I’ve done everything I can, and I was succesful”. I don’t want to look back and say I should have done this or that.”

Don’t grow old wishing you had done more. Don’t quit until you have nothing left. Then go again and again.

“I think goals should never be easy, they should force you to work, even if they are uncomfortable at the time.”

The most growth happens under the most demand. Demand more from yourself. Push yourself to go beyond your perceived limits and you’re development will sky rocket.

Whether your in the business world or sporting world, or just want more out of life. You health is key to your energy, vitality and ultimately your production.

“I can’t remember the last day I didn’t train.”

If your catch phrase its the opposite of this. You’ve got a lot of work to do..

“Things won’t go perfect. It’s all about how you adapt from those things and learn from mistakes.”

Life isn’t perfect. There’s always going to be things that go wrong. Mistakes are the best way to learn, don’t beat yourself up instead focus on what you can learn from it. You won’t make the same mistake again.

“I want to test my maximum and see how much I can do. And I want to change the world”

What would happen if you gave your all? I mean really you gave everything in your work, health, diet, relationships? I dare you to try it. You will never look back.

“So many people along the way, whatever it is you aspire to do, will tell you it can’t be done. But all it takes is imagination.”

There’s always going to be people that say it can’t be done. Prove them wrong.