Steph Curry is one of the best ballers in history. On the court he regularly goes toe to toe with Lebron James and his MVP teammate Kevin Durant.

While he’s considered equal to those greats and so many from the past, the best part is that he’s been doubted his whole life. Unlike Lebron James, he wasn’t destined for stardom. He made his own success by becoming a sniper from the three-point line.

He’s proved his doubters wrong time and time again. Now he’s widely considered one of the best 3 point shooters of all time.

“Be the best version of yourself in anything that you do. You don’t have to live anybody else’s story.” – Steph Curry

Steph has never tried to be someone he’s not. He is 100% his authentic self, both on and off and the court.

Are you doing the same in your life? Are you living a life that is true to yourself or are you living one for everyone else?

Don’t waste time living a life for your parents, friends, or family. The key to living a happy and successful life is one where do what you love and avoid regrets in the future. 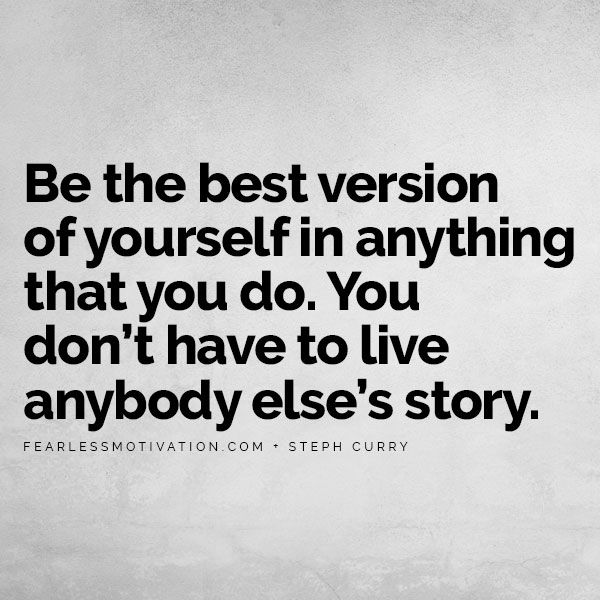 “Sometimes people make it seem like you have to have certain prerequisites or a crazy life story in order to be successful in this world. But the truth is you really don’t.”

Success is different for everyone. Don’t feel like you have to have the rags to riches story to make it in the world. Not everyone is going to have a Tony Robbins, Oprah or another incredible story.

Become the best version of yourself and constantly get better. That’s how you become successful!

“I’ve always believed that success for anyone is all about drive, dedication, and desire, but for me, it’s also been about confidence and faith.” – Steph Curry

At the end of the day, anyone can find success but few people do. Why is that?

I think it’s because most people don’t have the drive and dedication to keep going. Most people quit when it gets tough.

But if you’re trying to accomplish greatness you have to have confidence and faith that it will work. It won’t be easy but it’s the only way to truly make it in this world. 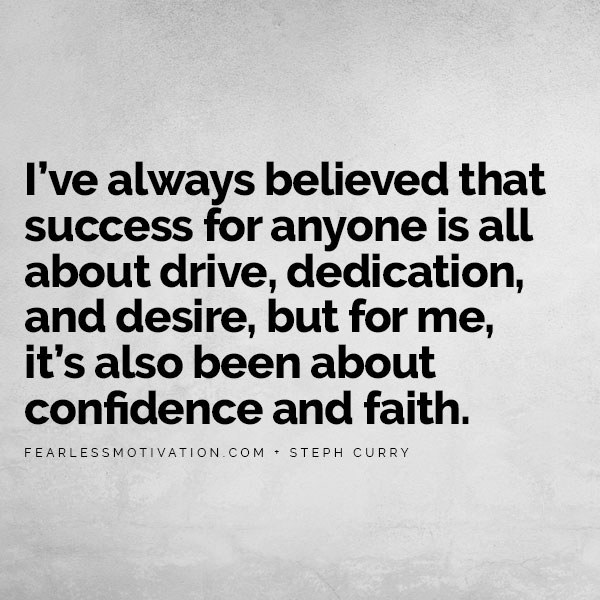 “I’m not the guy who’s afraid of failure. I like to take risks, take the big shot and all that.” – Steph Curry Quotes

If Steph Curry isn’t afraid to fail why are you? History has proven that failure is the quickest road to success. Start thinking about failure as a means of creating the life you’ve always wanted.

“To excel at the highest level – or any level, really – you need to believe in yourself.” – Steph Curry

Belief is something that you control, no one else does no matter what you think. Start creating success habits and rituals to build belief in yourself. Because without belief, you’ll never exceed at the highest levels in life. 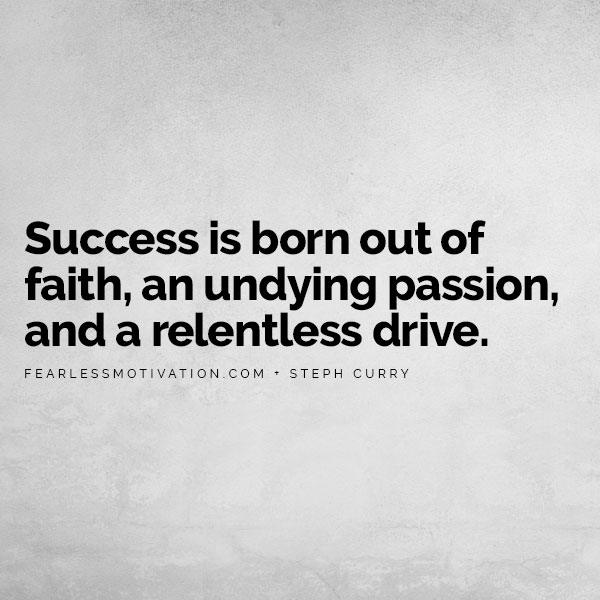 “Success is born out of faith, an undying passion, and a relentless drive.” – Steph Curry Quotes

While it’s going to be the harder route you’ll find more success and fulfillment than you ever imagined.