“I love yoga so much. It breaks my heart that I can’t practice every day. I can’t pick a favorite style. But I also really enjoy cardio fitness, I don’t get to practice that much, either. I love reading, cooking, podcasts… oh, and TV shows – plenty of them. I have so many interests in my life that it’s hard to make a list.”

That’s cool! Having multiple interests means your life is not boring. You’re a versatile person with a wide area of common knowledge.

But is versatility actually.. good?

It also means you’re all over the place. You get interested in yoga, for example, so you start practicing Yin, Ashtanga, Integral yoga, yoga Nidra, and any other kind the Internet serves you.

You want to start meditating, so you pick a different guided meditation on YouTube every single day, and you don’t really manage to calm your mind with any of them.

Then you start reading a couple of books at the same time. You’re interested in all of them, but you can’t fully connect with them, because you’re torn between two stories.

This is called multitasking, and it’s not as efficient as you might’ve thought.

When it comes to personal growth, in particular, it’s not efficient at all.

Sounds strange right? Well read on to find out how only doing one thing can bring you success.

Why Doing Only One Thing Can Bring You Mega Success 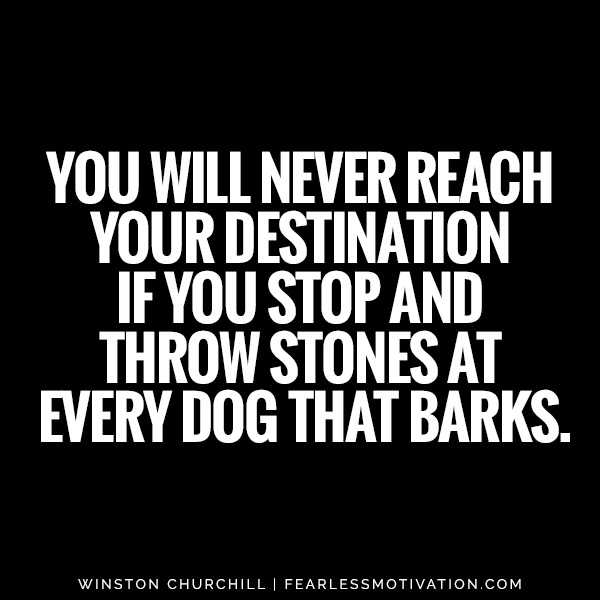 Why Multitasking Doesn’t Work | Do One Thing To Be Successful

The answer to that question is pretty simple: your brain is not built for it.

Scientific research from 2011 proved that for a fact. The researchers found that multitasking puts people under cognitive load, which disturbs their performance.

As you increase the number of things you’re trying to do at the same time, you create bottlenecks that inhibit your ability to make decision.

Now, you might be thinking: I’m not multitasking if I’m focused on Yin yoga today and Ashtanga tomorrow.

Well maybe you’re not doing this at the same time, but you’re still creating confusion in your mind.

You feel like you’re the most efficient version of yourself when you multitask. Prioritizing takes a great deal of effort and time. It doesn’t make you feel as important as multitasking does.

But being focused on a single thing is the only way to achieve huge results. Do one thing to be successful.

Take as much time as you need to define your goal, your purpose, your mission in life.

Then go after it like your life depends on it, dedicate your entire life to your mission and I gaurantee success. 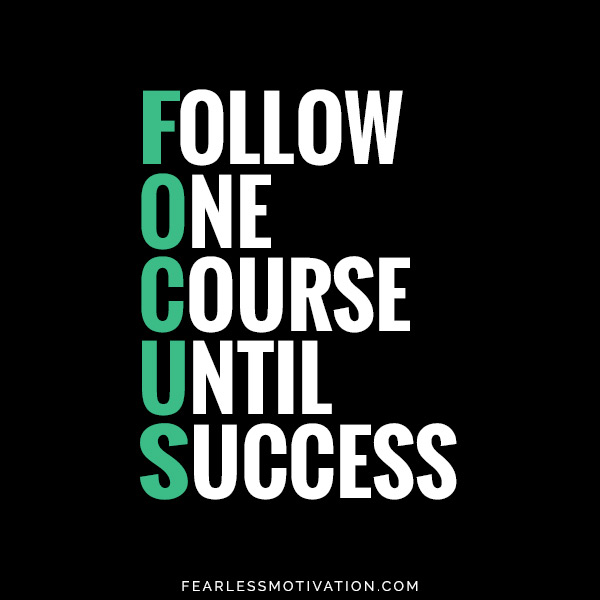 Why Focus Works | Do One Thing To Be Successful

When you’re focused on a single thing, you reach a state of flow.

I’m not saying you should sacrifice your entire life for one cause. There are several aspects of your life: family, career, studies, social life, personal progress and so on.

But If you try to cover several tasks in all of these aspects, then you have a problem.

If, for example, you aren’t focused on a clear career path, you’ll just jump from one job to another without finding your sense of purpose in any position. The same thing happens with college studies, and it’s exactly why so many students fail to graduate – they juggle between different courses and they don’t find their focus.

When you find one thing you want to improve in a particular aspect of life, it demands dedication.

If you’re willing to invest that effort, you will succeed.

Plus, making a commitment to a single thing prevents the feeling of being overwhelmed. If you’re trying to learn how to play the piano and you listen to Rachmaninoff playing, you’ll be overwhelmed. There’s no doubt about it.

But you keep showing up because your focus is on the finish line, the end goal so you don’t notice the obstacles your stepping over because your vision is so clear.

Investing tons of time on the instrument, day after day, you’ll notice great progress and the goal will be getting closer. But if you’re trying to learn how to play the piano, the violin, and the cello all at once and you try to achieve a very high level, you’ll be overwhelmed to a degree that makes you give up on everything.

Follow The Greats | Do One Thing To Be Successful

We don’t see Michael Phelps making attempts in running, pole vault, and gymnastics. If he tried doing all those things, I bet he’d be better than average in all of them, die to his dedication and athletic ability.

But would he be the best in human history in all of those? NO. He would never have become the swimmer that he is today.

How did he get there? Focus! He found his real calling and invested every ounce of effort he had into ONE THING.

Did he love every day of training? No, some he hated, but he focused on his outcome so intensely that he barely noticed. His powerful focus took him from strength to strength. 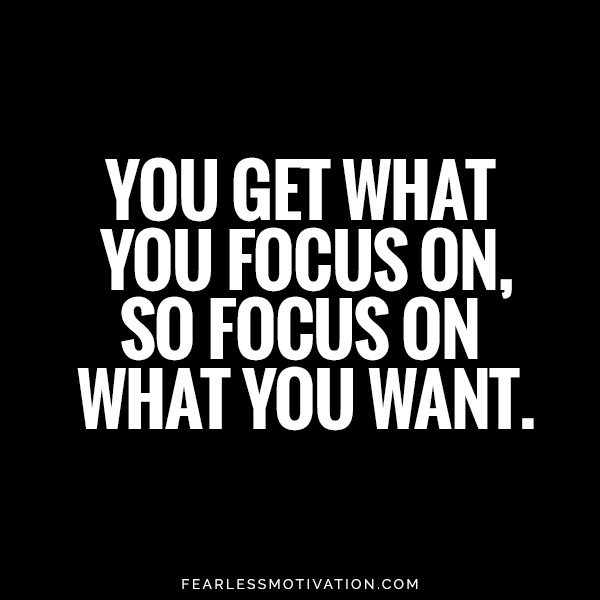 That’s the foundational point that leads to mega growth. Believe in what you want so intensely it has no choice but to manifest itself!

Find your one thing and give it everything.