Successful people have been studied more today than any other time in history.

But sometimes, what’s more important than what they have in common – is what they do differently.

To get to the top 1% of the world, successful people didn’t follow the masses. They chose to forge their own path and in the process, have found enormous success. Not just monetarily but physically, emotionally, and mentally as well.

I want to share with you seven things that successful people do differently. This way you can add a few to your own life to reach new levels.

Remember, if everyone is going in one direction, don’t be afraid to go your own way.

Sometimes it might be the riskier option but in the end, you might find 100X more success.

Not to mention, you will never end up with regret, knowing that you had the guts to back yourself.

1. They Get Clear About What They’re Doing

Successful people spend the time to find clarity around their goals and dreams. They get clear on what they want to achieve and who they want to be in life.

Once they find clarity, they take consistent daily action to get there. They never let their current limitations stop them from seeing a better future. 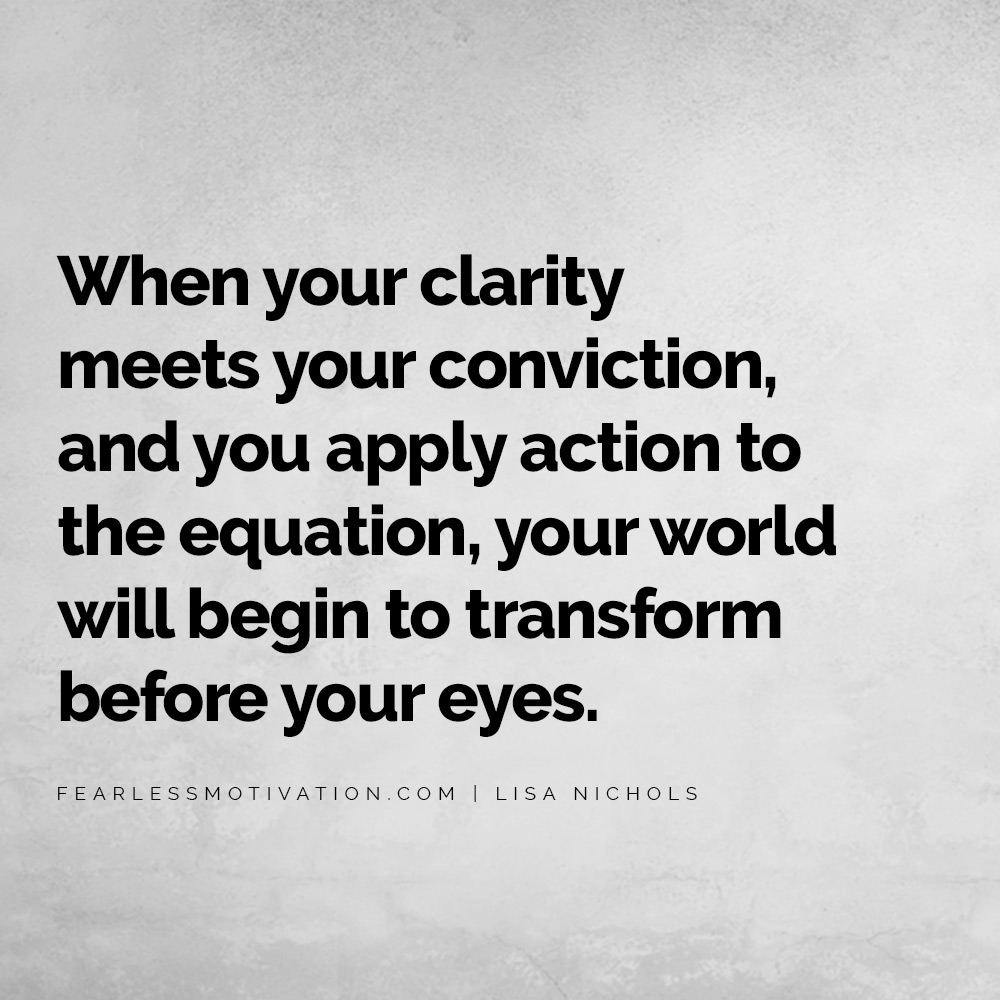 2. They Believe They Deserve Success

“If I have the belief that I can do it, I shall surely acquire the capacity to do it even if I may not have it at the beginning.” – Gandhi

These old negative and limiting beliefs won’t help you reach your dreams. Drop them now.

Every person is capable of growth, of love, of giving beyond themselves and being rewarded for it! Anyone can succeed financially, in relationships, with their health, in any area of their life.

3. They Create A Winning Mindset

“Eliminate the mindset of can’t because you can do anything.” — Tony Horton

Successful people know that emotions drive everything in their lives.

If you’re feeling depressed, scared or overwhelmed, you’re living in a state of negative emotion. This makes your brain less resourceful and less helpful to reach your goals.

If you want to have more energy, make better decisions, have more creativity, and attain more success in life, begin to pay attention to your emotions.

Cultivate a winning mindset by training your brain and creating an environment for success. Only consume positive content, skip the negative news, and make sure your environment cultivates success. Get rid of clutter, mentally as well as physically, along with negative people to make success effortless.

“Crave the result so intensely that the work is irrelevant.” — Tim Grover

The successful ones are stubborn in a great way. They don’t take no for an answer.

They are relentless for their success.

Are you the same?

Do you take this approach to achieve your hopes and dreams? Or do you let the small obstacles and adversity hold you back from pushing through?

If you want success in anything, especially at high levels, expect plenty of adversity along the way. Without resilience, it’s nearly impossible to make it to the top.

5. They Silence The Devil Inside

“Fear is the tool of a man-made devil.” – Napoleon Hill

Successful people suffer from doubts and fears like every other person.

In fact, they probably have it more than unsuccessful people because of how often they get out of their comfort zone. They still have the inner critic inside them but they don’t let fear stop them.

They exercise their courage muscle on a regular basis.

As Mel Robbins said, “Confidence in yourself is built through acts of everyday courage.”

Courage is a muscle, it’s something you can grow and develop over time.

By taking action on a regular basis and not being scared of failing. You have to feel the fear and do it anyways.

Done regularly enough, the devil inside will begin to silence and accept the new courageous version of you.

6. They Do The Hard Stuff First

They aren’t checking emails, organizing desktops or doing random activities in the morning.

If you wait until you have more time to do the important things, you’ll run out of time and never get anything done. It’s why people don’t exercise or take

Successful people prioritize their lives differently. They know that the important stuff is what will get them to where they want to be.

They do the big tasks on projects at the beginning of the day, and they leave the emails to later in the day. 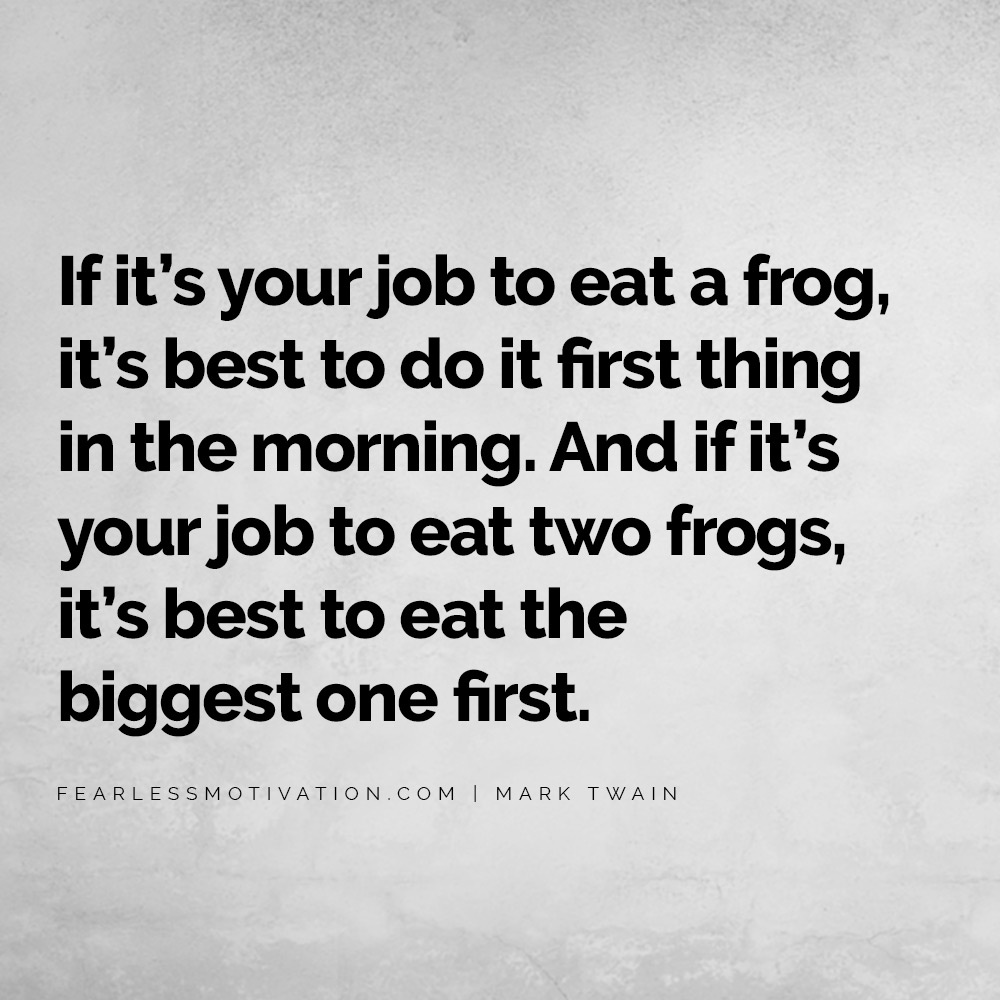 “Success is stumbling from failure to failure with no loss of enthusiasm.” — Winston Churchill

Another thing successful people do differently, they see failure as part of the learning process. No matter how much they fail, they aren’t willing to quit.

They also never see failure as defining who they are in life. When unsuccessful people fail, they see themselves as a failure.

Failing implies that the epic journey is over. Instead, you should learn to think of failures as just part of the process then you will never fail.

Don’t forget, the best successes usually come on the heels of failures.

Pick 1-2 of these traits or skills and immediately implement into your life. Which one or two would catapult your life to the next level?

Get To The Next Level 👇