With a rather difficult childhood and a life of constant searching for himself, the man we feature today is an epitome of everyday motivation. The poet, the writer, the wanderer. Henry Charles Bukowski fought for the little guy, always emphasizing the importance of staying true to yourself.

Bukowski died almost 22 years ago, but his words still resonate across the world in the minds of both the youth and the elderly. This prolific writer and poet has published more than 60 books, including thousands of highly-respectable poems. Although most of his books carry an autobiographic tone, people have been able to see their own dreams and ambitions as well as their daily misfortunes.

As Bukowski himself admitted, his was father was abusive both physically and mentally. However, this author made the best out of an otherwise grim situation and used his childhood traumas to perfect his writing. As one might guess, it takes someone who has felt pain to write about the hardships of life.

He made his name writing about the lives of the average Jane and Joe in L.A., the city he lived in. Charles had an exquisite talent of recognizing the simple truths in the everyday life that made most people miserable. By pointing to the elephant in the room, the similarity between slavery and the modern life, he reached the minds of millions who saw themselves trapped in work and concealed emotions.

But Bukowski was not only an excellent observer, but he also had insights about the way you can improve your quality of life. Living freely without the need to confine to the system is in a way a motto of this timeless poet. Everyone could discover a thing or two about living their lives to the fullest.

He had several romantic flames that burned the same way he lived his life – without constraints. His romance was hidden behind his morbidly realistic poetry, but Bukowski certainly had a heart large enough to encompass more than one love during his life. His life combined with his poetry tells us a tale about a complex person that used paper as a way to bare his soul.

Because of his unyielding attitude and unbowed spirit, Charles Bukowski remained a favorite author of many. His poetry inspired people to chase their dreams and to explore their minds and hearts. The unusual life he led has provided him with peculiar wisdom about the purpose of life. The message is clear – live and love without the shackles and chains that come with living a modern life.

1.”You have to die a few times before you can really live.” – Charles Bukowski Quotes 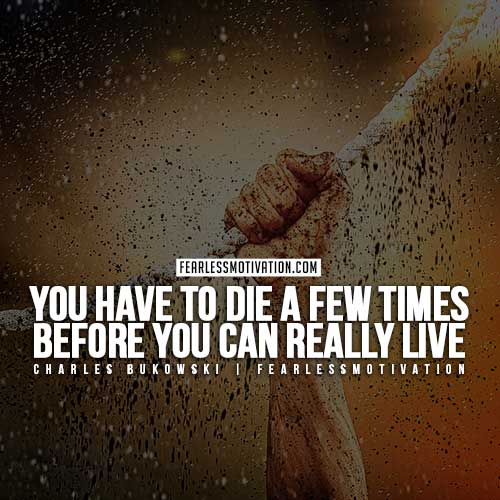 2. “I wasn’t much for a petty thief. I wanted the whole world or nothing.” – Charles Bukowski Quotes

3. “What matters most is how well you walk through the fire.” – Charles Bukowski Quotes 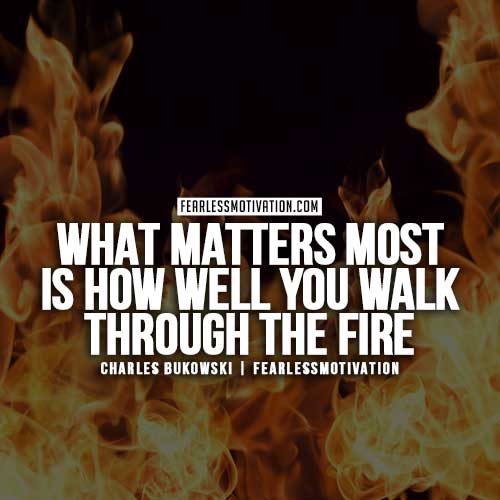 4. “The problem with the world is that the intelligent people are full of doubts, while the stupid ones are full of confidence.” – Charles Bukowski Quotes

5. “Unless the sun inside you is burning your gut, don’t do it.” – Charles Bukowski Quotes 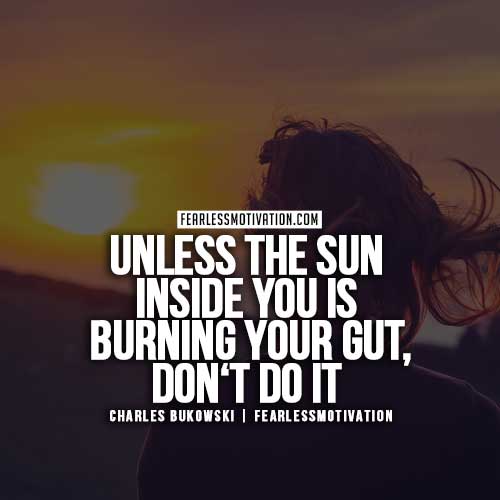 6. “Nobody can save you but yourself and you’re worth saving. It’s a war not easily won but if anything is worth winning then this is it.” – Charles Bukowski Quotes

7. “If you have the ability to love, love yourself first.” – Charles Bukowski Quotes 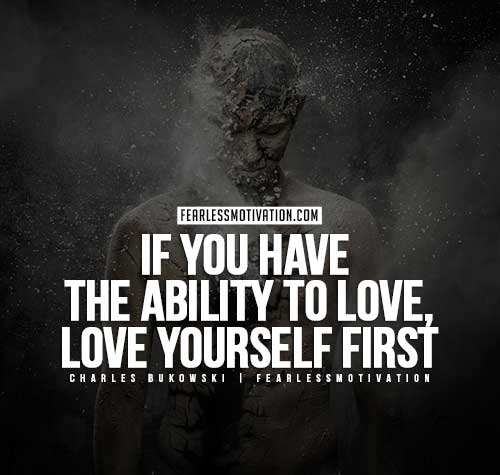 8. “If I stop writing, I am dead. And that’s the only way I’ll stop: dead.” – Charles Bukowski Quotes

9. “The less I needed, the better I felt.” – Charles Bukowski Quotes 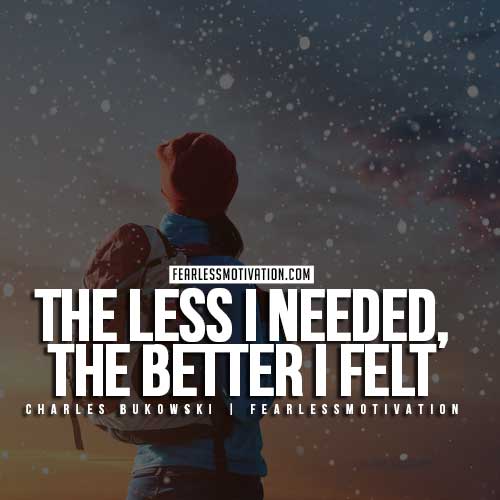 10. “Understand me. I’m not like an ordinary world. I have my madness, I live in another dimension and I do not have time for things that have no soul.” – Charles Bukowski Quotes