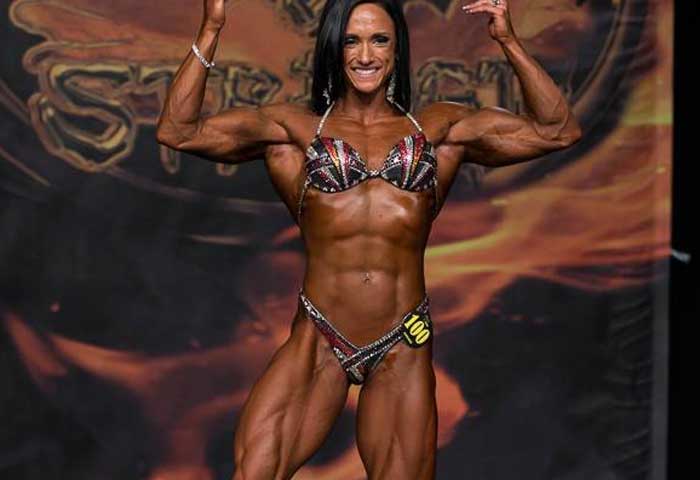 The road to the Mecca in female bodybuilding is paved with lost hopes and shattered dreams of all those who came before that weren’t able to endure the struggle, sacrifice, or the relentless commitment it takes to keep plodding ahead when every fiber of your being is screaming at you to pull back and settle for the nauseating comfort of mediocrity.

Just eleven weeks from now IFBB Pro Melissa Lesage will set foot on a pro stage for the second time in her young career as she attempts to take another step toward reaching her dream, proving all of her doubters wrong in the process. For Melissa the road to the Mecca certainly hasn’t been easy, nor has it been forgiving thus far, but for this rising star of the Women’s Physique division climbing the mountain, and overcoming adversity, are all in a day’s work. Melissa’s physique would put many male bodybuilders to shame, her size and definition is a testament to the hard work she has put in.

Recently I had a chance to catch up with Melissa in the midst of her contest prep, and you can read it all right here, in this Fearless Motivation exclusive interview. 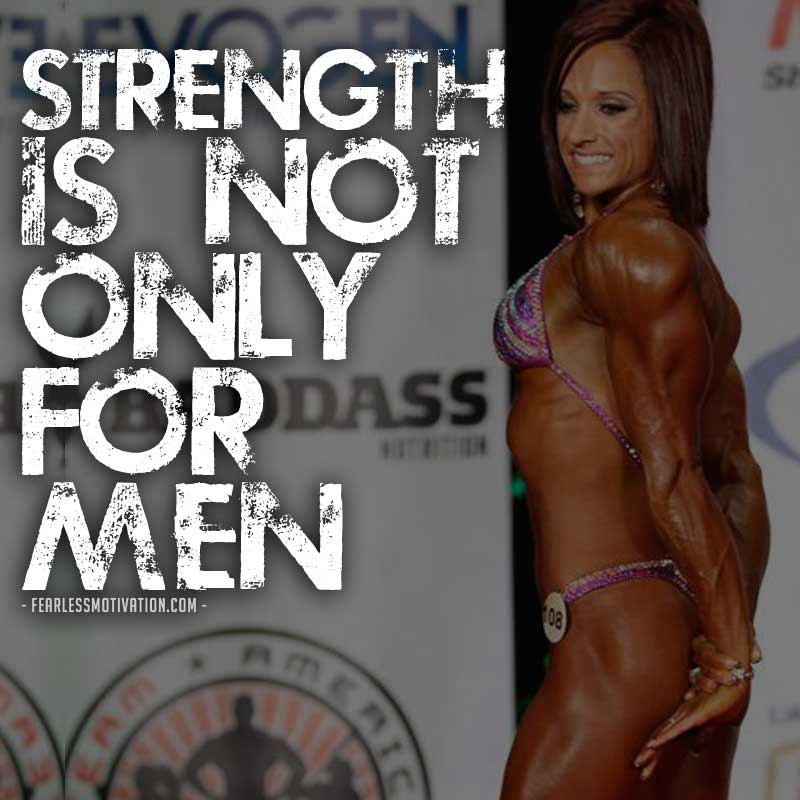 Q.) Before we dive into your recent IFBB Pro debut, let’s take a step back and take a look at how you were first introduced to bodybuilding. Prior to the time you began training, how familiar were you with the competitive side of the sport?

A.) Honestly, prior to getting into bodybuilding I hadn’t ever really even put thought into the competitive side of the sport, therefore I can’t even say I knew a thing about it!

Q.) How had you been training before you decided to enter your first competition?

A.) I was actually training as a competitive triathlete before I decided to enter my first Figure competition. I was the cardio queen, along with doing some light weight training. It was difficult for me to stay out of the weight room, which is why I knew triathlon wasn’t the sport for me.

Q.) Early on, who would you say were some of the athletes that inspired you?

A.) First and foremost, Dana Linn Bailey was my inspiration to train my ass off and to just keep pushing heavier weight! Jamie Pinder inspired me to transition from Figure to Physique after watching her transformation from Bikini to Physique in a year. I knew I could do it. I had the work ethic, I just needed the right coaching. So I contacted her and was referred to Shelby Starnes, who I hired back in October 2012, and now I’m still under his guidance to this day. 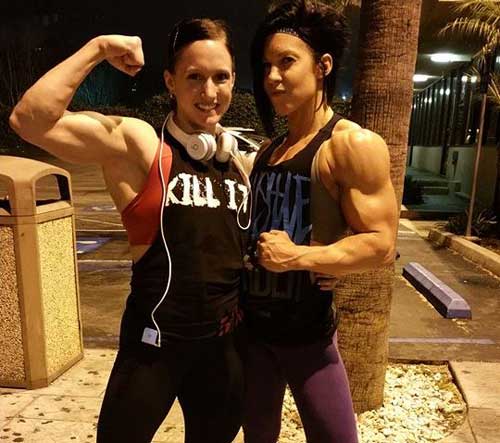 Q.) What keeps you motivated every day?

“My biggest motivator each and every day is my drive for success. I refuse to settle and am always looking for ways to better myself in and out of the gym. Success in all aspects of life is not given it is earned through consistency and hard work.”

Q.) Back in 2012 is when you made your first blip on the National radar after entering into the USA Championships. However, unlike your previous competitions where you had a great deal of success, things didn’t quite go according to plan, and you quickly found yourself out of contention. Tell us a bit about your emotions following the show. What would you say was the greatest lesson learned from that experience?

A.) Heading into a national show after only competing locally in Arizona probably wasn’t the best idea, but at the time I was still fairly new to the sport and didn’t know any better. Standing on stage in a class of forty or more competitors and being in the very last call out was definitely hard to swallow. Looking back at pictures I laugh at myself for even thinking I looked ready to step on a National stag. I didn’t diet correctly, I didn’t carb up enough, and it was all just a complete mess!

The greatest lesson I learned from that experience was to never rush the process. Competing at a high level takes time and consistency to achieve the results needed to WOW the judges. After getting under the guidance of Shelby I made some significant improvements to my Physique and felt one hundred more confident stepping on the USA stage in July 2014 when I earned my IFBB Pro card.

Q.) Let’s talk about those 2014 USA Championships. Given the tremendous success that you had early on in your career, why choose to make the jump up into the Physique division?

A.) I love to lift heavy and I love to do cardio. Being muscular and super lean isn’t the look the judges are looking for from Figure competitors. Plus I hate wearing heels, and felt so uncomfortable being on stage in them. Transitioning to Physique allowed me to lift as heavy as I wanted, and present my conditioned physique feeling comfortable with my stage presence.

Q.) Competing at the National level is an arduous task in and of itself. However, considering that your last experience took such a toll on you both mentally and physically, did you feel any additional pressure to come out and rid yourself of the demons from years past?

A.) To be totally honest I felt no pressure at all! I felt mentally and physically prepared the second time around knowing I had expert coaching, (and Shelby was there to dial me in perfectly), and even just looking at myself in the mirror I knew I was ready. I saw tremendous changes from the year I took off competing, and was beyond excited to present a completely transformed package. 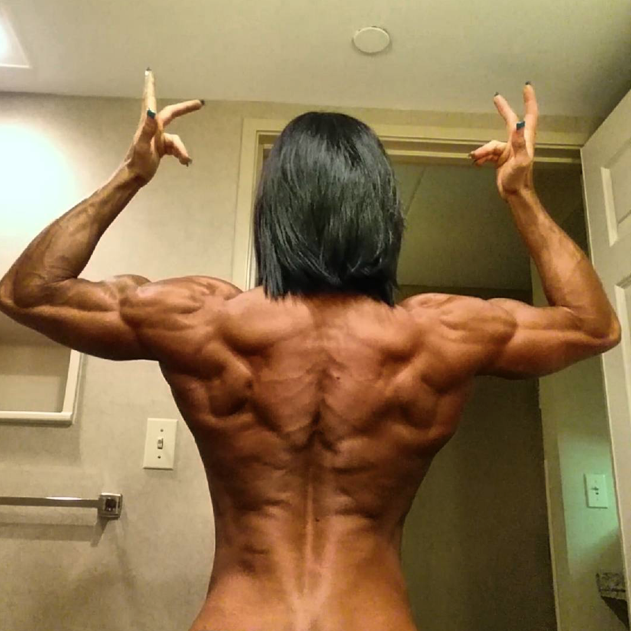 Q.)  Describe what you were feeling after walking off stage and realizing that you’d just won your IFBB pro card.

A.) I was in totally shock and disbelief. I couldn’t even believe it was happening. It took probably a good month or so for it to really sink in. Shelby and other teammates had told me after pre-judging that I had won it, the IFBB Pro card was mine, but even then I was like “ No way I can’t believe this…I’ll believe it when it happens”. Then, sure enough, finals came around and I was the last one standing. I still get the goosebumps thinking about it!

Q.) Let’s flash ahead to a few weeks ago when you stepped onstage at the Chicago Pro show to make your IFBB Pro debut. Although you brought the best look of your career to the stage, showing off some hard earned new muscle along with razor sharp conditioning, you didn’t place quite as high as you may have liked. What was it like competing as a pro for the first time? Were you at all disappointed with the outcome?

A.) I wasn’t at all disappointed with the outcome. I knew I was the little fish dipping into the big pond. It’s going to take time to work my way up the ranks, but I’m willing to give it all I’ve got! I will say the IFBB is like one big family; everyone was so friendly and supportive backstage. I knew a few girls from social media that I finally got to meet in person and it was like we had been friends for years. Going to that from the NPC amateur league was a complete 360 – The NPC was full of catty nonsense.

Q.) At the moment you’re a few weeks away from making your second appearance on a pro stage, which is set to take place at the Phoenix Europa. Now that you’ve already gotten your feet wet as a pro, are you approaching this contest with a different mindset?

A.) I know what to expect this time around, the competition is fierce, but that’s what I love about the pro league. My mindset is always going to be being there to win. I mean come on, seriously, those who say they are there for the experience – Really?  Yea, I busted my ass during this prep, but I don’t really care about my placing – that is the biggest lie ever!

So really my mindset hasn’t changed at all. I know I’ve given 100%, and to be in the top 5 would be a dream come true!

Q.) Following the Phoenix Europa, what’s next for Melissa Lesage?

A.) The outcome of the Phoenix Europa will determine what’s next, but at the moment I’m leaning toward entering the New York Pro next May.

Q.) What advice would you give to the young competitor out there who’s grinding day in and day out, trying to become the next Melissa Lesage.

A.) Never settle. Work harder because someone out there is working harder than you! Trust the process. It’s a never ending one that requires consistency and dedication.  Set goals so big they’d take a lifetime to achieve!

Q.) For those who would like to find out more about you, where can they find you on social media?

In the world of bodybuilding success is never given, nor is it earned. Instead it’s taken by those who have an unbreakable spirit, and indomitable will, and a burning desire deep inside their soul to push themselves harder, farther, and longer than any mere mortal could ever dare to fathom.

For athletes like Melissa – those who simply refuse to allow anyone to stand between them and their dream – success isn’t optional. It’s mandatory.
Share your thoughts on Female Bodybuilding below.