Champions Aren’t Born They Are Made – David Paterik Exclusive Interview

In the sport of bodybuilding, champions might be crowned under the unforgiving bright lights of the stage, in front of the crowds, and the judges, and friends, fans, and family – but that isn’t where they’re made.

Instead champions are made behind closed doors, forged in the iron fire of excruciating reps, molded by poundage’s that would crush a mere mortal, with intricate details meticulously carved in by hour after hour of sweat soaked, semi-starved cardio that takes drives forces an athlete to push themselves beyond the finite boundaries of limitations – a place where only the Fearless reside.
At last year’s NPC Nationals Middleweight Champion David Paterik’s years of blood, sweat, tears, and sacrifice finally paid off in the form of an IFBB Pro card. Recently I had a chance to catch up with David in the midst of preparing for his IFBB Pro debut, and you can catch all of the details right here, in this Fearless Motivation exclusive interview.

Q.) I’d like to start by taking a step back and talking about life before bodybuilding. Before you began training, did have any sort of athletic background, or experience living a healthy lifestyle? 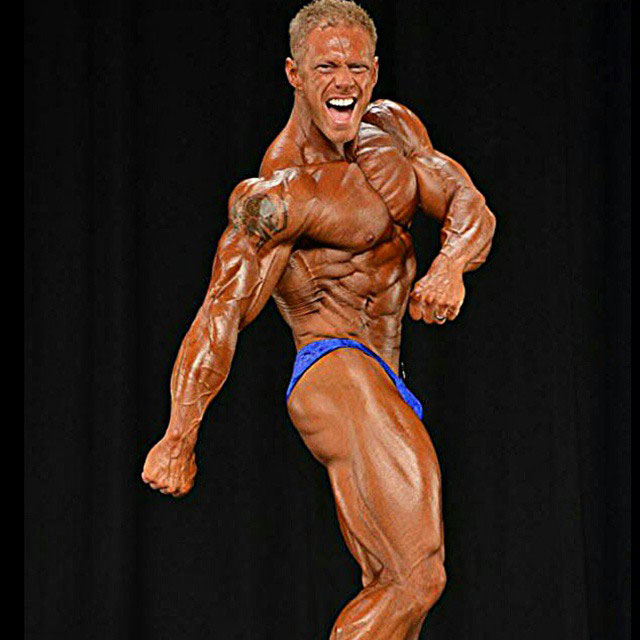 A.)Believe it or not, I grew up rock climbing and mountain climbing. My father is a well-known Mountaineer in the Pacific Northwest and has traveled the world climbing peaks, frozen waterfalls and giant rock faces. He’s 57 now and in crazy good shape. Naturally, he brought me up doing it and I’ve always had some “Spidey” – like characteristics to climb well – some great memories there. I also played baseball and basketball growing up, and for 5’7″ I could jump higher than just about all my teammates, and just for the record, I still can!. I’ve always been a naturally gifted athlete. My folks handed down some pretty awesome genetics and fed us kids well. My sister is a ripped muscular beast, and used to be plastered all over the fitness magazines back in ’03 -’05. So, you could say it runs in the family.

Q.) Like many of us, you caught the bodybuilding bug by getting swept up into old muscle magazines. Who do you remember being the first bodybuilder that really inspired you to begin training?

A.) I distinctly remember as a young teen in disbelief when flipping through MD and seeing black and white Per Bernal photos of Kevin Levrone. I almost did not think it was real. But it wasn’t until over a decade later that I actually started training.

Q.) What made you decided it was time to enter into the competitive side of the sport?

A.) I started fitness modeling around 2004, traveling all over the states shooting for top name fitness photographers, and started getting published. I always handled my own prep and came in great “photo shoot shape.” It wasn’t until 2012 that many were hounding me to compete as they believed I would be very competitive. So, without too much thought, I entered the Washington State Open in 2012 as a Light Heavyweight and took second place to a very seasoned competitor, Dominick Semenza. I thought, hey, if I could come this close, I could win. So I trained my ass off for the coveted 2013 Emerald Cup and with the advice of my then coach, Brandon Lyons, I squeezed into the middle weight class and won. It was an amazing overall stage and I shared it with my best friend, Super Heavyweight Casey Bunce. Shortly after, I went on to compete at the 2013 USA’s in Vegas and took 10th place as a Middleweight. It wasn’t so much a blow to my ego, but a fire to my motivation. I went back to the drawing board, hopped on board with Coach Matt Porter, and competed at the 2014 NPC Nationals in Miami where I dominated a very strong and stacked middle weight class with a perfect score and won my IFBB pro card.

Q.) Let’s flash forward to when you made your first appearance on the National radar, back at the 2013 Emerald Cup. You entered into that show as a relatively unknown commodity, but after winning your class suddenly your name began to generate a lot of buzz in the bodybuilding world. Take us back to that show and talk about what you remember feeling after you walked offstage having won your class at one of the biggest amateur contests in the country.

A.) The Ecup, as I like to put it, is definitely a high profile regional/state show that has had many incredible competitors who have later turned pro. Seattle has some badass bodybuilders! I think after I won my class, I proved it to a lot of people, (my family mostly) that I could make a career out of this. My dad was in the crowd and it was his first show attendance. He told me that after seeing me win, he finally could understand what I was doing and began to really pay attention to my bodybuilding career. It opened his eyes. As far as the bodybuilding community, I definitely made a name in the northwest. It was my first win and I was feeling amazing. The trophy is still displayed in my home.

Q.) A few weeks later you packed up and headed south to take on some of the best amateur athletes in the sport at the USA Championships, where you placed top ten in your very first National level contest. Looking back, what would you say was the biggest lesson you learned during that 2013 contest season?

A.) Biggest lesson learned was, “I’M AMONGST THE BEST IN THE COUNTRY AND I HAD BETTER STEP UP MY GAME.”

Q.) The following year, in 2014, we saw you return to the stage at NPC Nationals, bigger, harder, and arguably the most conditioned athlete in the entire show. What changes did you make during the offseason to spur such dramatic improvements?

A.) Honestly, I just trained with more intensity and had a will to win. I had a taste of glory before and I wanted it again. My training had so much purpose and through it, I just grew and got much better in a little over a year.

Q.) Your offseason work paid off in spades because not only did you take the stage dramatically improved, but you also dominated a very tough Middleweight class on your way to winning your IFBB Pro card. What was the first thought that ran through your head after hearing your name announced as the winner?

A.) The real shock was at pre-judging when I got first callouts. They put 6 of us through all the poses once, put me in the middle, posed us a second time and then told me and one other, Tank Moore, to exit the stage. I didn’t know what to think! I turned to the expeditor and he said, “Dude! You’re done! Go back stage!” Tank and I shared an unforgettable moment as we knew we were in the top 2 spots and soon to be IFBB pros. The next day, I was awarded 1st place at the night show and I can honestly say, it changed my life man.

Q.) Now that you’ve managed to reach the summit of one of the sport’s biggest proverbial mountains, how to you keep yourself motivated to continue pushing to reach new heights?

A.) PRO DEBUT MAN!!! The big leagues! More motivated than ever. I have lots of work to do before I step on the pro stage in 2016. And I love the fact I have something worth working for. That and having a crazy hot wife and precious daughter is also great motivation to kill it and provide daily. We also have a boy on the way due in late November 2015.

Q.) What type of music do you listen during training?

A.)I’m a fan of music in general so quite a wide variety from hard core metal, (Avenged Sevenfold, Five Finger Death Punch) to some classic Van Halen and Boston. Little to no hip hop but if I do, it’s 90’s hip hop….THE REAL HIP HOP.

Q.) Is there anyone you’d like to thank for helping you reach this point in your career? When can we expect to see you take the stage next?

A.) I’d like to graciously thank my sponsors Inner Armour Sports Nutrition, Icon Meals, War Hammer Gym Gear and FitMark Bags. They have believed in me and supported so incredibly. My amazing wife for sticking by my side and seeing my vision and all the awesome fans I have made and met through the years. Love you guys. You can expect me to make my pro debut at the Vancouver Pro in 2016. And Corey, I’d like to thank you for all the support you’ve shown as well brother. Thank you.

Q.) Where can your fans find you on social media?

St. Francis Assisi once said “Start by doing what’s necessary; then do what’s possible; and suddenly you are doing the impossible.” 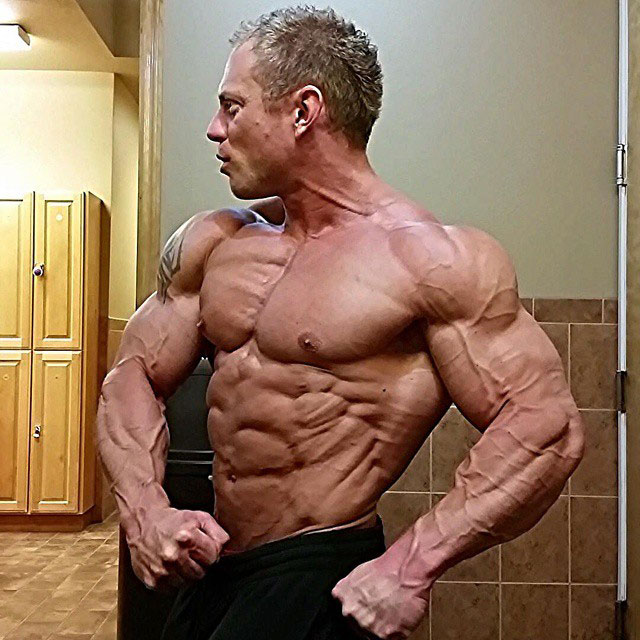 Once David made the decision to start taking the necessary steps toward achieving his dream, it was only a matter of time before the lines of possibility began to blur and he crossed over into uncharted territory that few have ever truly dared to venture in to. And now that he’s already impossibility into a liar once, it doesn’t seem so far-fetched that we might see him do it again on the Mr. Olympia stage sometime in the very near future.