Don’t let past disappointments determine your future life. Nothing you have or have failed to do in the past can stop you from creating a hugely successful future, starting right now.
Make the commitment to leave the past behind. You should only use it as motivation to push you forward. You are more than capable of becoming successful, just remember Your Past Doesn’t Define Your Future, believe in yourself and TAKE ACTION!

Your Past Doesn’t Define Your Future Motivational Video – WATCH FREE:

Your PAST doesn’t define you.
What you do NOW defines you!

If you study the habits and traits of highly successful people, and the average or unsuccessful it is impossible not to see clear differences in their habits and thinking…
One of the biggest differences lie in THINKING and LIVING in the PAST, or planning into the FUTURE.

The majority, and by that i mean the average and underachieving among us, think PRIMARILY in the past.

The PAST drags them down, beats the life out of them continuously day in day out.   They don’t take responsibility, they don’t believe in FUTURE because they are stuck in the PAST,  so their PAST repeats itself in the future…. OVER and OVER again…

The successful one however thinks ONLY in THE NOW and into the FUTURE  .
THEY SET GOALS INTO THE FUTURE.  Clear targets to push them forward…  To light their fire within and give them PASSION for living.
THEY VISUALISE THE RESULTS coming to reality into the future…

They see the FUTURE reward, not the initial struggle to bring it to life.
NOT ‘what i have to go through to get there’ but ‘How will i feel when i get there’!
And the only way to get to the future, to the big reward, is to have powerful action in the NOW. In this powerful present moment.

The successful usually have had just as tough a past as the average, but their MEANING is different.   Rather than play the victim, they get on with life.  Rather than dwell in the past, they plan on how they will create a better life in the FUTURE.  Rather than use the past as an EXCUSE  They use it as FUEL to DRIVE them wherever they need to go!

Use your past as fuel to take you wherever you need to go!
If you ever look back, make sure it is only to DRIVE YOU FORWARD!

Don’t blame others for YOUR situation . Rely on YOURSELF to create a new situation.

Don’t let your PAST define YOUR FUTURE!
Don’t you dare let PAST failures get in the way of your FUTURE success!

It doesn’t matter what happened in the past. The only thing that matters is what you are going to do RIGHT NOW! What are you going to do right now?! 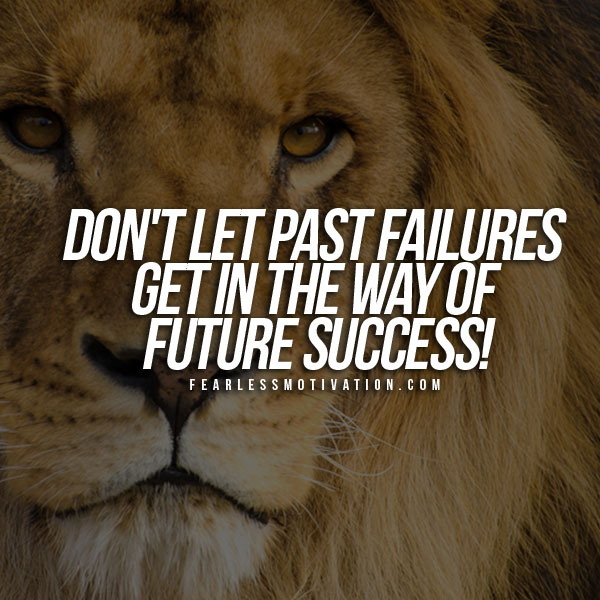