Richard Mullholland recounts a story about an old lady that was very dear to him ‘Mamie.’

Mamie shares a story from her youth from when she lived in Canada for a short period.

She met a man named Leslie John Moore and what followed a whirlwind romance, the likes of which only those with young free hearts can muster.

They fell in love and Leslie John Moore proposed marriage, of course Mamie accepted. She made plans to return to her home in Ireland to share the news, gather her possessions and return to her lover.

But when she arrived in Ireland, though initially excited by the news her parents then asked expectantly if Leslie John Moore was Catholic.

Well Leslie John Moore was a Protestant, and in the 1930’s that was a big deal. Mamie’s parents forbade her from returning to Ireland, and even though she protested she could not summon the will to disobey her parents. Mamie never spoke to Leslie John Moore again.

Mamie replied “I was just wondering what my life might’ve been like if I’d married Leslie John Moore.”

Mamie carried this regret with her for the majority of her life. And most likely was the last thought as she slipped into the night.

Take heart from Mamie’s regret, you must follow your heart. Because it is far better to live with the regret of the mistakes you have made than to die with regret of never having tried.

If anything comes to mind. You do it, and you do it now. Be bold enough to chase your dreams. Be fearless.

Imagine sitting there 60 years later, regretting something that you didn’t do..

Imagine sitting there 60 years later, regretting something that you didn’t do. Can you fathom that?

I walked in to get her and she was sitting there crying, and she has this suitcase on her knees.

And I said Mamie “What’s wrong?”

Mamie was like a grandmother to Richard growing up. A week before she died, Mamie told Richard Mullholland this story..

And she met a man there by the name of Leslie John Moore, and she fell in love with him.

So eventually one night, he takes her out to the Great Lakes, and he gets down on one knee, and he asked her to marry him. And she says yes.

So it was a beautiful thing. So she says she has to go back to Scotland to get her stuff and tell her family. So he gives her a suitcase, and it has his initials on it, says L.J.M. Leslie John Moore.

And she takes the suitcase and she gets on a boat, and she goes back to Scotland. And she tells her mom and dad that she is engaged to be married, and they’re all very, very happy.

And then they turn around and they say to her “Hey, but this guy, is he a Catholic?” And she says “No, no, no he’s a Protestant.” At that time, that was a big deal in Scotland.

So Mamie was never allowed to speak to that man again, ever. 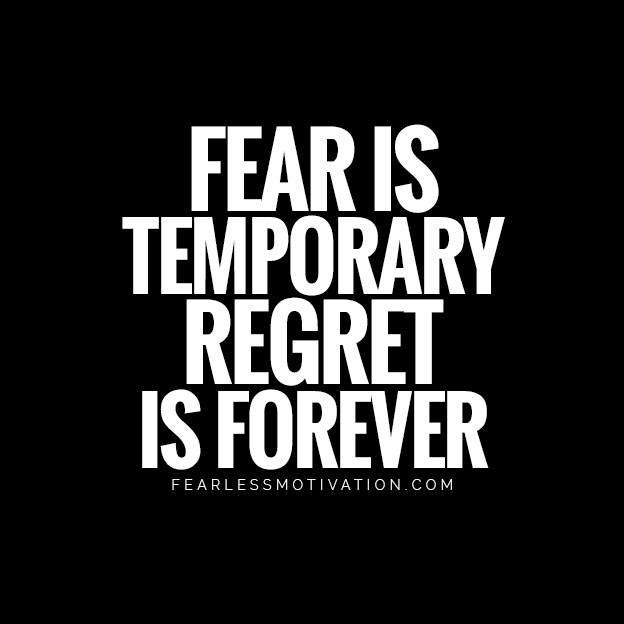 Leslie wrote letter after letter to Mamie, but they were all returned-to-sender. She never spoke to him again..

The week before she died, I walked in to get her, and she was sittin’ there crying, and she had this suitcase on her knees.

And I said Mamie “What’s wrong?”

And she said “Was just wondering what my life might’ve been like if I’d married Leslie John Moore.”

It’s inconceivable to me, and I find that regret is a real problem that we are all going to have to atone for.

It is far better to live with the regret of the mistakes you have made than to die with regret of never having tried.

So you actually have to try.

Yesterday would of been easier. Tomorrow will be harder.