3 Inspiring People Who Changed the World 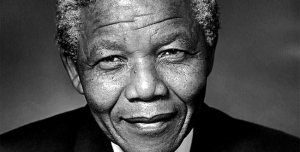 We live in a world rife with challenges and difficulties at every step. While most people take the easy way route by choosing to live within the confines of their limitations and fears, once in a while, someone amongst us is born with greatness defined in their birth chart and the trajectory of their life set to changing the history of the world.
Let us take a look at three such people who with their words, actions and presence have completely transformed our ideas and beliefs about the human experience.

3 Inspiring People Who Changed The World:

“I was not a messiah, but an ordinary man who had become a leader because of extraordinary circumstances.” – Nelson Mandela

No leader has been recognized all over the world for his message of peace, forgiveness and compassion as Nelson Mandela, South Africa’s anti-apartheid revolutionary who also became the country’s first democratically elected president. Known for his humility, he always refused to take credit for the extraordinary things he did for his country and for the world at large.

Born in July 1918, Mandela was a lawyer by profession living in Johannesburg. In 1948, when the National Party governments established apartheid, the infamous system of racial segregation requiring blacks to be treated as inferior members of the human race, Mandela became actively involved in overt and covert socio-political protests against the derogatory new system. He was mostly involved in non-violent and peaceful protests, however, in 1962, Mandela was arrested and convicted of conspiracy against the state. With a sentence of life imprisonment, he was sent to spend his days in some of the most horrific prisons of the country.

After 27 years in prison, Mandela was finally freed when people around the world staged peaceful campaigns for his release. Mandela came out of the prison without a trace of anger, hatred or bitterness towards his oppressors. He later recounted his experiences in the autobiography, Long Walk to Freedom.

Never once in all those years of imprisonment, did he even once sway from his vision of a united South Africa. In one of his most famous speeches, he was heard saying, “I have fought against white domination, and I have fought against black domination. I have cherished the ideal of a democratic and free society in which all persons live together in harmony and with equal opportunities. It is an ideal which I hope to live for and to achieve. But if needs be, it is an ideal for which I am prepared to die.”

In 1994, Mandela’s vision for a democratic South Africa finally came true when the country held its first democratic election, in which Mandela was chosen president. He served his tenure as president for five years and then retired, taking over humanitarian work and traveling around the world delivering the universal message of peace and forgiveness.
While Mandela’s primary struggle was for his own country, his life and his example sets him as an ideal role model for humanity at large that goes beyond skin color, race, religion, gender and all other man-made differences.

2. Oprah Winfrey – A Journey from Rags to Becoming The Most Influential Woman in The World 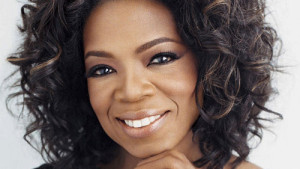 Born into abject poverty, Oprah Winfrey has become one of the most prominent women entrepreneurs of the century. She has been called ‘arguably the most influential woman in the world’ by The American Spectator. Time.com and CNN have also referred to her as ‘the world’s most powerful woman.’

Oprah’s greatest contribution has been towards revolutionizing the tabloid talk show genre, making it a media for powerful change in peoples lives and turning it into a source of emotional comfort to billions around the globe.

Oprah is known for her openness and the characteristic candor with which she expresses her own feelings and thoughts about pretty much everything. She has defied convention and broken taboos by speaking about things that were never before talked about openly. For instance, Oprah spoke about her own sexual abuse at a time when it was seen as something so shameful that no one would admit having experienced it. After her confession, several celebrities confessed on her show about having undergone sexual abuse as a child.

Since her show and her television network speak to people on the most intimate subjects about our experience of being human, it is not surprising that The Oprah Winfrey Show is one of the most widely watched shows in television history.

But it wasn’t success or money that Oprah has ever been after, her vision has always been to help as many people in as many ways as she can. Known as one of the greatest philanthropists of our time, Oprah has been living her vision through her television presence and through her innumerable altruistic ventures.
Her life is a source of inspiration, of comfort and of hope to many. No wonder columnist, Maureen Dowd says about Oprah, “She is the top alpha female in this country. She has more credibility than the president.”

3. Roger Bannister – Proved the Power of The Human Will Through The Four-Minute Miracle Mile 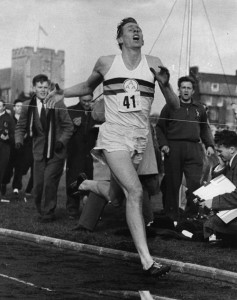 “The man who can drive himself further when the effort gets painful is the man who will win.” – Roger Bannister

On 6th May, 1994, Roger Bannister did the unthinkable. He ran a mile in 3 minutes and 59.4 seconds, something that had been touted as impossible by sports writers and experts around the world until that fateful day!

Bannister’s achievement was a significant moment in sports history not only because it exemplified the possibilities of the human spirit but also because it set a legacy for the world wherein many people now had the inspiration and were doing what was previously thought of as impossible – running an entire mile in less than 4 minutes!

Roger’s achievement is a perfect testimony to the fact that with will power, determination and pertinacity all barriers of mind, body and life can be broken. His achievement has universal appeal and can be referred to as an inspiration in any area of life as we are always operating under preconceived notions and conditionings of what is possible and what is not possible, what can be attained and what can be attained. Through the Miracle Mile, Robert proved to us that the human spirit is stronger than any limitation imposed upon it.

Apart from being an award winning illustrious sportsman, Roger is also a prominent neurologist who has made significant contribution in the field of modern medicine. While Roger believes his contributions as a neurologist to be of greater value than his Miracle Mile run, people around the world look up to him for being a role model who proved the fact that the only thing we can’t have is the thing we believe we can’t have!