Who Is The Greatest Bodybuilder Of All Time? 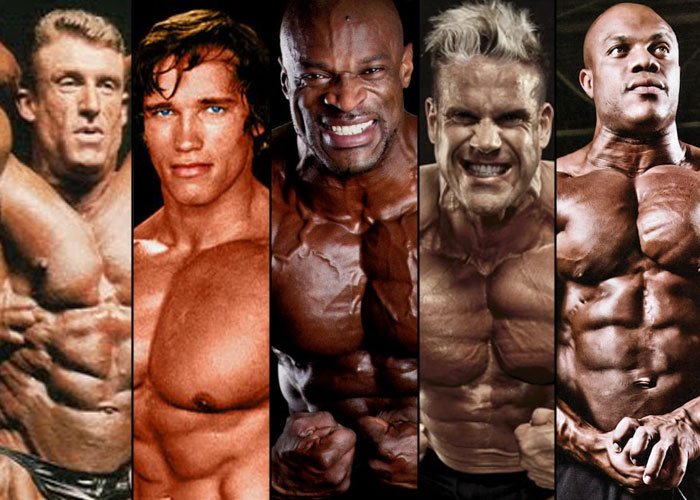 Ever since Joe Weider introduced the world to bodybuilding as we know it in the early 1950’s, the sport has continuously grown and evolved into a thriving multi-billion dollar industry that now extends its reach to every corner of the globe. And through the lens of bodybuilding the world has gotten an up close and personal look at some the most remarkable physical specimens to ever walk the planet.

But even in a world where looking extraordinary comes as par for the course, there exists a handful of athletes who have stood head and shoulders above the rest, earning a well-deserved space on bodybuilding’s Mount Rushmore.

To quote the legendary French general Napoleon Bonaparte “Greatness be nothing unless it be lasting”. And in the long and storied history of bodybuilding there are six athletes whose greatness is so truly transcendent that it has left a lasting legacy that will extend far beyond their days of competition.

Check out this exclusive Fearless Motivation list featuring the greatest bodybuilders of all-time:

The discussion about who’s the greatest bodybuilder of all time begins and ends with one Ronald Dean Coleman. Coleman’s resume’ will reside in bodybuilding folklore as one of the most staggering displays of absolute dominance that we’ll ever see. During his career King Ronnie rang up a record tying eight consecutive Mr. Olympia titles, a 2007 Arnold Classic title, and twenty-six pro victories – a record that, in all likelihood, will stand the test of time.  And as if his records alone weren’t enough to solidify his greatness, his legacy certainly is. Ronnie Coleman single handedly redefined muscularity in bodybuilding by raising the bar for excellence at the 2003 Mr. Olympia contest, where a 287 pound Coleman stepped onstage and shattered the limits of possibility by bringing a look to the stage that many historians have called the greatest of all time. And even now in retirement, over eight years removed from the stage, King Ronnie still remains the most popular champion the sport has ever seen. 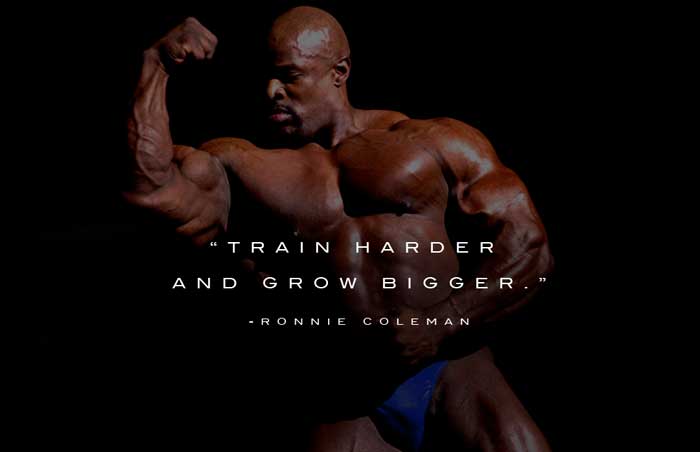 We have a tendency in sports to use the number of championships as an athlete has won as metric for measuring greatness. And with four Mr. Olympia’s and three Arnold Classic trophies lining his trophy case, Jay Cutler is without a doubt one of the dominant forces that the sport has ever seen. Had Jay not competed during the same era as the greatest bodybuilder to ever walk the planet – Ronnie Coleman – the argument could be made that Cutler’s reign of dominance would’ve been greater than anything we’d ever witnessed in bodybuilding. And while his legacy on the stage is one that bought him a first class ticket to the bodybuilding hall of fame, his work away from the sport as a global ambassador that helped spread the message of physical culture across the globe as bodybuilding’s first multimedia mogul was the driving force behind the explosion of the sport’s popularity throughout the early 2000’s. 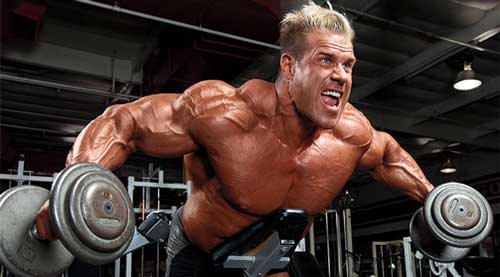 The era of modern bodybuilding as we know it today – an era of jaw dropping muscularity and razor sharp conditioning – was officially ushered in by the fiercest competitor to ever take the stage, 6x Mr. Olympia champion Dorian Yates. “The Shadow” didn’t just raise the standard bar, he punted it into the stratosphere, doing what every transcendent champion in sports has ever done by forcing the game to adapt and evolve around his greatness. In addition his dominance on the stage, Dorian’s Blood and Guts training style, which was adapted from the work of legendary muscle mad scientist Arthur Jones, revolutionized the way athletes trained in the gym, and left behind a legacy that has extended to every corner of the globe, far beyond the bodybuilding stage. 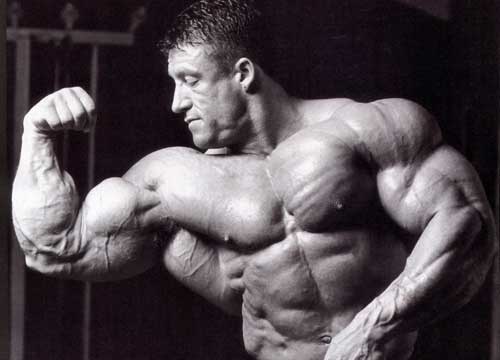 By the time his career is all said and done, current reigning and defending 4x Mr. Olympia Phil Heath could retire as the greatest champion the sport has ever seen. At just thirty-five years old, Heath is already well on his way, and if he successfully defends his title again this year, he’ll join a very exclusive club in bodybuilding alongside Lee Haney, Ronnie Coleman, and Dorian Yates as the only athletes in the sport’s history to capture five or more Olympia titles. Despite his moniker, “The Gift” hasn’t been handed anything in bodybuilding. And his journey to the top of the sport has seen him defeat two former Mr. Olympia title holders, and square off against an athlete in Kai Greene who might just be the best athlete in the history of the sport to never win its top honor. Through his first four years as champion Phil hasn’t displayed any chinks in the armor, or shown any signs of slowing down, seemingly rewriting the records books with each passing year. And if to breeze through unscathed, we could see him collect his record breaking 9th Sandow Trophy before the ripe of old of forty. 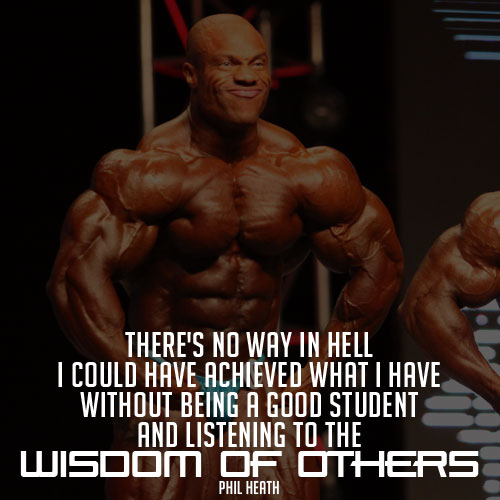 Is Phil Heath the Greatest Bodybuilder Of All Time?

Following the retirement of Arnold Schwarzenegger in 1980, the sport o bodybuilding found itself in search of the next great star who would take the torch and lead the next generation of athletes. And they didn’t have to wait very long because in 1984 a twenty-five year old South Carolina native by the name of Lee Haney took hold of the title and didn’t let go until 1991 when he retired from the sport with a record eight consecutive victories. Haney’s combination of size, shape, and symmetry remain unparalleled even to this day, leaving many classical bodybuilding fans to dub Haney’s physique as the apex of greatness. During his reign has champion Haney’s face became synonymous with bodybuilding worldwide, appearing on magazine covers, television shows, and even gaining presidential recognition for his efforts when former United States president Bill Clinton appointed him chairman of the President’s Council on Physical Fitness and Sports. 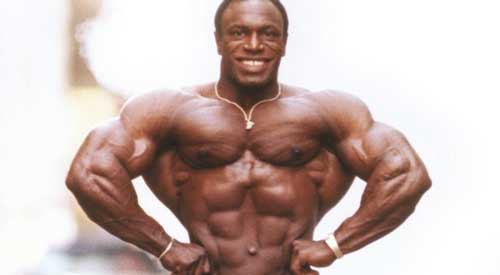 Long before his days as the Governator, and before he became an international movie star, Arnold Schwarzenegger was the face of bodybuilding during the height of its popularity in America. In his prime “The Austrian Oak” was nearly unbeatable, winning shows across both Europe and the United States, including an incredible seven Mr. Olympia titles. And while his contributions to the competitive side of the sport have been well documented, it was the overwhelming force of his personality, not to mention his statuesque physique, which helped spark a fitness craze, and the subsequent boom in the rise of the fitness industry, during the late 1970’s and early 1980’s. Even to this day, almost forty years removed from his last competition, Arnold still remains the most revered figure in all of bodybuilding. 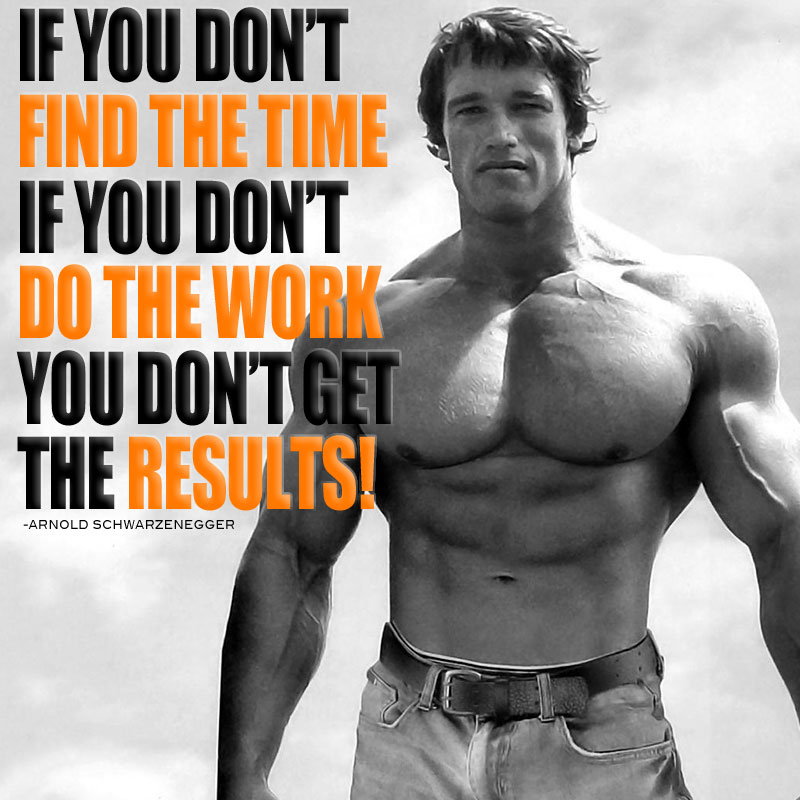 Arnold – Is He The Greatest?

The sport of bodybuilding has produced some of the most incredible, awe-inspiring physiques that the world has ever seen. Yet even in in the IFBB pro league, a place that is quite literally a league of extraordinary gentleman, the names Coleman, Cutler, Yates, Heath, Haney, and Schwarzenegger rise above the crowd as true pillars of greatness that will stand the test of time.

Time for YOUR opinion – Who Is The Greatest Bodybuilder Of All Time ? Leave your comments below!