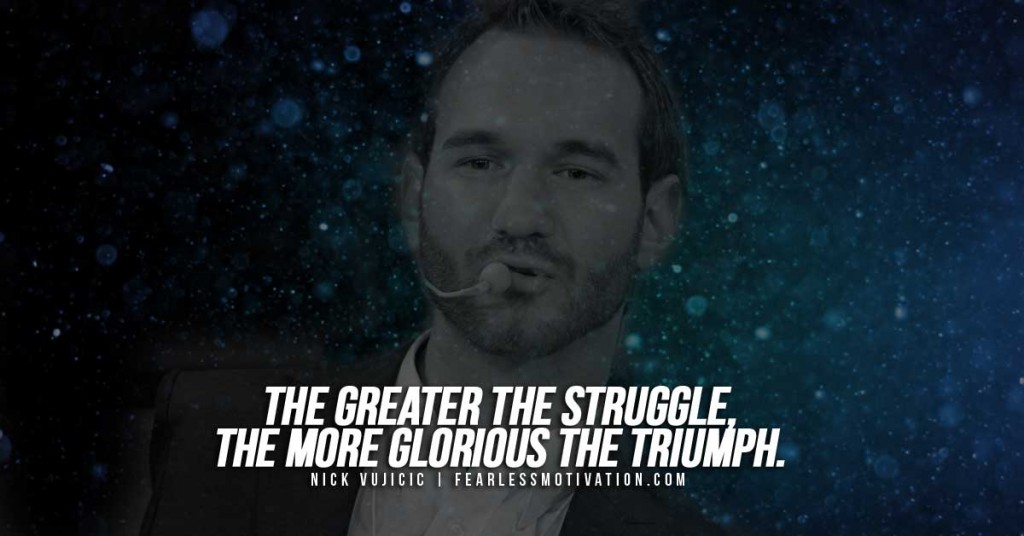 While he came into this world without arms and legs, Nick Vujicic, in his own words, lives an extraordinary life serving as the ‘hands and feet of God.’

Born in Brisbane, Australia to Christian parents, during his initial years, Nick struggled to understand why he had been denied something that everyone else seems to enjoy and even take for granted. His life was so hard that at age 10 he decided to end his life by trying to drown himself in his home bathtub. However, the love, acceptance and appreciation of his parents sustained him through the hardest times of his life. Nick still struggled to understand exactly why he had been denied something so basic.

The answer came to him at age 15 when he understood the relevance of a passage from New Testament: “As he (Jesus) went along, he saw a man blind from birth. His disciples asked him, ‘Rabbi, who sinned, this man or his parents, that he was born blind?’ ‘Neither this man nor his parents sinned,’ said Jesus, ‘but this happened so that the works of God might be displayed in him.'”

Nick finally understood that the universe has a plan for him much greater than what he can comprehend. Henceforth, began his journey of spreading the Gospel through the magical touch of his own personal testimony. Despite the limitations of his physical body, Nick refuses to live and dream with any limits. His speeches and books have transformed millions of lives across the world. His presence has given hope to the hopeless, his preachings and prayers have helped millions experience the miracles of God.

Nick often talks about how he feared a life of loneliness as he wondered who would love a prince charming “with a couple of bits and pieces missing.” However, his dream of creating a family finally turned into reality when he met the love of his life, Kanae Miyahara.

Nick is a living example of the fact that everything is possible for those who believe and for those who refuse to be bogged down by circumstances. 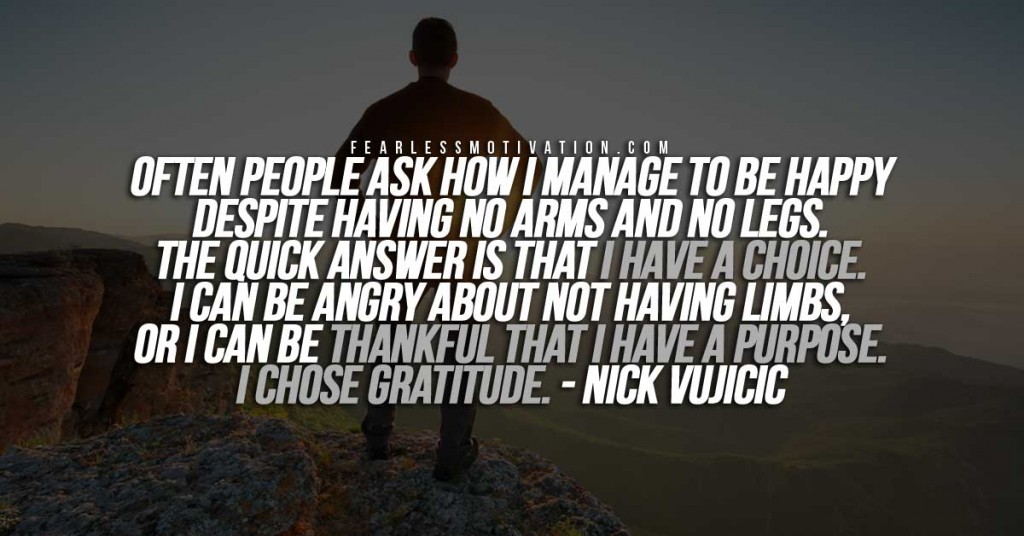 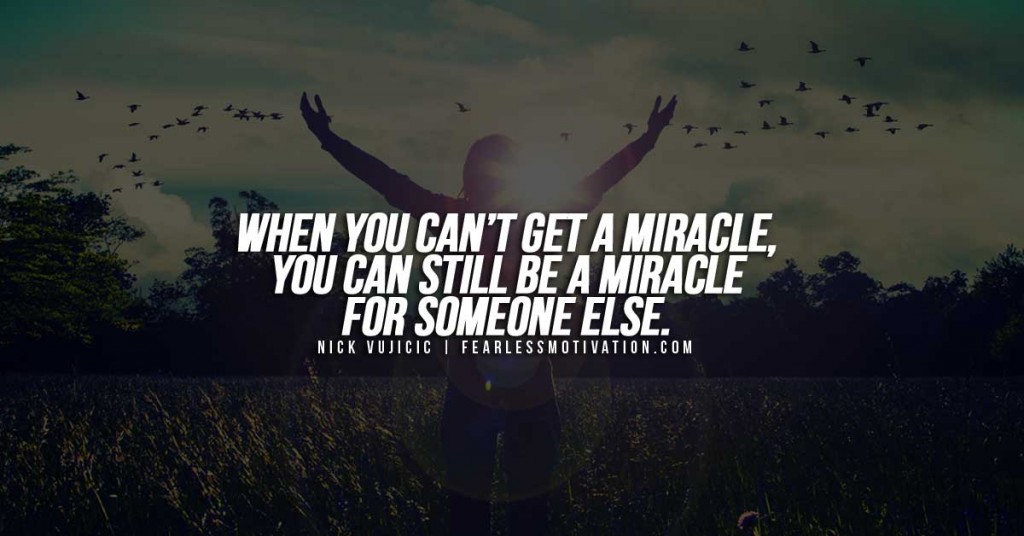 The Most Inspirational Video You Will Ever See – Nick Vujicic