What do a ballet dancer, an MMA fighter, and a basketball player have in common?

They are all MOVERS.

As simple as that might sound, it is the absolute truth. We all move, it’s just how nature intended it to be, some of us are just better or worse at it. Our modern lifestyle has depleted us of the need to move very much. A couple of centuries ago, getting basic things such as food or water, required some serious physical work. Today, convenience has become our God, but also one of our greatest enemies. We overuse chairs; we drive instead of walking, and the neglecting of our physicality is the main culprit of many of today’s health problems. The importance of movement has been diminished.

Ido Portal is a man who declares himself as a movement teacher. Born and raised in Haifa, Israel, Ido grew up in a very physical lifestyle. At the age of 15, he discovered the Afro-Brazillian martial art Capoeira, and it was love at first sight. He then dedicated more than a decade to this practice, travelling all over the world and learning from the best Capoeiristas.

As time went by, Ido’s perspectives got wider, and the rules and limitations of Capoeira became too uncomfortable for him. He realized that he was passionate about human movement in general, not just a particular discipline. So, once again he ventured out to find the best movement teachers in the world. The only problem was – there wasn’t such a thing as a movement coach. Everyone he met was a specialist in a certain field of movement, but no one taught about the whole thing.

Without any discouragement, Portal kept exploring and learning from yogis, dancers, fighters, circus performers, etc. and slowly started developing his own, “generalist” perspective of movement which he named the “Ido Portal Method.”

Today, Ido is a world famous teacher. More and more people are gradually drawn to his philosophy and approach to training. He holds seminars and workshops all over the world, constantly travelling, or as he likes to say – he is constantly “on the move.” His style even attracted the attention of UFC featherweight champion Conor McGregor, who invited him to be his movement coach in his preparation for his last two fights. Thanks to Connor’s massive popularity, Ido has gotten even more exposure to the wider public, and people’s interest only continues to grow.

Love him or hate him, no one can deny that Mr. Portal is the real-deal. He practices what he preaches, and never stops exploring and improving in every aspect possible. It is authenticity that draws people to him and his philosophy. The term “movement culture” was coined for the newly formed community based on his ideas. This man’s core message and purpose is to open our minds and make us aware of our ability, and the necessity to move.

1. “We are all HUMAN first, MOVERS second and only then SPECIALISTS.” – Ido Portal Quotes 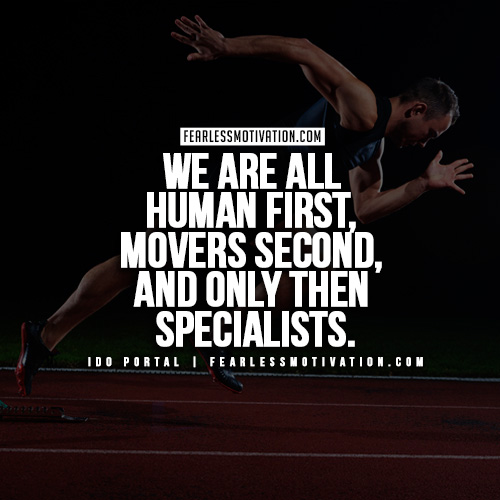 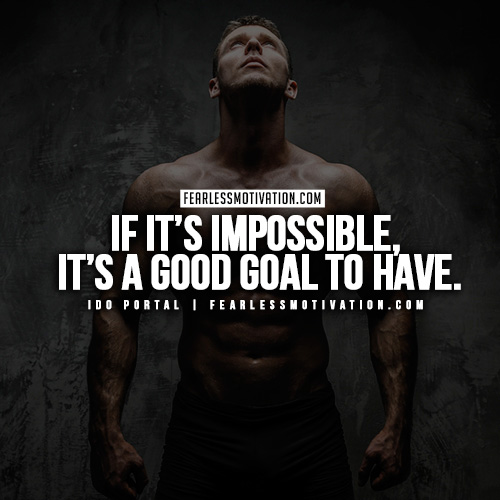 4. “Improvisation is the human condition. You’re born. You die. And in-between you improvise.” – Ido Portal Quotes

5. “Fitness is a small, small world within a universe of movement.” – Ido Portal Quotes

6. “There is no wrong movement. There is lack of preparation and lack of awareness.” – Ido Portal Quotes 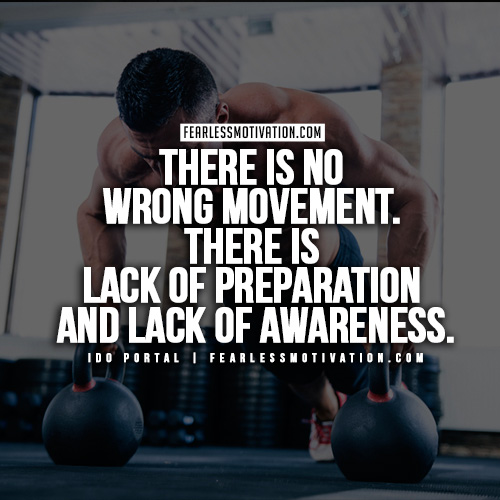