Jim Carrey made “YES MAN” famous in the 2008 film about a man who challenges himself to say “YES” to everything for 1 year. Just like in the film, you don’t always want to be the YES man (or woman). Sometimes it is ok to say no. No to average. No to a life less than you deserve, but there are a few more important ‘No’s’ you should incorporate into your life. Here are 5 Times You Must Say No In Life:

The world is riddled with people that argue until they’re blue in the face about why they CAN’T achieve things in life. Sadly, these excuse makers will never achieve anything significant in life, because rather than TRY, they instead come up with all the reasons why they can’t succeed and never even attempt anything they really want to do.
Sure, some have tougher circumstances to work around than others, but almost always the excuses made are from PAST events. “I will never be where I want to be because ___ happened in my past”. There is no excuse as to why you can’t take action right NOW. There’s no excuse as to why you can’t get a little closer every day to the life you really want. 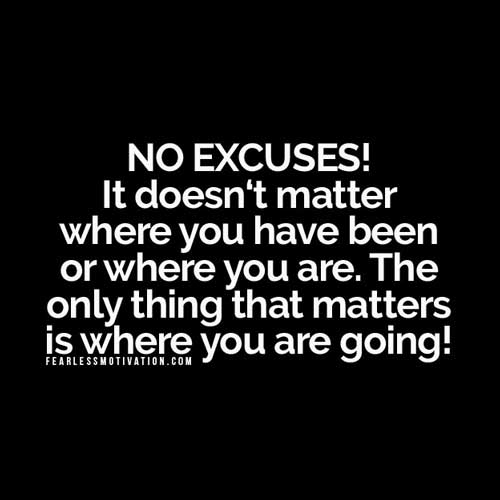 Like excuses, so many people these days argue for their limitations. The majority of people would never BELIEVE it is POSSIBLE for them to become a millionaire, much less a billionaire, however a simple Google search would show you thousands of stories of the top 1% earners in the world who started from very humble beginnings, some who have come back from bankruptcy and many who succeeded later in life. Often their circumstances were far worse than your current one, so if they can do it, why not you? 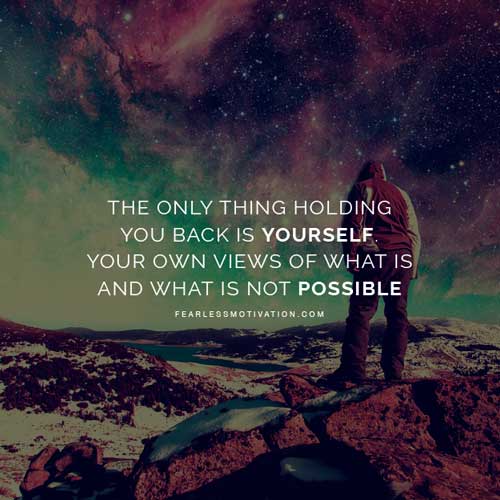 The secret to getting ahead is GETTING STARTED! No, tomorrow is not going to cut it. If you truly want a better life, when you DECIDE something: TAKE ACTION right away. Not tomorrow, not when you have more time, not when X happens, RIGHT NOW.
Once you get started you will get momentum and if you create the habit to take action daily, all your small efforts will add up to big results in time. 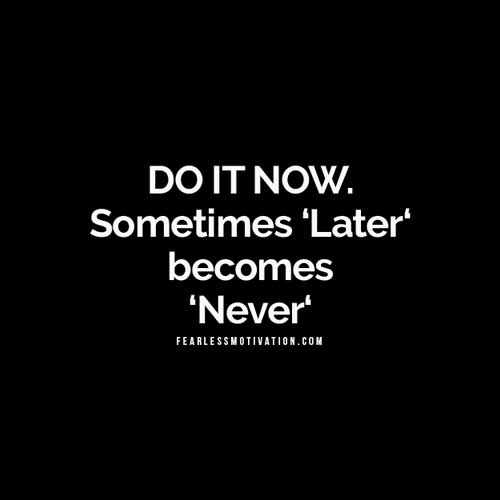 Confidence in yourself is priceless when chasing success. The people who believe in their dreams with ZERO DOUBT of success, will almost always achieve their goals.

This doesn’t mean things won’t go wrong, or you won’t experience challenges and hard times – challenges & hard times are normal for anyone trying to get something extraordinary in life. It means “I BELIEVE IN THE END, NOT RIGHT NOW, BUT IN THE END I WILL ACHIEVE MY GOAL” it’s knowing it will most likely will be hard, but also knowing that I will do whatever it takes to push through the obstacles and reach success! 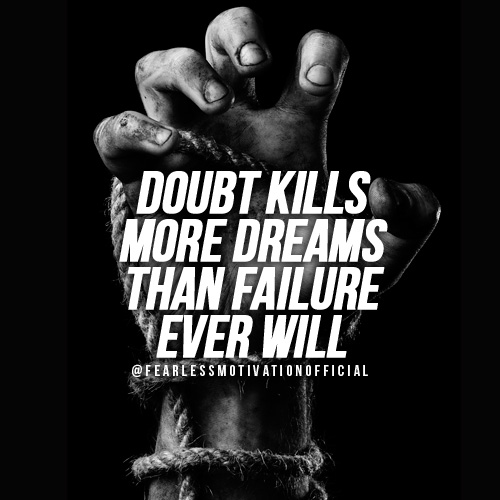 One of the worst human emotions is that of regret. There isn’t many worse feelings in life that knowing you should have done something, but didn’t. Never let the fear of failure get in the way of the possibility of success. Try and try again until you reach your destination! 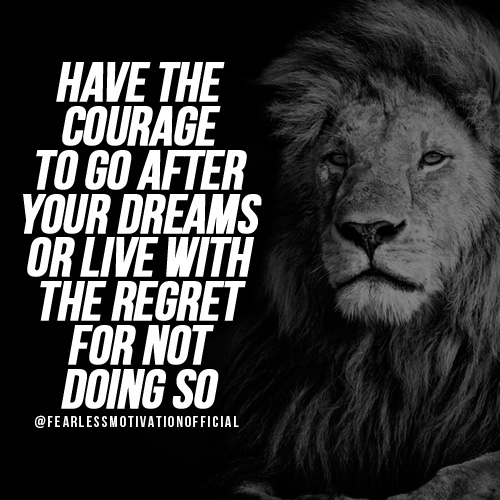 There you go Mr or Mrs No, leave your comments below and make sure you share this on social media with your Friends who should say No more often