If it is financial or material success you are seeking, it is never too late for that either.
You are only a google click away from a world full of “late” success stories. Some of the greatest, most successful humans on the planet only made it big later in life.
Never give up, you are capable of anything you can imagine.

It's NEVER TOO LATE to try again. To go after what YOU really want Click to Tweet

There is no greater pain than that of regret.
Nothing can kill your soul more than the feeling of regret.

You may fail, you will most likely fail often.  But failure going after your dreams is NOTHING compared to the failure that is settling for a life you don’t want.

It’s never too late to try again!
It’s never to late to DECIDE you want more out of life.
It’s NEVER TOO LATE!

It’s never too late to commit to make this day, THIS VERY DAY, the BEST of your life!
To create opportunities for yourself.  To be positive.  To RISE above average thoughts.

It’s NEVER TOO LATE to re invent yourself.
To learn something new.
To grow. To feel good again.

You wouldn’t be the first person on earth to turn everything around.
It is NOT impossible.
All it takes is your commitment, your COURAGE and your DESIRE to be better.

Most people don’t change because they lack courage.  Because they FEAR the unknown. They FEAR failure.
YOU are different.
YOU have the courage.  The courage to try.

Don’t fear failure. FEAR being in the exactly same place next year as you are today.

Nobody is going to make your dream a REALITY!
That’s up to YOU.
That’s why you can’t GIVE UP.
This is YOUR dream!
And you are capable!
You are more than capable!
NEVER SETTLE.  NEVER SETTLE for less than you’re worth!
If you are suffering . If you are fighting through pain, through adversity, WHATEVER YOU ARE GOING THROUGH:   DO NOT GIVE UP!
It will get better!
After the rain comes the rainbow.  After the storm the sun will shine.  Even on the cloudiest days. Your sun is still shining. Just wait for those clouds to pass.   Tomorrow is a new day, a better day.

It’s time!
Today is the day!
The first day of the rest of your life!

Make that commitment.
Show me your courage!
Be fearless!

You gotta KEEP FIGHTING.
Because if you stop, nobody’s gonna pick you up.
Those cars are going to continue to roll past you.
But you KEEP WALKING!

It’s that destination that you have in your SOUL. It’s where you want to make it.
See, your tears, will become the ocean, that leads to your paradise.

You gotta see it, like it’s already in your hand.
You gotta walk, like you’re already a star. Even, if you have nothing in your pocket.

That PRIDE. That PURPOSE. That GIFT.
Will give you the ability to walk into the room, full of millionaires, and they ALL will want to know you.

But you can NEVER GIVE UP
You can never stop fighting for that TOP SPOT. 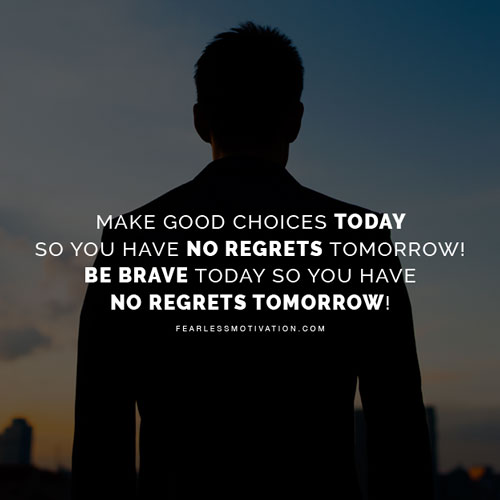