Haters and Critics: How to Deal with People Judging You and Your Work

How do you feel when someone criticizes you? Hurt, angry or both? Most people turn defensive, get their blood boiling or worse, just walk out of the situation. Dealing with criticism like a pro, however, is a good thing. It helps you identify your weaknesses and open your eyes to areas of improvement. Besides, when you are calm in the midst of a storm, it helps you build relationships and become successful at work.

So, what can you do instead of being defensive? The next time you come head to head with your haters, take a deep breath first to calm down and use any of these 10 ways to deal with the encounter graciously. 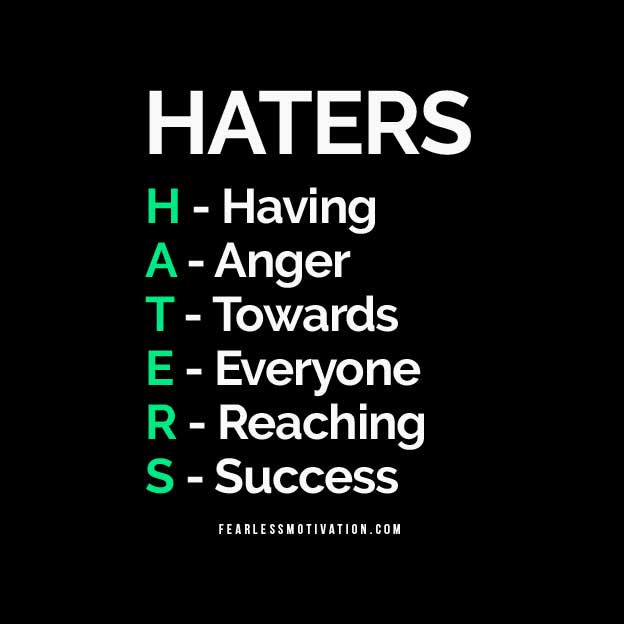 If your manager is constantly nitpicking on your weak spots, it’s time to change somebody’s attitude. You’ll be surprised to know you can change your manager’s attitude by changing his behavior. This is the Benjamin Franklin effect. He did this with his haters. One critic was at his neck, criticizing all the time and to break the tension, Benjamin did the most unexpected thing.

He asked to borrow a rare book from this critic’s library. Knowing Benjamin was an avid reader and collector, the critic was honored that he asked and lend the book. Benjamin returned the book a week later with a thank you card. When the critic did Benjamin a favor, it changed his attitude toward Benjamin. They become lifelong friends right up to Benjamin’s death.

Look in from the Outside

When you have an encounter with your hater, take a moment to step out of the scene. Imagine you are looking at the scene from a third person’s perspective. This will help you from taking things personally. You can feel less pain from critics when you view the situation from the outside. It gives you a chance to observe what is being said instead of focusing on the why.

Do you have a friend who is a constant downer? This is someone who has no compliments to give, but only hateful remarks. It doesn’t matter what you are happy about or excited about, this person will always shrug it away saying “it’s only normal” or “everybody does that”.

What you need to do is observe this friend when he or she is with your other friends in the group. Most likely you will see the same reactions from this friend to others too. When you notice this, remember the problem lies with your friend. It’s their own ideas, relationships, and experiences of life that nudge them to be critical of everyone.

“A shoutout to my haters” Watch FREE on YouTube:

Is the constant criticism coming from your loved ones? It’s harder to deal with haters and critics within your family or close friends. For instance, Jane and John went for an international vacation. Everything planned and thought through, they had a good time and everything. Except, Jane was in her second trimester and so, they got some flack from their loved ones.

There were two reactions to this vacation idea. One that openly criticized them for being “neglectful” and other group stayed neutral. If you find your loved ones barking at you for something you have well thought of, then remember they do it from a concern for your well-being.

From everything that is being said, there must be something that is useful. These are the little gold nuggets of criticism that help you catch your weaknesses and areas of improvement. Sieve through the conversation to catch those useful bits. For instance, “internet trolls” are those who offer nothing constructive to say. They want to pass judgement and unsolicited opinions. Sometimes, haters just want to say hurtful things so you can ignore those. 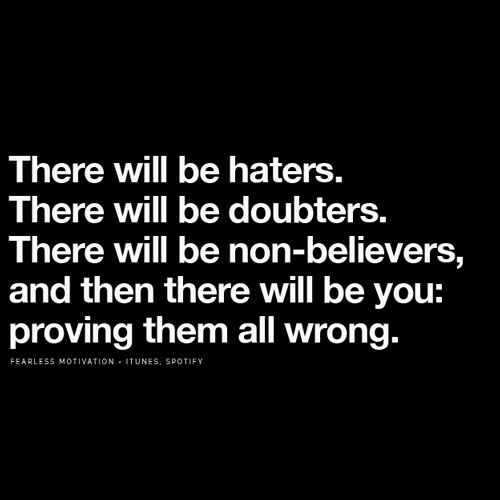 Understand and Ask for Advice

You only have a few seconds before you react in an encounter. These are crucial moments to decide how you want to pave the conversation. Constructive criticism is a good thing. The benefits are many, improving your product, your skills, ideas, relationships and even expectations of your manager. So, when you find yourself in an encounter the best way to deal criticism like a pro is to step back and ask for advice. If your parents judge your spending habits, ask them for advice for money management.

Remember the Definition of Insanity

Albert Einstein once said insanity is doing the same thing over and over and expecting different results. You need to remember this in case you put yourself into the hands of your critics over and over again. Sometimes, no matter what you say haters and critics will not change their opinion on the matter. There is no point in bringing up the topic in conversation again, only to be put down, again. See, you’d do it to get a validation to your points, but you know what? Sometimes, it’s just not about you.

The Benjamin Franklin Effect talks about how to change another’s behavior to get them to change their attitude. In much the same way, you can also show kindness. People do favors for the people they like. You can trick your mind into liking the person by doing nice things for them, even if they are harsh critics of your work. Being kind is about graciously reacting in an encounter. So, show grace and mercy to your haters.