Jeff Bezos is the founder and CEO of Amazon. In 2018, Jeff unseated Bill Gates as the richest person in the world and became the world’s first centibillionaire ($100 billion). Amazon is one of the biggest companies in the world and only continues to grow but it was a huge risk in the beginning.

Jeff Bezos left his Wall Street career behind and moved from New York to Seattle after learning about the rapid growth rate of the internet. In the first month of Amazon’s launch, they sold books to people in all 50 states and 45 countries. The company continued to grow and went public in May of 1997. Despite the tech bubble three years later, the company prevailed and shares have continued to climb. Amazon’s products go well beyond books stocking nearly anything imaginable.

Here are three lessons you can learn from the richest man on the planet.

Get Outside Your Comfort Zone

When Jeff Bezos left his corporate job he withdrew $300,000 from his retirement savings to start Amazon. He knew very little about the internet and online book sales but saw an opportunity. Despite Barnes and Nobles and Borders bookstores, he knew the future would be on the internet.

After diversifying Amazon from books to video, web services, and other online sales Jeff founded the aerospace company Blue Origin. His goal is to help enable private human access to space by lowering costs and increasing reliability. He also purchased the Washington Post for 250 million dollars in 2013. He’s never been afraid to try new things and get out of his comfort zone. The results have spoken for themselves. 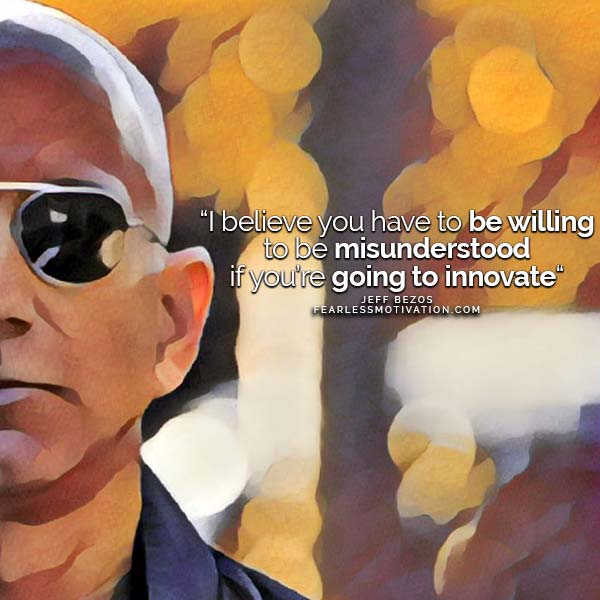 As Amazon has grown exponentially his competitors like Wal-Mart, Barnes and Nobles, and other retail stores have struggled. The reason is that Jeff understands the importance of innovation and keeping the customer happy. The same thing happened when Blockbuster refused to innovate to Netflix and the streaming business. As Jeff Bezos said;

Whether you’re an entrepreneur or employee innovation is still crucial for success. The more you can innovate and create solutions for customers the more success will happen. Don’t be afraid to challenge the norm. Just because something has been the same for so long doesn’t mean there isn’t a better way to solve it.

History rewards the people who venture into the unknown and create amazing products. Remember, no one knew we needed a computer in a cell phone until Steve Jobs create the iPhone. 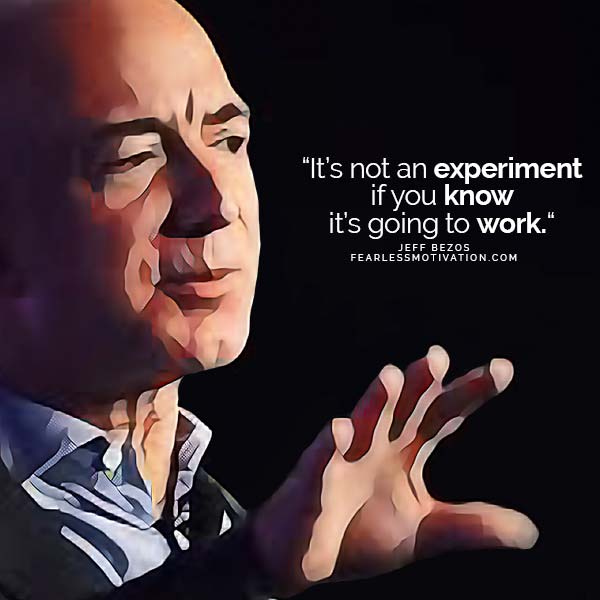 Don’t Be Afraid of Taking Risks

As Jeff Bezos and Amazon continue to innovate he is not afraid of failure. When the company was about to IPO he warned investors of a 70% chance of failure. As he said in the first annual letter in 1997, “Failure and invention are inseparable twins. To invent you have to experiment, and if you know in advance that it’s going to work, it’s not an experiment.”

Some of Amazon’s biggest risks are now their biggest earners like Amazon Prime, Kindle, and Fulfillment by Amazon. Don’t be afraid to take calculated risks in your life, whether it’s at your job or your passion. In the end, you will regret more of what you didn’t do than anything you tried and failed.

Becoming the richest person on the planet wasn’t luck and didn’t happen by chance. It happened by innovating, taking risks, and never settling for the comfort zone. Use these three lessons to change your life, income, or business. 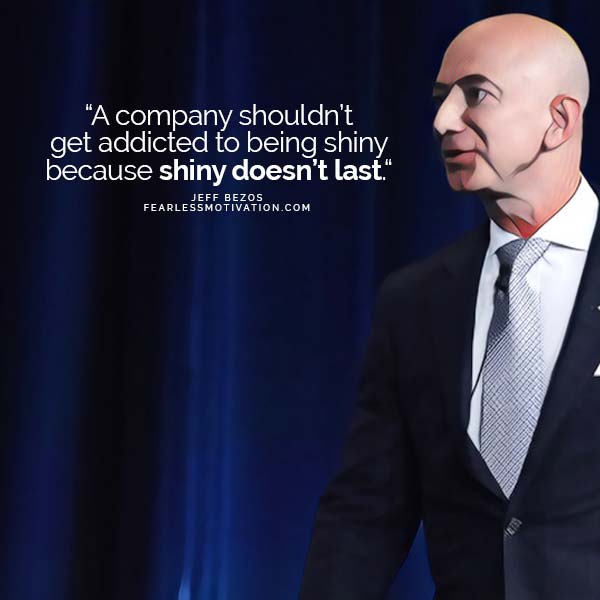