Some call it arrogance, but this unshakeable confidence in his ability means he can take on and beat some of the toughest opponents in the world.

To become one of the greatest, you must believe in your own abilities, you must be willing to back yourself against ANYONE.

Cristiano’s confidence is unmatched, like many of his records.

“There are people out there who hate me and who say I’m arrogant, vain and whatever. That’s all part of my success. I am made to be the best,” – Cristiano Ronaldo

Cristiano has never been quiet on his desire to be, and belief he is the greatest player in the world.

That desire and belief is a superpower when it comes to competing against some of the toughest opponents in the world.

He uses criticism and negativity as fuel to succeed. You’ll rarely ever see Ronaldo go through a long period without success, he bounces back quickly because his desire to succeed and do something incredible is so strong.

I am not a perfectionist, but I like to feel that things are done well. More important than that, I feel an endless need to learn, to improve, to evolve, not only to please the coach and the fans, but also to feel satisfied with myself. It is my conviction that there are no limits to learning, and that it can never stop, no matter what our age. – Cristiano Ronaldo 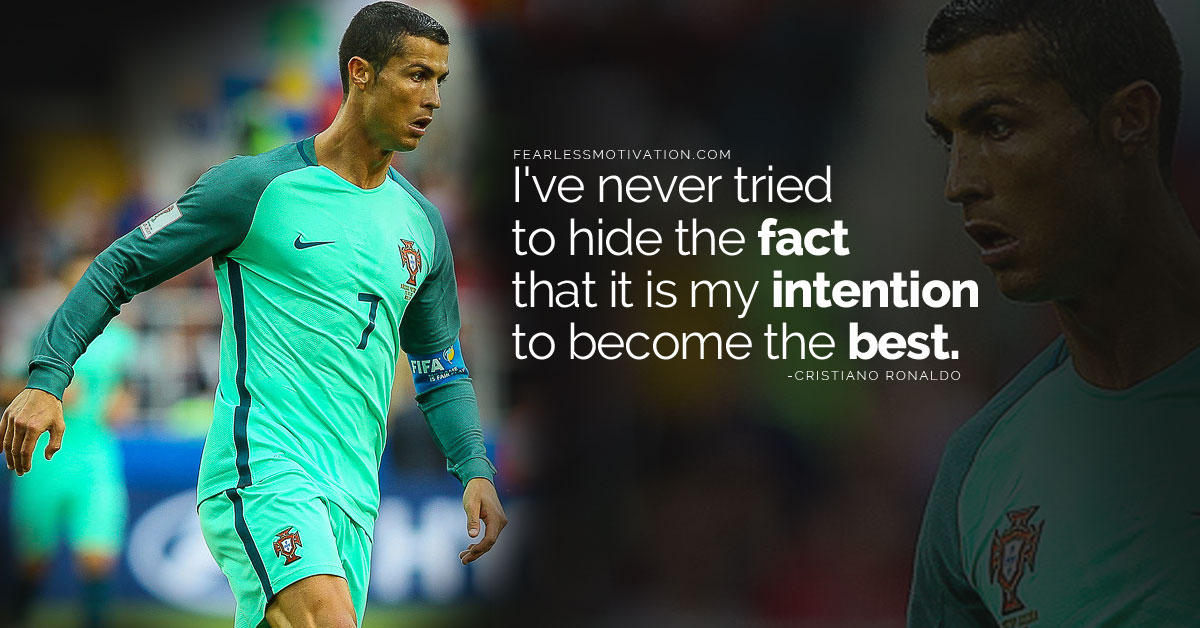 Many sources claim Cristiano trains harder and longer than many of his teammates, some saying he is “obsessed”

No matter how talented you are, you’ll never be truly great if you don’t put in the work. The greatest are the greatest because they have the greatest work ethic!

“He had the desire to win and his talent was unbelievable. You get a lot of talented players who don’t have the desire to do the work, but Ronaldo put in the work… I think his desire probably got him to where he is today… I’ve never seen anything like it, because every single day he came into training he was doing extra. Shooting, dribbling, step overs, going to the gym, wanting to be stronger, quicker. Just practice, wanting to be better every single day.” – Quinton Fortune on Cristiano Ronaldo 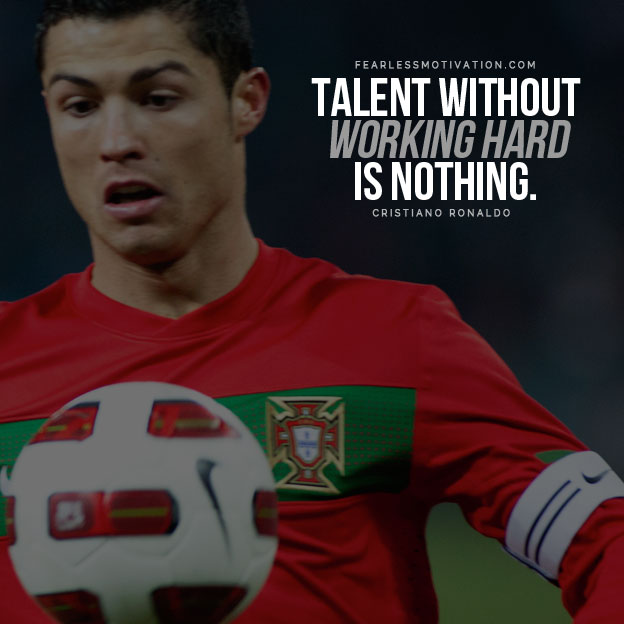