Overcome Any Fear You Have In Only 2 Steps – John Assaraf

In this powerful video, world renowned success coach, brain expert and best selling author, John Assaraf talks you through 2 simple steps you can take right now to overcome any fear that may be holding you back. REWIRE YOUR BRAIN – John’s free webinar here.

Overcome Any Fear You Have In Only 2 Steps – John Assaraf on YouTube: 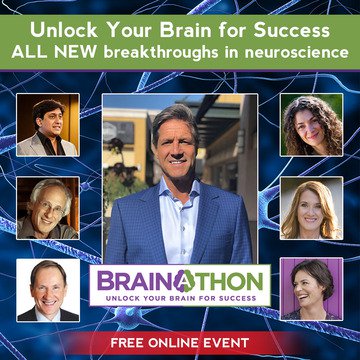 Is it possible to turn and use your fear as your fuel for driving success?
The answer is YES… and I’ll show it to you in just a moment how to do that.

But this al stemmed from a meeting I had with a dear friend of mine, Dr. Srini Pillay from Harvard, who’s a world renowned psychiatrist and brain imaging expert and he and I met at the Harvard Club and we were talking about how
the 50 different types of fears hold most people back from achieving the success they want.

When he and I started talking about fear and the brain it became very apparent to me that most people have no idea what fear is and let alone what to do when they feel fear, so let me share with you some examples:

Let me take you to another type of fear. Being buried alive.

Can you imagine for just a moment if there was an earthquake, or there was a natural disaster  and somehow you were buried alive? Wouldn’t that trigger this crazy amount of fear of dying while you are buried alive?

Now why am I taking you there? I’m taking you there because fear is a subconscious trigger whenever we feel threatened and the threat could be a threat for our very lives and when that happens we move into one of four modalities and modality number 1 is we try to fight this feeling. Number 2 is we freeze because were in such shock. Number 3, we may faint because of the neurochemistry that the fear causes or we might run away if we can run away.

Now these neurological reactions are our brains’ way of keeping us safe, which is the highest need and desire of the brain: safety above all else. 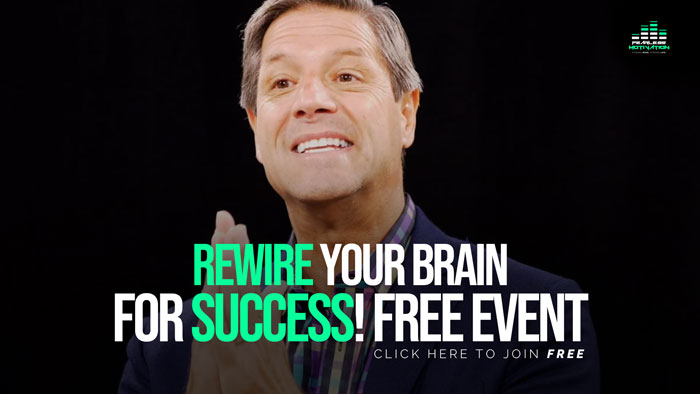 So when we are looking to achieve a goal that we want to achieve and it doesn’t matter if it’s to start a business, or grow a business, or leave a relationship that you’re not happy in, or a job that you’re miserable in… whenever we think about the actual behavior that is required to achieve that goal, once we get motivated in doing that, that’s part 1 of how our brain works, but right after that, our brain has to analyze if there’s any real of imagined danger associated with taking that action step.

So if you are going to leave a relationship that you’re not happy in, your brain is going to activate the memory circuits and discover what’s in there that may have caused you pain and suffering in the past.

And when that happens, whether its a relationship you want to leave, a job that you want to leave, a goal you want to achieve…your brain is always analyzing is there any danger here… and when there is real or imagined danger the amygdala part of the brain, the emotional response centre in the brain is going to fire off an amazing amount of neurochemicals like cortisol, epinephrine, or norepinephrine and it’s that rush of those neurochemicals that causes this emotion: energy in motion we label as fear.

Now once you have that rush of neurochemicals in your blood stream, that actually gives you an enormous amount of energy, what most people never have learned how to do is how to take that energy and channel it to action versus to fighting it, freezing or running away.

And so here is two little techniques I call them Innercises and they’re based on my new book called Innercise – the new science to unlock your brain’s hidden power – and it goes like this:

When you write down a goal you want to achieve and you write down a fear that you might have in achieving that goal… so it could be a fear of failure, a fear of succeeding and then failing, a fear of trying your best and it not being good enough and that’s gonna cause you to be embarrassed, ashamed, ridiculed, judged etc.

When you recognize a fear I want you to do this: Innercise number 1, it’s called Take 6 Calm the Circuits.

When fear neurochemicals are released in your brain you’ve activated the fear or stress response centre in the brain.

When you just observe the emotion called fear through being quiet and breathing 6 times in through your nose and out through your month like this:
You take a deep breath in for 5 seconds, you blow out like you’re blowing out through a straw… and if you do this 5 seconds in 5 seconds out, with 6 to 10 breaths, you’re going to deactivate the fear response centre and that actually is going to reactivate your thinking centre in your brain so that you can move on to Innercise number 2. 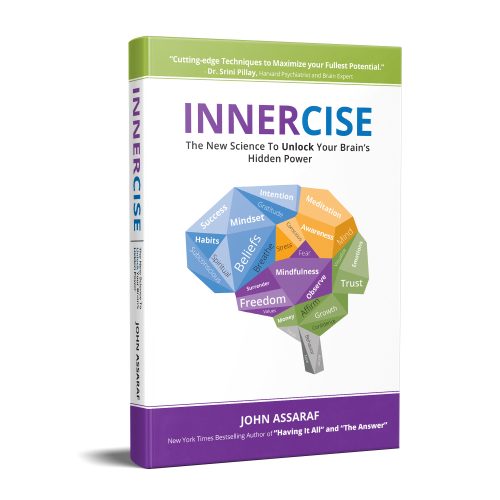 A-I-A and that stands for Awareness. Intention. Action.

So here’s how you do this; after you do the first Innercise, then you move to Innercise number 2 and then you ask yourself in a calm relaxed state:
What am I thinking right now?
What am I feeling right now?
Am I calm or am I tense?
Am I breathing
deeply or shallow?
Is my heartbeat fast or slow?

And then you ask yourself: What is one action step that I can take to move forward towards my goal and dream.

So this is how it works: After you do the Innercise number 1 to calm the circuits and to deactivate the reactive state that fear causes and then you move into the second Innercise called AIA to move into the responsive state awareness-intention-action now puts you in control of being aware of the fear, being aware of what you’ve been thinking and then being at choice of what you want to do.

So when you combine these 2 Innercises you are now reconfiguring the neural networking in your brain around the goal that you want to achieve and instead of allowing the real or imagined danger to control you or to stop you dead on your tracks, you take one action step in a calm state and that rewires your brain, so that the same reaction doesn’t hold you back anymore and that you are now able to use fear as your fuel for success.

Now, the other thing that you can use here is just a little added trick: they say because I am afraid of x, y or z, I’m going to take action anyway to overcome the fear.

And when you choose one small action step, not 10 or 20, but 1 small action step towards what you want to achieve, you will neutralize that fear over time, because you are being victorious over the fear, versus a victim of fear.

Fear is a neurological response to real or imagined threat. Most of the time it’s imagined because of something happening in your memory bank that you’ve read or heard, or experienced but I want you to be able to stare fear in the face in a calm way and choose your path forward to use your fear as fuel.

There’s your tip for the day, I hope you enjoyed it.