Two massive, ripped men stand in the main stage of 1979 IFBB Mr. Olympia contest. The final choice for the winner comes down to just these 2 men. One is Frank Zane, The Chemist, looking extremely shredded. Next to him stands a man almost 30 pounds heavier, with muscles that large, that Frank looks like he’s two weight classes below. The man next to Frank Zane was Mike Mentzer, “Mr. Heavy Duty”. The 1979 Mr. Olympia finals were among the most exciting in history and those two performers made the finals so exciting. Despite the odds, Frank won the competition and received standing ovations and a sportsman greeting from Mike. 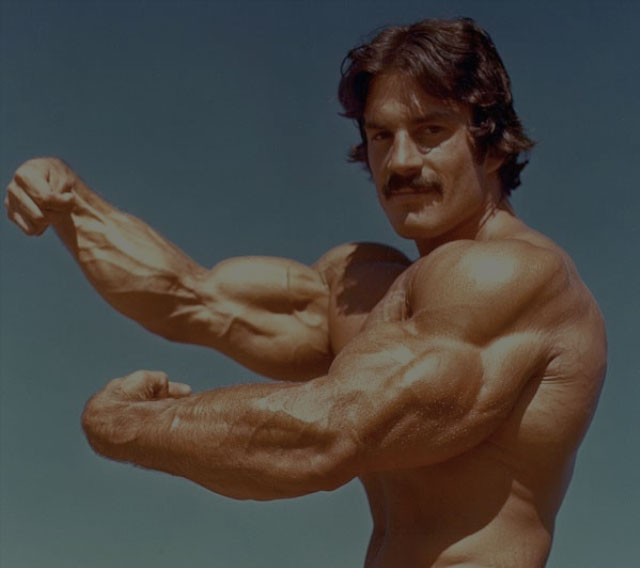 In the following year, he was a big opponent to the legendary Arnold Schwarzenegger. The finals in 1980 are one of the most debated finals in the history of bodybuilding. Arnold won in controversial finals, regardless of the fact that he was preparing for a movie shooting, not the competition. Mentzer, Zane and other contenders complained fiercely as the new champion was clearly not in the shape worthy of winning Mr. Olympia. The controversy made Mentzer so furious that he quit competitive bodybuilding.

Mike Mentzer was famous for its Heavy Duty training philosophy, claiming that “Other contenders are overtrained, and aren’t lifting serious weights at all.” Mike was incredibly muscular in his bodybuilding career, claiming that results came from his program that focused on heavy duty training and small amount of repetitions, longer rest periods, and massive weights. His critical thinking and the way of training produced a lot of attention in the media as he was antagonistic towards the fitness theories and training regimes that were popular at the time.

The radical approach was criticized at first, but later on, open-minded people started using the method, and the results in muscle growth were incredible. Mike’s obsession was not to be defined or strong; Mike aimed to gain as much muscle as genetically possible. He was one of the most controversial bodybuilders at the time and a creator of an incredible physique. Mike Mentzer changed the course of history and professional bodybuilding.

1. “Any exercise carried on beyond the least amount required to stimulate an optimal increase is not merely a waste of effort, it is actually highly counterproductive.” – Mike Mentzer Quotes 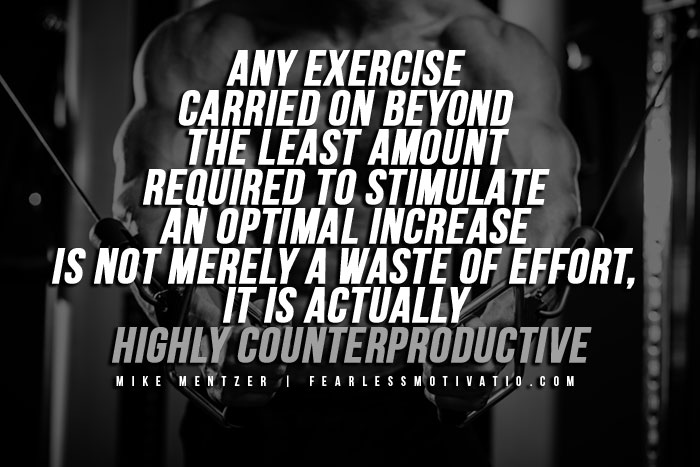 2.“In order to lead the orchestra, you must first turn your back to the crowd.” – Mike Mentzer Quotes

3. “The only one you can accurately compare yourself to is you!” – Mike Mentzer Quotes 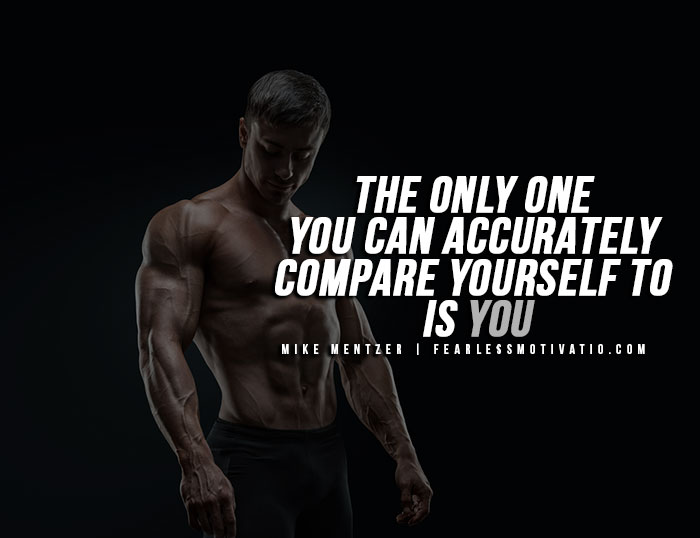 4. ” Carrying a set to a point where you are forced to utilize 100 percent of your momentary ability is the single most important factor in increasing size and strength.” – Mike Mentzer Quotes

5. “Man, is an indivisible entity, an integrated unit of mind and body.” – Mike Mentzer Quotes 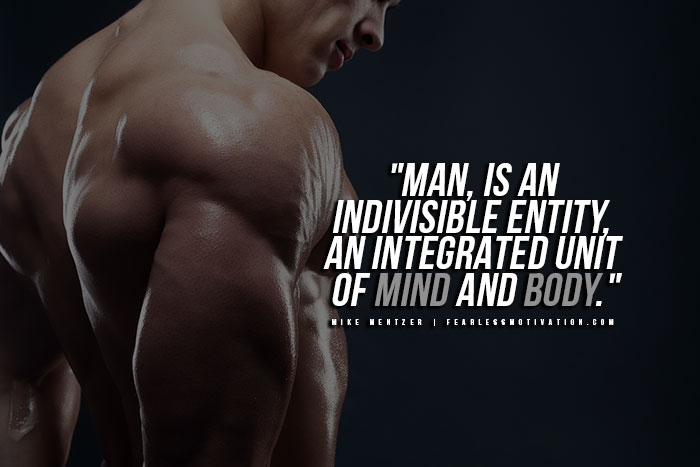 6. “It is the body that produces growth but only if left undisturbed during a sufficient rest period.” – Mike Mentzer Quotes

7. “Man’s proper stature is not one of mediocrity, failure, frustration, or defeat, but one of achievement, strength, and nobility. In short, man can and ought to be a hero.” – Mike Mentzer Quotes 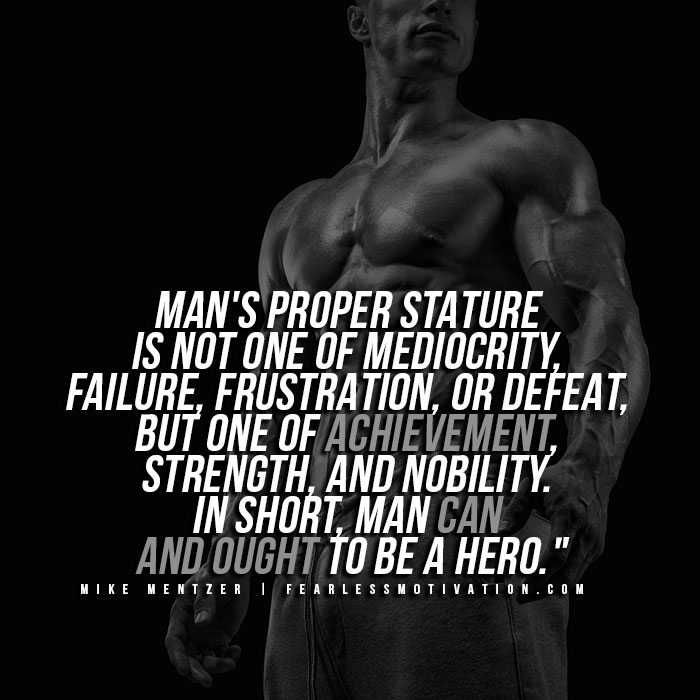 8.  “It is only within the context of having properly developed your mind that you will be able to truly enjoy the achievement of your material values, including that of a more muscular body.” – Mike Mentzer Quotes

9. “One cannot actualize his goals until he visualizes them clearly in the minds eye.”  Mike Mentzer Quotes 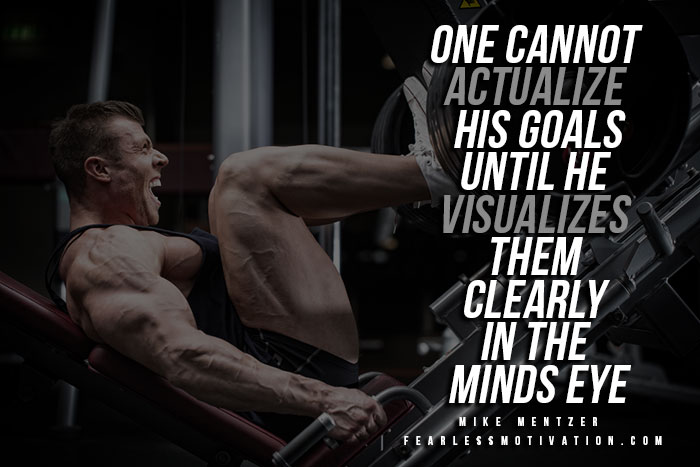