When you think of a famous NFL quarterback, which names come to your mind at first? Chances are, you’re going to think of Peyton Manning. A household name of old-school passing quarterbacks, Peyton Manning is a great leader, an incredibly smart athlete, and an amazing teammate. He won the last Super Bowl a month ago and decided to finish his career with this title. The astonishing career of this quarterback spans across 18 seasons, during which Peyton played for only two teams, Indianapolis Colts (13 seasons) and Denver Broncos (5 seasons).

From the beginning of his career, Peyton was a top prospect and a name to be reckoned with. He was selected as the first overall pick in 1998 NFL draft and started making a name for himself right away. Among his 18 seasons as a professional football player, he was sidelined for the whole season during the 2011 season, because of a severe neck injury. He returned stronger than ever in 2012, moving to Denver Broncos. Peyton Manning was named the season MVP five times, which is a record number of titles. In fact, he holds several NFL records: the most career touchdown passes and career passing yards, both achieved in two seasons in a row (2014 – 2015).

Peyton held the Vince Lombardi trophy once before the 2016 Super Bowl, and that happened in 2007, where he beat the Chicago Bears with his incredible offense. Before the record-setting 2014-2015, many claimed that the 2007-2008 was one of the best seasons Peyton Manning had in his career. While winning the Super Bowl XLI in 2007, Peyton Manning won another trophy – Super Bowl MVP. For a player of his caliber, two titles of “The best in the world” would seem small; we must add that he was close to winning them four times, but was prevented in Super Bowl XLIV and XLVIII, by New Orleans Saints and Seattle Seahawks.

Peyton often had bad luck in postseasons during his career. This was the reason many considered him. Still, there is an undeniable fact that Peyton Manning was one of the best professional quarterbacks that ever played the game of football. He was known for a very precise and strong arm, especially for the mid-range plays. Throughout his career, he went through a lot and emerged as a winner, both on the field and outside.

1. “It’s not wanting to win that makes you a winner; it’s refusing to fail.“ – Peyton Manning Quotes 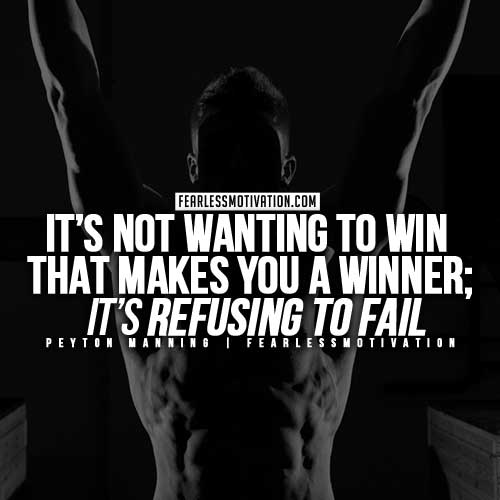 2. “Life is about choices. You ask the questions, and you listen to the answers. Then you listen to your heart.“ – Peyton Manning Quotes

3. “Pressure is something you feel when you don’t know what the hell you’re doing.“ – Peyton Manning Quotes 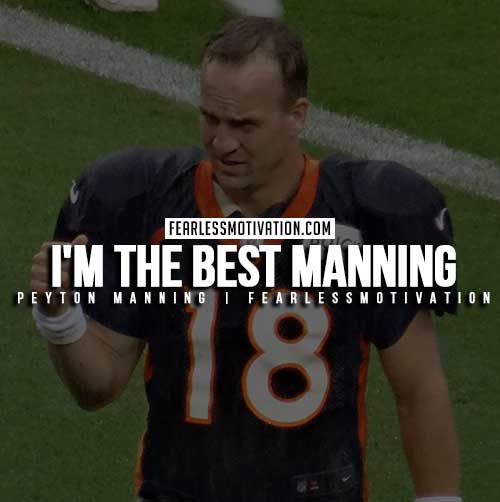 5. “You’ve got to remember what your priorities are. When you’re playing, what you do on the field is the most important thing.“ – Peyton Manning Quotes

6. “If you work hard and you play well, all those critics quiet themselves pretty quickly.“ – Peyton Manning Quotes 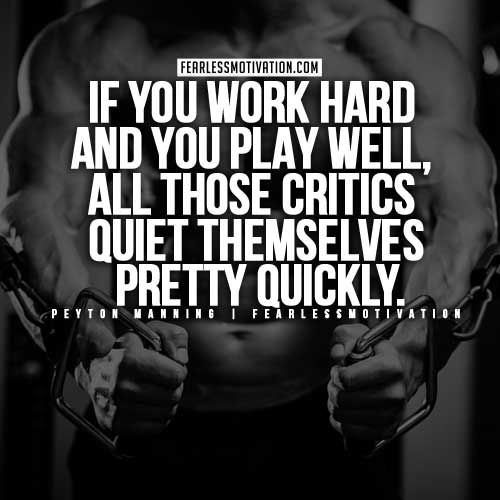 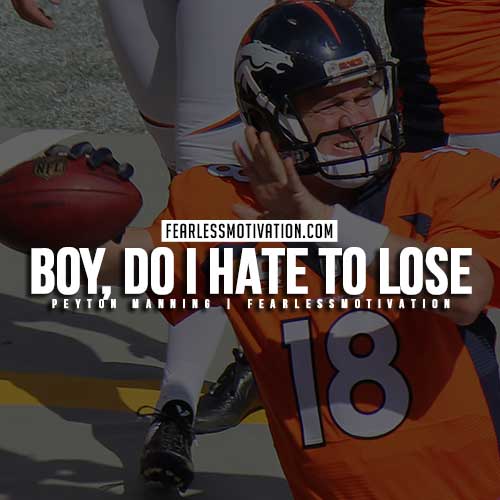 9. “I’ve never left the field saying, ‘I could have done more to get ready.’ And that gives me peace of mind.“ – Peyton Manning Quotes

10. “One thing that can never be sacrificed is your preparation and your work ethic.” – Peyton Manning Quotes

11. “It takes 20 years to build reputation and 5 minutes to ruin it.“ – Peyton Manning Quotes