To win the famous Mr. Olympia, you have to make a serious commitment. To win it four times, you need to be something else. Jay Cutler is an American professional bodybuilder who did that, becoming a legend in the fitness industry. On one of the most influential competitions in the world, The Arnold Classic, Jay Cutler was crowned for three consecutive years – 2002, 2003, and 2004. Keep in mind that these are just some of the competitions that he had won over the years. He is one of the most recognizable faces (and bodies) of the sport of bodybuilding and serve as an influence to many.

He started working in his family’s concrete business at the age of 11 and wasn’t that active in sports until he came to high school. Besides making a good amount of money in the family business, he had learned the importance of the work ethic in the early age and attributed that to his success. He excelled at football in high school because of his size and speed but realized soon that football is not his sport. He had a passion for lifting weights and loved seeing how his body responded to weight training.

At the age of eighteen, Jay Cutler entered the Gold’s Gym in Worcester, Maryland, and decided then and there to become the best bodybuilder in the world. After several competitions, he entered teen nationals in 1993 and won his weight division. 1993 was also the year that Jay graduated with criminal justice degree, but he knew deep inside that bodybuilding is his passion, and pursued that career instead. In 1996, he got his pro card and signed a contract with famous Joe Weider, the father of modern bodybuilding. That was the year that everything started to fit in its place for young Jay Cutler, and everything was changing for better.

Fast forward to today and Jay Cutler is a renowned expert in bodybuilding and a great business person. Because of his infamous work ethic, he accomplished everything that he wanted in sport, business, life, and remained a down-to-earth guy that he always was. There aren’t many individuals in the industry of fitness that are an inspiration to others as Jay Cutler.

1. “Surround yourself with people who dream BIGGER than you do.”- Jay Cutler Quotes

2. “It’s consistency. Stay with it. You have to do this day in, day out. It becomes a lifestyle.” – Jay Cutler Quotes 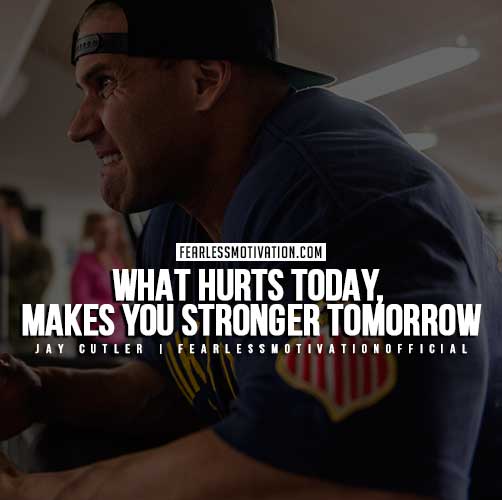 5. “Set your goals high, and don’t stop till you get there.” – Jay Cutler Quotes

6. “If you’re going to do something. You’re gonna do it all the way.” – Jay Cutler Quotes

10.” Yeah, we may stumble, but we always land higher and get where we need to be.” – Jay Cutler Quotes