Is it the ability to lift and move heavy objects? Usually, this is the first thing that comes to mind when the word “strength” is mentioned. But, is this all? Is this the true definition of this word?

This is a man who changed people’s views of what it means to be truly strong, via his YouTube channel Strengthcamp. He has also been an inspiration to millions, giving advice and answering questions about fitness and life in general. His mission is to help you become, what he calls “the strongest version of yourself.”

Elliott was born in the United States, in a poor family of Belizean immigrants. He started working out as a kid, coached by his uncle, and thanks to this athletic upbringing, Elliott earned a scholarship to a Division One Football program. There he majored in Exercise Science. After he got his degree, he started his business as a personal trainer and also began competing in the sport of Strongman. Hulse was quickly becoming one of the best in his weight category, and everything seemed well, up until he had torn his bicep.

This injury forced him to take some time off from working out, and also made him reconsider his life, and approach to fitness and strength. It was during this period that he developed his, now famous, Four Layers of Strength philosophy.

The first layer is a neuromuscular strength, or in simple words, the strength your body gets from lifting heavy things. The “common” people’s comprehension of strength.

The second layer is a physiological strength. This means eating healthy, taking care of your hormonal health and your organs. This layer is the base for neuromuscular strength.

The third layer is, what Elliott calls – energetic strength. This represents the way we choose to approach life and respond to events, or basically, the way we think about situations.

The fourth and final layer is, using all of the previously mentioned, to inspire others. A positive application of your overall strength, to the world and people who surround you.

This is the approach that Elliott uses with his clients, and as you can see, it is way beyond today’s conventional fitness mentality. Today he resides in St. Petersburg, Florida, with his wife and four children. He runs a gym and offers various services, all in favor of making YOU a better, stronger and happier human being. This man is a true inspiration and role model for anyone who aspires to live a fulfilled life.

2.“Courage is what you will experience and what you will grow, when the doubt is there but you do it anyway.” – Elliott Hulse Quotes 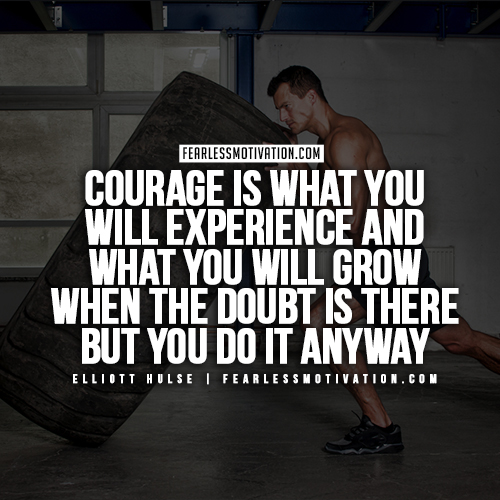 3.“You’ve gotta be fuckin’ quirky, quirky and weird. A lot of people don’t realize what it takes to be the best. The best means you’ve given up a lot of normalcy.” – Elliott Hulse Quotes

4.“Failure is an experience that lends wisdom, and ultimately makes you stronger.” – Elliott Hulse Quotes

5.“Growing stronger is about accumulating wisdom, learning from your mistakes and inspiring others to become the strongest version of themselves.” – Elliott Hulse Quotes

6.“Stop looking to authorities, universities, religion or governments to tell you who you are, what you’re capable of, or where you belong. YOU are the king of the kingdom inside.” – Elliott Hullse Quotes

7.“Do the thing that your heart is asking you to do regardless of the external circumstances.” – Elliott Hulse Quotes 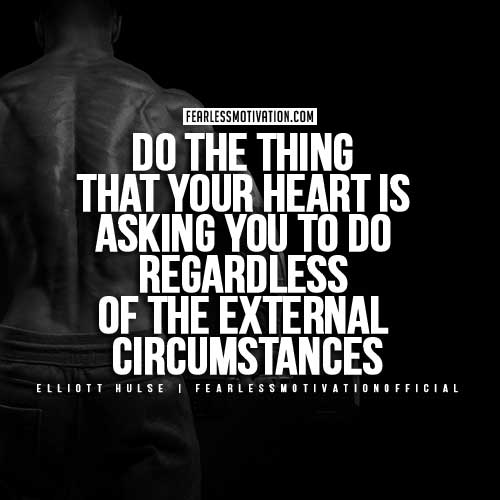 8.“It is very easy to manipulate people when all you give them is information. But when you teach people to start trusting their bodies, they become dangerous. Be dangerous.” – Elliott Hulse Quotes

9.“It’s not about what you get. It’s about who you’re becoming.” – Elliott Hulse Quotes 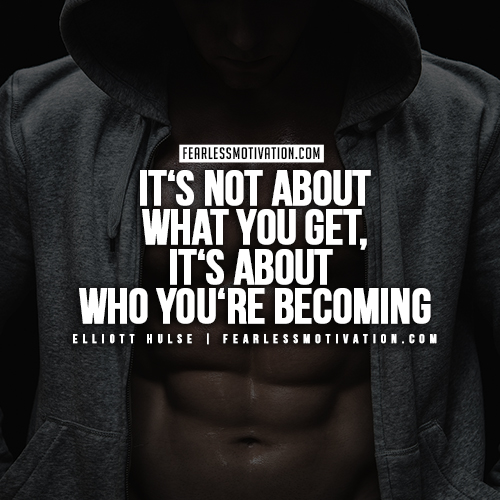 11.“To grow into a king without the flexibility of the lover, you become a tyrant.” – Elliott Hulse Quotes

ONE FOOD THAT DESTROYS GAINS

THE ONLY 4 EXERCISES THAT YOU NEED TO GROW STRONGER