The Hard Truth About Entrepreneurship

Ever since the Facebook Movie came out, entrepreneurship has been the sexy thing to do. I have been working at this for years, and I have had my fair share of failures. Entrepreneurship is not sexy at all, succeeding at it will be the hardest thing you ever do in your life. Here is what a lot of people won’t tell you about starting a business: The hard truth about entrepreneurship.

You Need Leadership to Grow

I see too many people want to be entrepreneurs so they can be bosses that strive for power instead of being leaders. People who just want the ability to tell you what to do are not real leaders. Leadership is about growing other people so that they can surpass you.

When a company has respected leadership everyone knows the direction, they feel passionate about what they are doing because they feel like they are supporting something greater than just their paycheck.

As soon as a job becomes about the paycheck, you know right away that the leadership is missing from the company. As soon as you see people constantly bickering and feeling lost about what to do, there is a lack of leadership.

The worst part about a company with no leadership is that the leaders will not even admit that they are leading the company horribly, and this just further frustrates the team. Will they give up decision-making power, though? No, because then they won’t get to feel powerful.

If you want to be an entrepreneur, you have to learn how to grow people. That will always be one of your primary jobs. Motivating people and making them feel like they can move mountains for your team because you believe in them so much.

It’s Not About Popularity. It’s About Making Money

In the ages of social media, it is sexier to announce you are running a business instead of grinding and running the business. Announcing what you are doing these days is cooler than actually doing it.

I will be the first to admit the only reason I know this is simply because of embarrassment. I have my share of failures that I announced and felt proud when I did.

When I started creating my current company, I never said one word about it on social media on my personal accounts. There was no point in my eyes. I had failed so much why bother announce it? Announcements can provide a sense of false success. If people were going to know about my business it was not going to come from friends; it was going to come from people that I don’t know.

It’s Not All Fun Games

There is nothing sexy about being an entrepreneur but people make it seem cool. Look at it like this.

Instead of being able to clock in and clock out at a job you now have no set hours.

Instead of being able to blame your boss for everything you become the one blamed.

You are responsible for making sure there is money to pay employees.

You are responsible for making sure your employee’s kids can eat.

When the company is lost, everyone will look to you.

Not only do you have to worry about your personal bills but you also have to pay your business bills and salaries.

If things don’t go well, you can’t just quit and find another job because you become emotionally attached to the success of the company.

There is nothing sexy about any of this. If you grind and you become of the few that makes it you will be lucky enough to see a reward but only after years of toil and pain.

Don’t be an entrepreneur because you think it will be all fun meetings at fancy clubs and restaurants with influential people. What they don’t show in the movies is all the work they put in for years behind the scenes.

Most Will NOT Believe in Anything You Say

I have been an idealist my whole life. When I first started talking to investors about Fixt, I make no joke when I say that they thought/think it was/is the stupidest idea ever. It forced me double-check my sanity on multiple occasions.

How could I think I was on to something so great while the rich people with money don’t believe in me at all? It made no sense to me!

You will never make it until you get to the point where you can say loud and proud “I don’t care what you think.” When you can wake up every day with that message for people who do not believe in you and your team, you have the determination required to be successful.

If you wait for others to believe in you, they won’t. What they will do is hop on the bandwagon when they perceive that you are now a huge success. 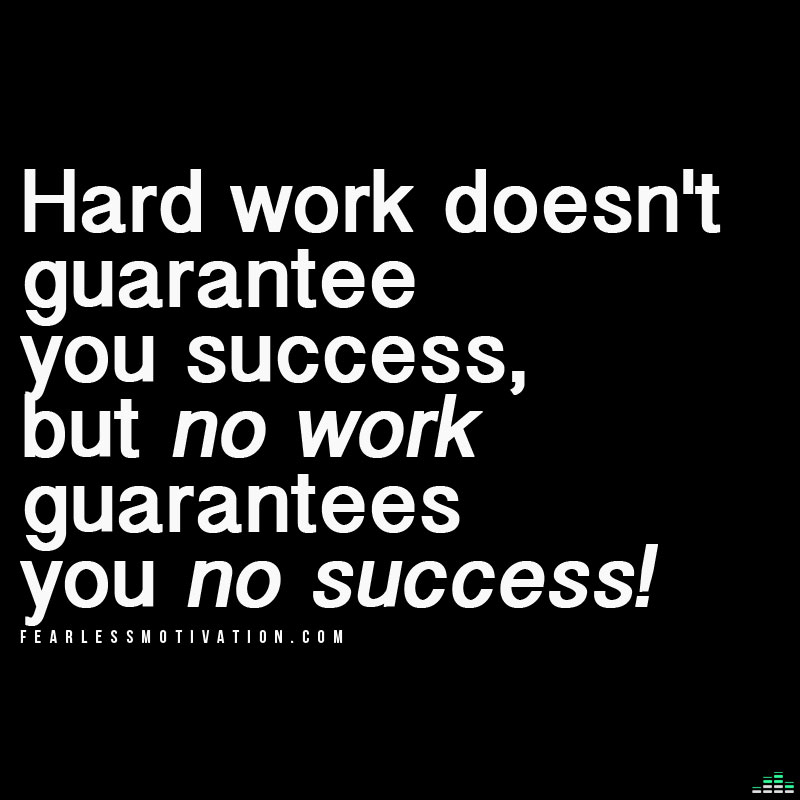 Building An Excellent Team Is Hard

It is so hard to attract people to your team that are on the level you need them to be at. Early on in a company, it is not just about hiring smart people; you need insanely hard workers also. Most people look to their friends at first, and this is usually an awful idea. Friends might be the most comfortable to work with but are not always the best.

Building an excellent team means that as an entrepreneur that you need to be excellent at sales. You need to convince people that probably are working other jobs to either quit or spend their evenings and weekends building a dream with you. That is not an easy sell, but it is required if you want to succeed.

Is This The Life For You?

No matter how you look at it, being an entrepreneur is hard but is also is worth it. To create and know that you control your destiny is powerful. The idea that is just getting a degree will make you successful is now dead. You need to train yourself to go towards the difficult things that you don’t want to do because on the other side of painful is who you were meant to be.